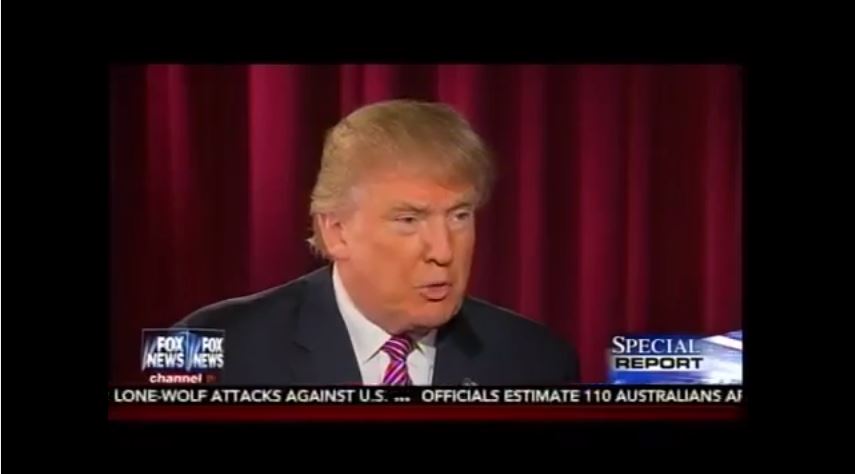 On Thursday evening, presumptive Republican presidential candidate Donald Trump had an interesting exchange with Bret Baier of Special Report on Fox News. During the discussion, Trump declined to answer whether he ever met Vladimir Putin and observed that Russians “want to be friendly with the United States.” Trump also implied that he is softening his position on illegal immigration, telling Baier that “…we have to negotiate. We have to see…” when asked if his illegal immigration stance is likely going to be more “nuanced.”

@ChuckNellis #Trump: Clintons are “terrific,” Hillary was better than everybody else as sec of state pic.twitter.com/SyIIyVARPR