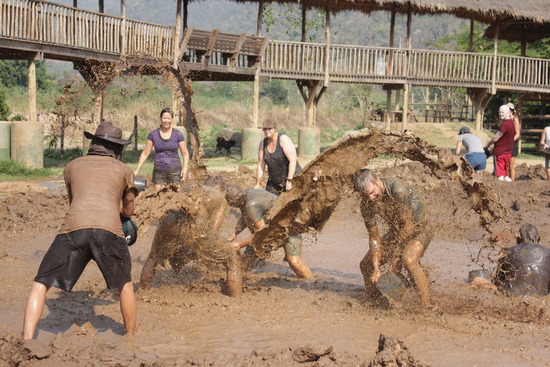 The big news from last week involved the Obama campaign publicly labeling Mitt Romney a liar and a felon charges that have been debunked by a number of fact checkers, but that President Obama is sticking with. The Council weighs in on how Governor Romney ought to respond to the overtly negative campaigning:

The Razor: I’m not a fan of the high road especially when it comes to Chicago politicians who pride themselves on bringing a gun to a knife fight. But jumping into the mud and duking it out with the Obama campaign will not work because the President will win an even fight thanks to the biased media favoring him.

Instead I might suggest a third way: Portraying Obama as a combination of two of the Left’s most hated figures, Richard Nixon and Joe McCarthy.

Paint Obama as out of touch and unhinged. Suggest he’s walking the hallways of the White House at night talking to the paintings. Portray his re-election brain trust as morally corrupt and incompetent as Nixon’s CREEP. Emphasize his amateurish attacks that weaken the stature of the president and hint at the sheer craziness and stupidity over the lengths Obama will go to land any punch no matter how inconsequential on his opponent (dig up more attacks on Hillary during the 2008 primary too). Finally, resurrect Army’s chief legal representative Joseph Nye Welch’s famous rebuke of Sen. McCarthy, “Have you no sense of decency, sir, at long last? Have you left no sense of decency?” This will emphasize the differences between Romney and Obama, Mitt’s professionalism versus the president’s amateurism, Romney’s impeccable moral character against Team Obama’s amorality, and ultimately the boring sanity of Romney’s leadership versus the cool yet completely inept style of the President.

The Colossus of Rhodey: It’s quite simple: Romney should parry each and every Obama negative ad/statement by turning it around on Obama himself as much as he can — just like he’s been doing of late. But the key is to NEVER LET ANYTHING GO UNANSWERED. And, of course, Mitt needs to intersperse many positive ads in there, too, so as to avoid the inevitable mainstream media criticism. (Which will happen *anyway*, of course, but Mitt should give them the least amount of ammunition possible.)

The Romney campaign will be accused of racism no matter WHAT it does (just look at the accusations of “pandering to white racists” while addressing the NAACP), so it shouldn’t walk on eggs about the issue. Not one bit. Everyone except hardcore leftists are beyond weary of specious “racism” charges, so being unafraid of such will help Mitt win over independents … and maybe even some fed-up liberals!

Joshuapundit: This execrable president has two considerable advantages – his race and the fact that a significant portion of the dinosaur media has a major investment in his re-election. Being aware of this, he has no compunction about not appearing presidential or demeaning his office. Call it the bigotry of low expectations, with all that implies.

Governor Romney, on the other hand, is fair game to be labeled ‘un-presidential’ or even racist if he simply fights fire with fire. While he needed to respond to this quickly (and I think he did a decent job of it) I hope he now has a better idea of the sort of people he’s dealing with. Both the campaign and the Super-pacs have ample ammunition to turn the label of ‘outsourcer’ right back on the president, and to illuminate the more unsavory aspects of his record.

What is vital for Romney is to remain positive, optimistic and share his vision an dplans for America’s future. Even with skewed polls that oversample Democrats by as much as 15%, President Obama is simply not winning enough people over with the sort of attacks he’s mounting…the polls remain essentially deadlocked. Even more importantly, President Obama’s approval rating has fallen from his 2008 numbers in all demographics, particularly among independents and even among groups like black voters where he still holds a substantial majority. The economy is unlikely to get better before election day, and the number of voters who believe the country is on the wrong track remains at 60%. it is going to be very difficult for Barack Obama to be re-elected with those numbers.

The Noisy Room: So far, I think Romney is doing an admirable job as is although he could be more aggressive. He should call out Obama on the lies point by point as he has recently started to do. He should stick to facts on Obama’s record over the last four years and his Marxist associations. I also believe his history of radical connections is more than fair game and Romney should use that. He should also call the President on his racism and eat the rich mentality. Romney should tell us how he will return the US to being a moral, good and free nation.

While he is doing all this though, he has to put forth what he would do differently. How he would change the tax code or get rid of it, how he would grow business for America and put people back to work, how he would reduce the deficit and how he would eliminate Obamacare and let the free market do its thing… Facts and honesty that the American voter can sink their teeth into. Not vague promises and platitudes. He should stress and outline how he would return to Constitutional principles as well and how he will strengthen and protect the US from enemies foreign and domestic.

On the first the campaign needs to get out in front of these more. Gov. Romney needs to release the customary 12 years of tax returns. And he should present a clear, simple explanation of his relationship with Bain after 1999 and stick to it.

On the second he should respond quickly and dispassionately to the substantive portions of the attacksand disregard the rest. Every attempt should be made to get out in front of them as soon as possible.

To be elected president, Gov. Romney needs to be seen as a viable president. The Obama re-election is trying to define Gov. Romney to the American people, most of whom haven’t been paying much attention to the primaries, etc., as not a viable president. To that end Gov. Romney should look and act presidential and produce a clear, affirmative statement of what his plans for the country are without enough detail to hang him on. Don’t wait for the Obama reelection campaign to define his views for him. It’s not enough just not to be Obama.

Make sure to tune in every Monday for the Watcher’s Forum. And remember, every Wednesday, the Council has its weekly contest with the members nominating two posts each, one written by themselves and one written by someone from outside the group for consideration by the whole Council. It’s a weekly magazine of some of the best stuff written in the blogosphere and you won’t want to miss it.