Missouri ACORN was long dominated by supporters of the Missouri/Kansas District of the Communist Party. 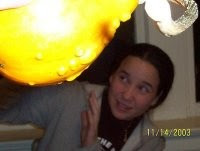 Terbrock, like many Missouri radicals, moves around between organizations like ACORN, Missouri Progressive Vote Coalition, Jobs with Justice, Health Care for America Now! and of course the Democratic Party. For a time Julie Terbrock was Legislative Assistant to State Representative Maria Chappelle-Nadal.

On March 24 this year Missourians Organizing for Reform and Empowerment, joined activists for the Missouri Progressive Vote Coalition, in a protest inside the Bank of America tower in St. Louis.

Tony Pecinovsky, district staff person for the Missouri/Kansas Communist Party reported the event for Peoples World and is clearly visible in the video below in his trademark beard, blue checked shirt and red fronted baseball cap.

Pecinovsky also serves on the board of Missouri Progressive Vote Coalition and is Secretary of St. Louis Jobs with Justice.

Even in heartland Missouri, the Communist Party USA beavers away to undermine free enterprise values and the American way of life.