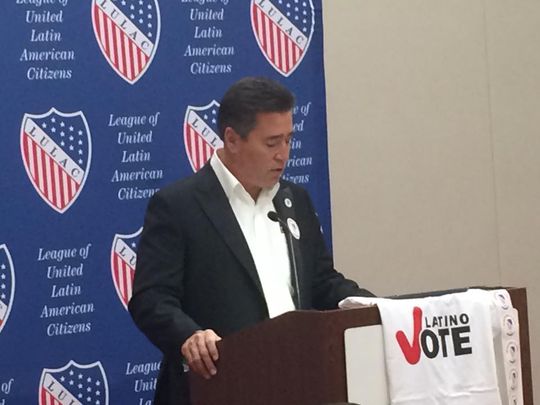 Joe Henry, is the National Vice President for the League of United Latin American Citizens based in Des Moines, Iowa. He is responsible for the twelve states that comprise the Midwest region of the LULAC.

LULAC is the nation’s largest and oldest Hispanic civil rights organization founded in 1929. A membership based organization with over 1,000 councils and 150,000 members throughout the United States. I am responsible for advocacy, awareness, civic engagement and education programs across the region.

In 2012, as state director for LULAC, Joe Henry worked with the ACLU to take on a 2-year battle against the Iowa Secretary of State who attempted to suppress the vote amongst Latinos and other minorities. He also led a successful 5-year statewide voter outreach effort that culminated in tens of thousands of additional registered Latino Voters, a first ever data base of identified registered Latino Voters and a record turnout of Latinos in the 2016 Iowa Presidential Caucuses.

Joe Henry is also a thirty-year veteran of the Communist Party USA. He serves on the party’s National Political Commission, the Communist Party body delegated to work with “progressive” Democrats to advance the communist agenda within the Democratic Party.

In 2014, Joe Henry was included on a list of “50 of Iowa’s makers and shakers for the Democratic presidential caucuses/”

Henry, 58, is the state director for the League of United Latin American Citizens and a Des Moines real estate agent with lots of connections. He is sought after for advice on a niche market in Iowa politics: Hispanic voters.

Joe Henry has run for Iowa state representative and the Des Moines City Council on the Democratic Party ticket. In the early 2000s, he managed three successful city council campaigns in Des Moines.

Henry has also worked as executive director for Tobacco Free Iowa which was “funded by a national grant for the purpose of educating the public on the dangers of second hand smoke.”

He was also development director for environmental and land use group 1000 Friends of Iowa and Field Director for Iowans for Sensible Priorities, “a non profit to educate the public and the presidential candidates about (the) national budget.

From 1992 to 1999, Joe Henry served as International Representative for the International Brotherhood of Teamsters in Washington DC.