Treason doth never prosper, what’s the reason? For if it prosper, none dare call it Treason. – John Harrington

Those who believe, and adopt exile, and fight for the Faith, in the cause of Allah as well as those who give (them) asylum and aid, – these are (all) in very truth the Believers: for them is the forgiveness of sins and a provision most generous. – Qu’ran, Surah Al-Anfal, 74

The future must not belong to those who slander the Prophet of Islam. – President Barack Hussein Obama

This week’s winning essay, The Noisy Room’s Why Is Small Town America Being Inundated With Muslim Immigrants?, is her incisive look at yet another way President Obama is changing America… by flooding heartland America with Muslims from countries where the vast majority of the inhabitants have values and a culture totally inimical to our Constitution as well as our notions of freedom, tolerance and human liberty. Here’s a slice:

Looks like my old stomping grounds in Montana are heating up. People there are not taking Obama’s plan to force refugees on them lying down. There was a protest in Missoula, Montana at 10 a.m. this morning over that very issue. It is just one of many battles brewing out there in small town America.

Small towns in the sparsely populated parts of America are the perfect place to relocate these refugees. Especially, if your agenda includes politically terraforming the country. The West is historically conservative in their politics. Many are Republicans and Libertarians. Even the Democrats hearken back to an earlier time when they were more conservative in nature. Obama and the Democrats can’t have that. They need to have an entire country willing to submit to Marxist diktats. They need areas seeded with those who will vote Democrat and ensure that they stay in power no matter what.

And it’s not just voting demographics that are pushing this move either. I personally believe that there is a warped logic to all of this. That if Islam can be made the predominant religion in America, people will be more easily controlled. That’s insane of course and won’t work, but there you have it. Instead, Shariah law will be implemented and you will see the same atrocities occurring in Europe happen here. The big difference being, that at least for now, Americans are armed and will use those weapons to protect their neighbors, loved ones and country.

Bringing in the refugees also moves forward the Cloward and Piven strategy to overwhelm the system so it will collapse and cause chaos in the streets. These people want to tear the system apart, so they can replace it with something truly heinous. The Obama administration will never admit that this is the plan, but can you honestly look at what is going on today and tell me it isn’t? Our borders are wide open. We are not vetting anyone to speak of and security here in the US is worse than before 9/11. 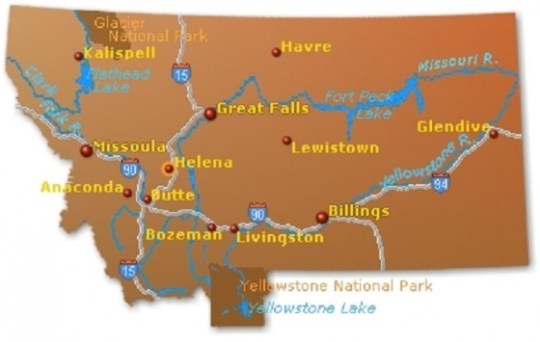 Communities in states such as Idaho, Montana, North Dakota and Kansas are being infused with Muslim refugees even though they are not wanted by the residents or the local law enforcement. The feds and their leaders are not giving them a choice. Wyoming is the only state currently not participating in the program, but even the governor there wants to jump in it. Living in large cities would be too costly for the refugees and more can be accomplished with seeding them across the plains. In a small town, they can turn everything to their advantage in short order. Since many of our larger cities are already flooded with immigrants from south of the border and from Muslim nations, in many respects they have at least partially fallen to the ploy already. This is the fundamental transformation of America in play. South Carolina, Idaho, Minnesota, North Dakota and Michigan are vigorously fighting against this program and Obama’s ‘change’.

The same entitlements, jobs, lodging and freebies will be given to these refugees in small town America. But that will mean taking more and more away from locals in these same communities. These immigrants bring crime and disease with them. As crime rises, people will leave which will hasten the take over of these towns. At least that is what Obama and his friends hope for. I pray that people dig in and decide to stay and fight if they can.

Which brings me back to Missoula where they had a protest this morning in front of the county courthouse. Refugees are being brought into Helena and Missoula and the people there don’t want them. We’re talking about hundreds of Muslims. Other rallies in Twin Falls, Idaho and Fargo, North Dakota are planned as well. I have friends in Idaho that just won’t stand for this invasion.

It’s the same old story here. NGOs with lots of money and a pro-immigrant agenda are seeking out politicians who can be bought basically, or that can be forced into compliance one way or the other. These individuals, such as Sand Point, Idaho, Mayor Shelby Rognstad, conspire against their constituency until they are forced by the people to back down. The politicians in Missoula seem to have sold out to this movement. Oh, what I wouldn’t give to find out what each of them was offered in exchange for their support in resettling large number of Islamic refugees in their areas.

In our non-Council category, the winner was Tucker Carlson in Politico Magazine with Donald Trump Is Shocking, Vulgar and Right, submitted by The Noisy Room.

Donald Trump has his detractors, but no one can deny that he has struck a chord among many Americans. Tucker Carlson does a wonderful job of exploring why that is, attracting the deranged hatred of some of Politico’s rabid leftists.

China’s Mass Murder Experiment, Phase Two
2022-11-30  0 Comments
By: Cliff Kincaid Of all the things Dr. Anthony Fauci said, perhaps the most incriminating was that he didn’t “have...