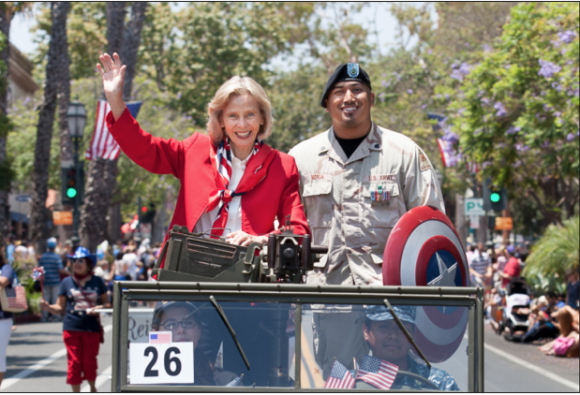 Investigative reporter and five-time Emmy Award winner Peter Lance has investigated government cover-ups in some of the biggest stories—9/11, TWA 800 and the Oklahoma City bombing cases. His recent work has been probing the office of Rep. Lois Capps (D-CA) for The Santa Barbara News-Press, in a case that reaches all the way up into the Office of General Counsel for the U.S. House.

Lance is facing obstacles in this case, like many others he’s covered, but is determined to reveal the complete truth, and demand justice for the family of a young woman whose death was caused by a congressional staffer employed by Capps.

Lance tells Accuracy in Media that he is troubled by the general failure of the national press to cover the unfolding corruption scandal.

He is not new to controversy. Former Chicago U.S. Attorney and Valerie Plame Special Prosecutor Patrick Fitzgerald spent 20 months, beginning in 2007, trying unsuccessfully to kill Lance’s HarperCollins FBI counter-terrorism book Triple Cross. Lance had argued in his book that Fitzgerald and other senior Department of Justice and FBI officials failed to properly follow up on hard evidence about al-Qaeda activities on U.S. soil.

In this case, Mallory Rae Dies, a 27-year-old University of California, Santa Barbara graduate, was struck and killed by one of Capps’ district representatives, Raymond Morua, after he had been drinking heavily. Morua fled the scene, after stopping his vehicle and looking down at the body, and finally crashed after an 80-mph chase.

The Office of General Counsel of the House of Representatives took the position, as Capps did, that she had no responsibility for the actions of her aide on the night of the hit-and-run murder.

Yet, the facts show that Morua was an Iraq War vet who made dozens of public appearances with Capps and handled “constituent liaison,” and other matters, for the congresswoman. One photo shows Capps and Morua together in a High Mobility Multipurpose Wheeled Vehicle during the 2013 4th of July parade in Santa Barbara. Appearing in uniform, as he often did at such events, Morua carried his signature Captain America shield.

It is understandable why Capps would want to distance herself from Morua, considering the horrendous nature of what he did. But she employed him. What’s more, citing incriminating documents and messages, the Lance series makes it absolutely clear that Morua was indeed working on the congresswoman’s behalf when he got drunk and killed Mallory Rae Dies.

The record, as documented by Peter Lance in his five-part series of articles, is that these efforts took the form of maneuvers to first protect the staffer from prison time, and then to completely avoid legal responsibility for what is obviously official business on Capp’s behalf.

The case represents some of the sleaziest conduct ever alleged and documented about the actions of a member of Congress and her staff, who were clearly determined to protect the representative from negative fallout and bad press.

They didn’t count on a journalist with Lance’s reputation to get to the bottom of the scandal.

Incredibly, the congresswoman continues to deny any official role and responsibility for Morua’s conduct, and further claims that she was unaware that Morua had two prior DUI convictions and a hit-and-run on his record, not to mention a conviction for grand theft embezzlement. From now on, she insists, employees will undergo criminal background checks—as if this is supposed to take care of the problems in her office.

The case even includes sensational allegations of forged documents, stemming from accusations that Capps’ District Director Mollie Culver forged official VA forms to get Morua into a treatment facility, in order to avoid jail time for him.

The stench of corruption surrounding the case has gotten so strong that the Dies family is asking Santa Barbara County District Attorney Joyce E. Dudley to allow a special federal prosecutor to get to the bottom of the growing scandal. Dudley is considered so close to Capps that she may be unable to investigate the case thoroughly, and without favor, to the congresswoman.

Since last Wednesday the Dies family has gathered nearly 1,000 names on a petition to have an independent probe.

The facts, as uncovered by Peter Lance, show that Morua downed eight drinks in the space of five hours, and got into his Dodge Caliber with a blood alcohol level of 17—more than twice the legal limit—only to strike and kill Mallory Rae Dies as she was crossing the street in a legal crosswalk.

Because the death occurred after he attended a holiday party for Capps last December, Lance says that the Capps’ office seemed to accept responsibility, at least in part, by arranging to get Morua into a VA treatment facility. But after Morua took personal responsibility for the crime and pled guilty, Capps’ office claimed he wasn’t working for her the night of the murder. This change in approach was made in order to avoid the prospect of the congresswoman being sued to recover the costs of the medical bills for the Dies family. Morua faces 20 years to life in prison when he is sentenced.

The decision by the Office of General Counsel to take Capps’ side in the legal dispute does not mean that the congresswoman is off the hook, however. Indeed, the denial of the legal claim by that office has led to a full-fledged lawsuit against Capps, Morua, and the U.S. House of Representatives.

Lance counts three cover-ups: (1) an ongoing cover-up by Capps herself who, as the person in charge of her office, hired Morua and supervised his actions; (2) stonewalling now by the VA, which was involved in the initial scheme to get Morua out of jail and into a VA-funded treatment facility, and (3) interference in the case by a lawyer from the U.S. House’s Office of General Counsel, who allegedly tried to tamper with evidence.

While outside media interest is starting to build, Lance tells Accuracy in Media that there has been surprisingly little national attention for his explosive findings.

1 thought on “A Congressional Scandal of Murder and Cover-Up”