The Communist Party USA has long assigned members to churches, synagogues, even tabernacles.

As part of the CPUSA’s big push for power under the Obama administration the party is stepping up its infiltration of organized religion.

CHICAGO — The Communist Party USA has established a new Religion Commission to strengthen its work among religious people and organizations. In its leadership are activists representing various religious traditions from around the country. Tim Yeager, a Chicago trade unionist and a member of the Episcopal Church, serves as its chair. 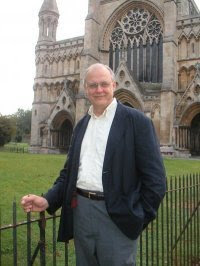 “We want to reach out to religious people and communities, to find ways of improving our coalition work with them, and to welcome people of faith into the party,” Yeager said. “We invite questions and responses from people who would like to dialogue with us on matters pertaining to religion, Marxism and the struggle for more peaceful, just and secure world.”

There is a common misconception concerning the position of the Communist Party USA about religion, Yeager noted. Many who are unfamiliar with the party wrongly assume that all Communists are atheists, or that the party requires its members to be atheists. Nothing could be farther from the truth, he said. Religious people are welcome to join. The party’s Constitution specifically states that membership is open to “[a]ny person living in the United States, 18 years of age or over, regardless of race, color, national origin, sexual orientation, gender, or religious belief…”

Yeager acknowledged that relations between some Marxist parties and religious institutions in other parts of the world have been marked by conflict. In tsarist Russia, the Russian Orthodox Church had been an arm of the state, and its leadership was opposed to the Revolution. The Bolsheviks adopted an official atheist position, and for many years waged a struggle against organized religion. Elsewhere, such as in Latin America, Marxist parties and religious progressives have worked together against repressive regimes and imperialist intervention.

“There has been no state church in the United States since shortly after we gained our independence, and we have a tradition of religious diversity,” Yeager said. “The so-called Christian Right in recent years has certainly made progress, but some of the greatest leaders in our history have been men and women of faith, and our party has been proud to work with them. The best known example, of course, would be the Rev. Dr. Martin Luther King, Jr.”

The Religion Commission will be producing articles on matters pertaining to religion and social progress, he said. Its goal is to share with the broader people’s movement the party’s thinking on the religious aspects of current struggles, taking up theoretical questions, and discussing the relationships, contradictions and commonalities among science, Marxism and religion. The commission also announced plans to hold a series of gatherings around the country, open to the public, to discuss how people from religious traditions and the party can better work together, building toward a national conference in 2010.

“As Marx said, the goal is not merely to explain the world, but to change it. We hope that the new Religion Commission will help build greater unity toward that end,” Yeager said. “We welcome people from faith communities to join us.”

He has also been active in the communist front

We Can’t Impeach Our Way Out Of This
2022-08-16  0 Comments
By: Cliff Kincaid Communism has come to America but the conservative and Republican establishments can’t admit it. They are afraid...

Hat Tip To At Least One Whistleblower
2022-08-13  0 Comments
By: Denise Simon | Founders Code Primer: According to Bloomberg News, the Biden administration is also reallocating $860 million in funding for...

The Presidency From Hell
2022-08-12  0 Comments
By: Cliff Kincaid Joel Gilbert argues that Michelle Obama will replace Joe Biden as the Democratic Party presidential nominee in 2024. Whether...