In recent years, the US Democratic Party aligned “progressive” left has held an annual Take Back America conference.

Organised by the Campaign for America’s Future, the conference gathers up to 3,000 unionists and activists, including supporters of Progressive Democrats of America, , the Communist Party and Young Communist League.

It’s a chance for the Democrats presidential contenders to woo leftist support and get the hard core activists on their side.

According to the Communist Party’s People’s Weekly World, Hillary Clinton didn’t do so well, John Edwards did very well, but the CPUSA’s idol, Barack Obama came out on top. 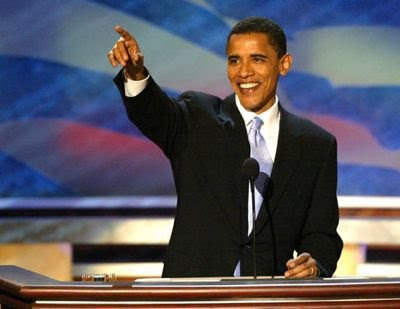 At the 3,000-person conference Obama certainly got rock star status. The atmosphere was indeed electrifying and the crowd seemed to appreciate his “vision” speech designed to inspire even the most cynical into believing that hope is still alive.

Overall, Obama polled at 29 percent, Edwards at 26 percent, Hillary Clinton at 17 percent, Bill Richardson at 9 percent, and Al Gore — a write-in — at 8 percent, topping left favorite Ohio Rep. Dennis Kucinich who got 5 percent. Former Alaska Sen. Mike Gravel, Sen. Chris Dodd of Connecticut and Sen. Joe Biden of Delaware all got 1 percent. Gravel was the only one of the last three who addressed the conference, introduced by Ralph Nader, who got a lukewarm reception.

But Obama’s vision appeared to resonate profoundly among voters aged 18-29, who gave him a whopping 40 percent.

With the first primaries still six-plus months away, there is still a lot of campaigning ahead. This poll is really an indication of the struggle over the direction of the Democratic Party and who among its base will be in the driver’s seat.

Progressives, energized by the 2006 congressional victory and hungry for a 2008 sweep, have some momentum, fueled by broad public opinion wanting real change on Iraq and health care. But there is still a ways to go to turn that into a committed grassroots operation that can win the hearts and minds of voters from Augusta, Ga., to Zanesville, Ohio.