Per the WSJ in part: World Health Organization investigators are honing their search for animals that could have spread the new coronavirus to humans, identifying two—ferret badgers and rabbits—that can carry the virus and were sold at a Chinese market where many early cases emerged.

Members of a WHO team probing the pandemic’s origins say further investigation is needed into suppliers of those and other animals at the market, some of which came from a region of China near its Southeast Asian borders where the closest known relatives of the virus have been found in bats.

Team members say they have yet to establish all the creatures sold, legally or illegally, alive or dead, at the market in the Chinese city of Wuhan that was tied to the first known cluster of cases in December 2019.

The WHO team is juggling multiple competing hypotheses and still isn’t sure if the virus first jumped from animals to humans at the market or if it was circulating elsewhere first.

Has anyone asked what wildlife China exports to the United States? Hello investigative journalists, where are you? What would Customs and Border Patrol have to report on this matter? They do the inspections or should when not chasing illegal migrants coming across our Southern border or working with ICE to track down criminal aliens.

Wild products are regarded as superior to farm-raised, and the legal market simply makes it easier to launder poached animal products.

During a recent EIA investigation in China, undercover agents spoke with three different ivory traders who all said that at least 90 percent of what they trade legally is poached, said Thornton. A common method of feeding illegal products into the market is reusing and counterfeiting government-issued permits. Meanwhile, about 96 African elephants are killed each day for their ivory, a rate that could wipe them out within a decade.

China is the largest market for illegal wildlife products – and the market continues to grow. “Wildlife species that are bred in captivity for commercial purposes make some products widely available, which drives up consumer demand and increases poaching in the wild,” said Sharon Guynup, an environmental journalist and Wilson Center public policy fellow.

In one campaign, Chinese pop stars, athletes, TV celebrities, and CEOs denounced buying wildlife products in a series of public service announcements and ads that were posted on billboards, buses, in airports, and other public places. Another initiative targeted the belief that ivory comes from elephant teeth and the extraction didn’t kill them. An IFAW survey found that in 2007, 70 percent of Chinese people didn’t know that elephants died for the ivory trade. Three years into a campaign to change this misconception, they found that of the 44 percent of people who had bought ivory in the past year, only seven percent said they would do so again.

Humm, it is quite the business it seems.  China Animal Exports to the United States in 2018 were more than $2 million.

In 2018, the top partner countries to which China Exports Animal include Hong Kong, China, Japan, the United States, and Korea, among others. Details here.

One must also ask what other countries trade animals with China that also partner with the United States that put the health of humans at risk?

Last April, Fox News at least touched on the matter: 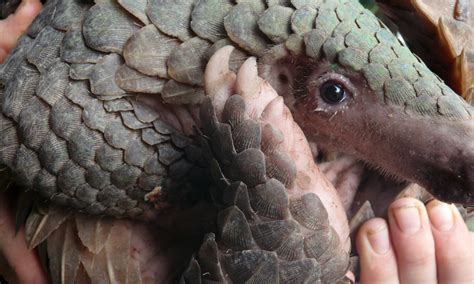 China is offering tax incentives to wild animal exports despite banning their sale and consumption within the country amid fears that the practice was responsible for the global COVID-19 pandemic, according to a Sunday report.

Although no consensus has been reached on the virus’ origins, multiple studies have pointed to so-called “wet markets” in the southeastern Chinese city of Wuhan, where wild animals were bought and sold for consumption.

COVID-19 is one of a “family” of coronaviruses commonly found in bats. It is suspected to have passed through a mammal, perhaps pangolins – the most-trafficked animal on the planet – before jumping to humans.

At these wet markets, live, wild-caught animals, farm-raised wild species and livestock frequently intermingle in unsanitary conditions that are highly stressful for the animals – circumstances that are ripe for infection and spillover.

In February, China’s government banned the sale and consumption of wild animals, saying that its “potential risk to public health has aroused wide public concern.”

But within a few weeks, the country’s Ministry of Finance and tax authority announced it would offer tax incentives to the export of wild animal products, The Wall Street Journal reported, citing government records.

1 thought on “WHO Reports Other Possible Diseased Animals And Covid”

Interview: Trevor Loudon with J.R. Nyquist
2022-12-08  0 Comments
Discussion with Jeff Nyquist regarding the significance of the Ukrainian war in the context of international communism, the Russia/China alliance,...

The Best Christmas Bargain: A Free Ukraine
2022-12-05  1 Comment
By: Cliff Kincaid As people buy bargains on Black Friday and Cyber Monday, America is getting one of the best...