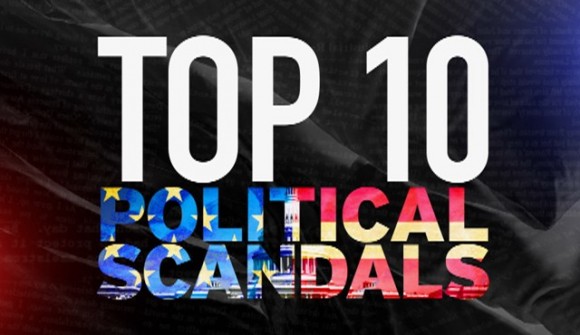 By: Roger Aronoff
Accuracy in Media Spy scandals might be sexy, but does the Valerie Plame “scandal” really deserve to be ranked alongside the sex scandals of Larry Craig, Anthony Weiner, and John Edwards? Earlier this month, ABC News ranked the Top 10 Political Scandals of the 21st century in a primetime special. Eight of the ten were sex-related scandals; one was about Rod Blagojevich, the former Illinois governor now serving a prison term for corruption; and the other was what the Bush administration supposedly did to the career of “outed CIA agent” Valerie Plame.

“Tonight an outrageous, irreverent, top 10 list of the bad boys club,” stated the voice-over for the special. But they never quite say who the “bad boy” is in the case of Valerie Plame. The real scandal is ABC’s inclusion of this story as one of its Top 10.

A spokesperson for the network said that “A panel of politicos helped us put together the top ten scandals of the century.” Those politicos reached outside the “bad boy” box to target what they considered an abuse of power, but they widely missed their mark. One might question whether the IRS or Benghazi scandals of the Obama administration might deserve to be included as top political scandals of the 21st century, given the direction taken with Plame and the abuse heaped on the Bush administration here. Then again, those might have actually reflected badly on the Obama administration, a theme almost always off-limits for the mainstream media.

When asked about the motivations behind choosing these particular scandals, a representative for ABC wrote AIM that “Part of what made this show unique was the input from political players and pundits across the political spectrum. Many scandals were discussed—these generated the most and the most passionate discussion so that’s where we focused our efforts.” It was described as “an unscientific and fun countdown.”

However, early on, viewers of this program, produced by Lincoln Square Productions, a production house owned by ABC News, were assaulted with two minutes of error-filled misrepresentations and lies about Valerie Plame and the Bush administration, ranked Number 9 of the 10 scandals.

The section heavily features Plame talking about her husband and those who “outed her,” supposedly for political reasons. “It just felt like I had been sucker-punched. I was concerned about the assets with whom I had worked with over the years, because they were in jeopardy,” said Plame in the segment.

Now she gets to make movies, write books, and go on television to talk about what happened to her—all the high profile actions of someone who doesn’t seem at all concerned about what happens to those who knew her in her former career. Or maybe she thinks at this point it doesn’t matter. But at some point it did. “To expose Valerie Plame, and put her at some risk, shows just how angry they were and how vindictive they could be. It was an abuse of power,” claimed Terry Moran, ABC News Chief Foreign Correspondent, during the broadcast. This fits with the set of events as Plame and Wilson would wish their audience to see them.

It ignores the fact that Wilson deliberately placed himself in the spotlight in the first place. “Those news stories about that unnamed former envoy who went to Niger? That’s me,” wrote Wilson in a 2003 op-ed. Not content to be cited as a source regarding the evidence for the absence of nuclear weapons in Iraq, Wilson had to go on record as the source himself. He outed himself to the media, as this column shows.

I pointed out in a report critiquing the movie based on Plame’s book, Fair Game, many of the distortions and inaccuracies built into her story. Stan Crock, in World Affairs Journal, wrote, “Valerie Plame says in her memoir that she read the report that the CIA wrote immediately after debriefing Wilson on his trip and also read his column before it was published. She added that she thought the column was accurate. She said the report was only a few pages long. No one, let alone a professional intelligence officer, could have missed the part about Iraq trying to buy yellowcake. She had to know the column was wrong, but evidently said nothing. So she was anything but an innocent bystander as her husband created a political firestorm.”

The late Christopher Hitchens, in 2006, reported that there was indeed evidence that Saddam Hussein may have sought uranium from Niger, contrary to Wilson’s report.

Even The Washington Post called Joe Wilson a “blowhard,” and said that all of the major claims in his op-ed “were false.”

But, according to the ABC broadcast, “Valerie Plame was an undercover CIA spy until someone in the White House blew her cover because they were pissed at her husband. Wow.” Actually, it was State Department official Richard Armitage, who was himself opposed to the war in Iraq, who leaked Valerie Plame’s CIA identity to the late Robert Novak. Novak was also opposed to the war, and wrote regarding the duo, “Wilson never worked for the CIA, but his wife, Valerie Plame, is an agency operative on weapons of mass destruction. Two senior administration officials told me that Wilson’s wife suggested sending him to Niger to investigate the Italian report.”

The ABC segment on Plame took the time to highlight the film Fair Game, but not what the media has said about its falsifications and misrepresentations. As I wrote in 2011, “The three basic lies of the story they tell are these: 1) The Bush administration knowingly lied us into war against Saddam Hussein’s Iraq by twisting evidence to make people believe that Saddam had weapons of mass destruction (WMD) and was a threat to this country; and 2) when former ambassador Wilson blew the whistle on Bush and Cheney for doing so, they got back at him by outing his wife, a covert CIA agent; and 3) Scooter Libby led the White House effort to out Ms. Plame and discredit her husband, and then took the fall for the administration.”

“Within these lies are a whole series of lies and misrepresentations and deliberate damage done to the reputations of a lot of people.”

The Washington Post said the film is “full of distortions—not to mention outright inventions.”

This ABC segment continues Wilson and Plame’s lies and misrepresentations by appearing to rely on the same tales that we and others have already debunked. They should know better. It’s unfortunate that this story has to be re-litigated time and again.

If political scandals were in their pile of considerations, what about the scandals of the Obama administration, including Operation Fast and Furious, Solyndra, using the IRS to target and hamstring political enemies during an election cycle, Benghazi—not to mention lying to the American people to sell them Obamacare, promising “If you like your healthcare plan, you can keep it. Period.” No scandals there?

Roger Aronoff is the Editor of Accuracy in Media, and can be contacted at roger.aronoff@aim.org. View the complete archives from Roger Aronoff.