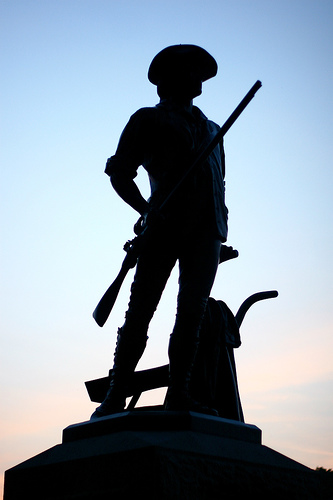 Romney Roasts Obama, Media at Annual Al Smith Dinner:
‘So Little Time, So Much to Redistribute’

Quote of the night: “In the spirit of Sesame Street, the president’s remarks tonight are brought to you by the letter ‘O’ and the number 16 trillion.”

Ladies and gentlemen, I give you our next President and his beautiful wife, Mitt and Ann Romney.

Even taking into consideration the normal high level of quality in both the Council and Non-Council entries, this was a tough call with some exceptional pieces to choose from and the close vote tallies reflect that, believe me! An old saying… the coverup’s worse than the crime.

This week’s winner, The Independent Sentinel’s False Benghazi Narrative Exposed, Bizarre Finger Pointing, a Leaderless White House, is an excellent look at the Benghazi debacle and the White House attempt at a politically motivated coverup. Here’s a slice:

the wheel spins if you give it time

Did you really ever believe the movie trailer led to the Benghazi attacks? I googled anti-Mohammad videos on YouTube to see if the trailer was unique. It was not. I found hundreds of anti-Mohammad videos within minutes and I didn’t try very hard. So, why this video? There is no reason. It could have been any video. It wasn’t about the video.

Using the trailer as an excuse works for terrorists who want to keep President Obama in office but still launch an attack. The attackers at several of the embassies, including the one in Cairo, chanted, “Obama, Obama, we are all Osama,” giving a clear indication of who they were really angry with.

Did spiking the football at the DNC Convention have NOTHING to do with the attacks? The death of Osama bin Laden was glorified 21 times during the convention.
Benghazi was particularly horrific and we lost four lives:

In our non-Council category, the winner was Lara Logan with ‘We’re Being Lied to’ submitted by Joshuapundit. It’s a video of a speech the veteran foreign correspondent gave to an organization of journalists, politicians and influential academics as the Keynote speaker for the Foundation of Good Government in Chicago in which she details what’s really going on in AfPak and the Middle East, how the American people are being lied to by Washington and how it’s a threat to our way of life. Highly recommended, it’s twenty minutes that could change your perspective.

I’d also like to especially direct your attention to The Mellow Jihadi’s piece this week, Major Andrew Olmsted: Blogger, American Hero. To those of us whom remember Major Olmstead’s time on the Watcher’s Council, being deprived of his friendship, his warmth and his rare sense of humor, is a loss we feel to this day. I’ll never forget his wisecrack upon being deployed; “Hey, Iraq must be in worse shape than I thought if they’re sending me!” 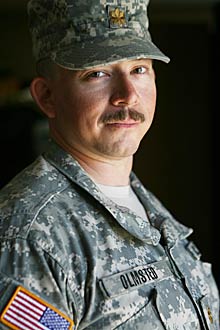 RIP Major Olmstead… and rest assured you are not forgotten by those whom had the privilege of knowing you for an all too brief time.

See you next week! Don’t forget to tune in on Monday AM for this week’s Watcher’s Forum, as the Council and their invited guests take apart one of the provocative issues of the day and weigh in… don’t you dare miss it. And don’t forget to like us on Facebook and follow us on Twitter… ’cause we’re cool like that!