Old radical Mark Derby has compiled a book about New Zealand’s contribution to the Republican (communist) cause during the Spanish Civil War. 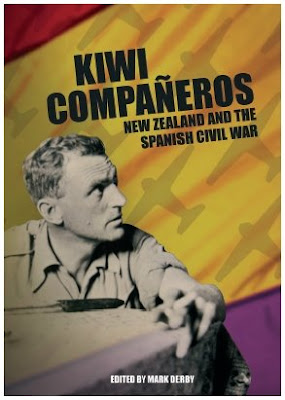 “This book is the first-ever account of New Zealand’s role in the Spanish civil war of 1936–39, a war that became a ruthless rehearsal for World War Two.

Volunteers from more than 50 countries arrived in Spain to take sides. This book records the actions of New Zealanders involved, including those who worked for the Spanish cause at home by raising funds, lobbying politicians, writing poems and spreading propaganda.

While you have to admire the courage and commitment of these people, it is important to remember, they were all cogs in Stalin’s murderous war machine.

Would any author dare glorify the one or two Kiwis who collaborated with Hitler?

Why is serving one evil cause better than serving another?