A few years ago, an activist associated with the Kotare School made a complaint to the Human Rights Commission. In my opinion, this complaint resulted in a significant loss of choice and ability to exercise property rights, for licensed premises owners and employers, all over the country. 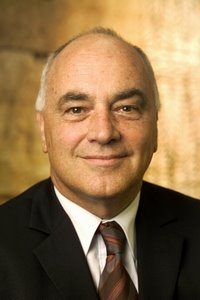 “Moko, a traditional and contemporary expression of tikanga Maori (Maori Culture)
All New Zealanders are familiar with the traditional moko. It appears in our carvings, our art, and it is recognised internationally as something distinctively and uniquely New Zealand. Maori have traditionally worn the moko as an inherent part of their culture, and it is worn by many today.

There have been instances where Maori have been refused service in licensed premises because of a general ban on tattoos, or a specific ban on facial tattoos. These have, in a number of cases, led to complaints to the former Race Relations Office and more recently (since the two organisations were merged) to the Human Rights Commission. One such complaint was received in 2001 from Kay Robin, of Gisborne, who was refused entry to Scotty’s Bar and Grill on the grounds of a “no facial or offensive tattoos” policy. Proceedings were filed in the Human Rights Review Tribunal, but the issue was eventually settled by a voluntary agreement involving the Director of Human Rights Proceedings, the plaintiff and the defendant.

The settlement reached included an acknowledgment by the bar owner that the “no facial” portion of his “no facial or offensive tattoos” policy was in breach of the indirect discrimination provision (Section 65) of the Human Rights Act in respect of the plaintiff’s moko, and that the implementation of the policy had caused the plaintiff humiliation, loss of dignity and injury to feelings because of the special taonga status of ta moko.

The bar owner agreed that he would no longer continue to breach Section 65 of the Act by the use and implementation of a “no facial or offensive tattoos” policy and that he would pay the defendant $3000 as compensation for humiliation, loss of dignity and injury to her feelings. He agreed to remove the word “facial” from the sign displayed in his premises and not to add it to any similar sign in future.

The defendant had argued that under the Sale of Liquor Act 1989 he was “not obliged to serve liquor at any time to any person“. However, this section of the Act is specifically subject to the Human Rights Act. The settlement in this case confirms the Commission’s view that it is contrary to the indirect discrimination Provisions of the Human Rights Act to decline to serve liquor to someone with a moko.

The Commission’s advice to bar owners, as well as other employers and proprietors, is to take note of this settlement as it sends a clear signal as to the meaning of the Act. It is our view that a person of Maori descent cannot be denied entry to or service in a licensed premises on the grounds that they are wearing a moko on any visible part of their body.

Proprietors are advised to use their common sense in identifying moko, rather than seeking to question the authenticity of the moko or the ethnicity of the wearer. In general terms, the Commission advises caution in refusing service on the grounds of wearing any kind of bodily marking per se, and suggests that general references to reasonable standards of dress and appearance are less likely to be in breach of anti-discrimination provisions.

Should other customers complain, we suggest they be respectfully told “Mate, this is New Zealand, it’s part of our culture“.

This post is not primarily concerned about the abominable decision by youthful , De Bres. It is about the role of Kay Robin and (if any) the Kotare School in the incident.

Here are some questions I’d love to have answered. Perhaps someone from Kotare might oblige?

A Kay Robin was a trustee of the Kotare Research and Education Trust in 2005 and associated with Kotare at least as early as 2003. Was she involved with Kotare in any way during or before the “Scotty’s” incident?

B Was Kay Robin aware of Scotty’s no facial tattoos policy before she entered the premises on the day in question?

C If not, did any Kotare personnel become involved or in any way, assist or give sdvice with the HRC complaints procedure?

D If Kay Robin was aware of the policy, were any Kotare personnel involved in planning this incident, so it could be used as the basis of a complaint to the Human Rights Commission?

E Did Kotare, or anyone associated with Kotare, recieve any of the $3,000 paid by “Scotty’s”?

My post on Rosa Parks shows how a stage managed incident can be used to initiate “social change”. Is this what happened here or am I being a bit over conspiratorial?

Anyway, I’m sure the owner of “Scotty’s” would like to know.

The She Triathlon at the weekend was an amazing experience for my sisters and I as first-time participants and all the mothers and grandmothers.
We were just a few of the many whanau members – apparently the largest contingent of Maori to participate in the She triathlons to date.
It was hugely disappointing to see that Maori were not visible in any of the photos used by The Gisborne Herald on Monday March 20 and Tuesday March 21.
I have voiced my concerns to the editor and while I understand it was not deliberate I fail to see how we could be missed.
The camera doesn’t lie, but neither is it all-seeing.
He mihi aroha ki nga wahine toa nga wahine noa huri i te rohe Ka mau i te wehi. It takes nothing away from the awesome sense of achievement.