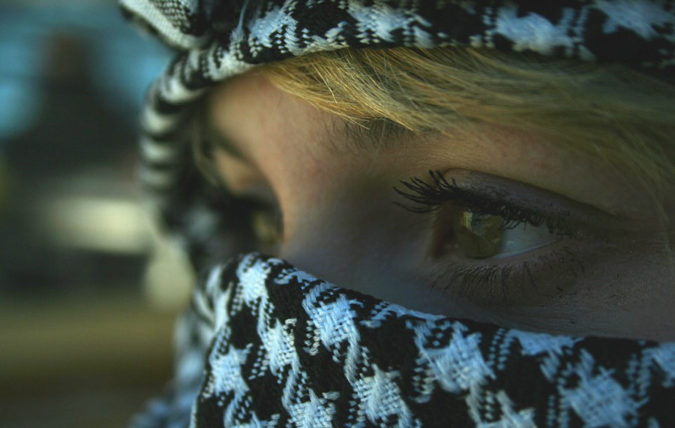 I discovered a paper by the accomplished social scientist, Dr. Evelin Lindner, regarding her theory that the humiliation of a people may cause them to react in anger.  The summary by Brett Reeder, Conflict Research Consortium, of “Making Enemies: Humiliation and International Conflict,” confirmed that this was, indeed, her intent.  However, a violent reaction is by no means inevitable, but a matter of choice, and by broadcasting her assumption, she has merely provided another excuse for claiming victimhood.

By the third paragraph, it had become apparent that there would be the accusations I’d come to expect.  With a deft twist, the authoress had crafted two unproven theories as facts in order to support her beliefs. Her first statement, not in quotes by Reeder, was:

The Versailles Treaty’s treatment of Germany after World War I is widely believed to have been a major impetus for the rise of Hitler and World War II.

Widely believed may be credible, but not factual.  Can anyone seriously posit that, had the Treaty been more reasonable, Hitler would not have risen to power?  His belief in the innate superiority of the Aryan race and its destiny to rule the world would have supplied sufficient impetus for such an amoral megalomaniac.  Guided by his personality, Hitler made a choice.

One error invariably unleashes another, and Lindner applies her humiliation-causes-anger theory to the Arab-Israeli situation:

The treatment of Jews in the Holocaust certainly contributed to Israelis’ feelings of victimhood, which is manifested, in part, by their humiliating treatment of Palestinians.

It is offensive to suggest that humiliated Holocaust survivors vented their anger on the Palestinians, but more notable is that she portrayed the first two groups, Nazis and Jews, as humiliated-turned-aggressor, but Palestinians as humiliated-remaining-passive.   A theory cannot be credible if it lacks consistency.  The good doctor displays her bias in favor of the Palestinians and against the Jews.

History has shown the Palestinians to be violent, not passive, and the question is whether their violence can be traced to alleged humiliation by the Israelis.  To do so, she had to overlook Islam’s entire 1400-year history of expansionism, atrocities, enslavement, rape, and bloodshed in every nation they invaded, killing more than  669 million people.  The Palestinian heritage is Islam, and the writer ignored the innumerable pogroms against the Jews, the Armenians, and others before Israel’s sovereignty in 1948.  The Muslim attackers were neither humiliated by Israel nor passive.

Oddly, Lindner said, “humiliation destroys everything in its path,” and it “brings about depression and victimhood.”  However, despite the trials of centuries and the harsh rules under which Jews have been forced to live, they did not succumb to humiliation with anger and war but spent their lives improving their lot. They held fast to their identity, faith, morality, and God’s promise of returning to Zion. They comforted each other through the Inquisition, ghetto confinement, pogroms, and concentration camps; and once liberated, rebuilt their vibrant country out of the desert and malarial swamp.  The small country’s exceptional success reflects their confidence and innovation, energy and industry, not victimhood and humiliation. Life is a gift to be treasured, not squandered.  Given the choices of sanity and madness, the Jews chose the former.  Further, their countless offers of peace to the Palestinians indicate magnanimity, not the bitterness of past humiliation.

Victimhood is a choice that the Palestinians continue to make because it garners cash and sympathy from the world.  Israel recently delivered hundreds of coronavirus-detection kits to Gaza, but Palestinian leaders chose to foster their victimhood by concealing that help from their own and the international community and to condemn Israel for their heightened death toll.

The Palestinians elected not to build their own country concurrently when the Jews were rebuilding theirs, during the same time and climatic conditions – although the Arabs had the oil money and funds from Europe, America, Israel, and UNWRA.  They chose the victim personae.

To verify Lindner’s views that Palestinian violence is caused by the Jews’ mistreatment of them, we must examine the cherished, savored victimhood of the Palestinians and recognize that, as with a painting’s canvas, the personality must also be primed.

Islam is the basis of the blame/shame culture in which Muslims, and Palestinians specifically, are raised.  The social and psychological phenomenon of humiliation is one in which the fault in a crime is attributed entirely to the victim.  This is a coping mechanism of transference, of rationalization, characteristic of borderline personality disorder.  It is found in cultures that produce jihadis, in the children’s early nonverbal communication, their psychotic attachment to their mother, play activities that reveal their traumatic early-life experiences, and their body language that communicates emotional instability, the sadism from their earliest terrors.

The jihadi (or female jihada) has often been described as having masochistic personality disorder, obtaining gratification from the persistent degradation by humiliation, self-sacrifice, and indulgent misery, thus creating the victimization.  Described as an unconscious self-punishment that results from the damaged bond with the devalued, hated mother, the jihadi is capable of committing crimes against humanity.  In mass masochism, the jihadis fuse in a non-thinking, regressed group to commit crimes and sacrifice that the population celebrates, a form of mass hysteria. The Islamic antisemitism and terrorism are stabilized in the inherently fragile, violent jihadi personality.

These traits are clearly found among Gaza’s Palestinians.  The boy’s experiences are harsh. In the family of as many as four wives and multiple children to one husband, the sons are ignored by the father and raised among the women for his first seven years, when he terror-bonds with his mother and accepts her worthlessness. It is an atmosphere of envy and rivalry among the wives as well as the children.  When the father does take control of his education, his mother has already exposed him to a painful betrayal, where he is raped and humiliated into submission by other men.  Despite the veneer of Islamic disgust about homosexuality, Arab poetry is replete with the joys of sodomy.

A boy’s friendships and education are strictly limited but they may come together as a group, faces covered, humiliation hidden, to take out their aggression on Mohammed’s sworn enemies, the Jews.  They work in unison when throwing rocks or incendiary missiles across Israel’s border.  Our social scientist, Lindner, appears oblivious of the ruinous upbringing experienced by the future jihadis, their eagerness for death and martyrdom, instead she attributes their violence to imagined humiliation by the Jews.

Neither is the daughter spared her own childhood nightmare.  In such a family unit, she experiences her own terror and distrust of her family when she undergoes Female Genital Mutilation.  The indignation of being restrained on a table while a stranger imposes on her privacy to inflict severe pain that negates her femaleness also brings her humiliation.  Raised in this household, forced into a loveless marriage to an older man and raped at will, the daughter, still in need of motherly nurturing, must be the mother to the numerous children.  Covered from head to toe, unseen by the world, restricted in her every move, can this be anything but humiliation?From one generation to the next, the child terror-bonds with her mother, has no outlet for calm and affection, no education save memorization of the Koran, no expressions of art and music, no friends or courtships – and no credibility in a court of law if she seeks a way out.

The daughter has a role to play in the Islamic war against humanity.  She is responsible for creating more children for Allah’s army and martyrdom or to emulate the jihadi’s function.  The jihada is exemplified by Linda Sarsour, Ilhan Omar, Rashida Tlaib, as well as by the exploits of female terrorists.  Yet we are to believe the Palestinian violence is caused by an outside source of humiliation.

Ironically, Lindner inadvertently suggests that the Jews played no part in Palestinian humiliation, clarifying that humiliation is a hierarchal, ranking scale to maintaining social cohesion.  Israelis lives are filled with study and time spent in service to the country, and Israeli Arabs have the same opportunities.  They are encouraged to have a career, to marry and raise a family – the very activities not available to the Arab children of Gaza.  A successful neighbor can either inspire emulation or humiliation, the choice is given.

The Palestinians have been primed – humiliated by their culture and dishonest circumstances. The invading Arab nations were bent on Israel’s destruction and encouraged and caused the bulk of the Arabs to flee Israel, telling them they would return victorious.  Now, after all they endured by their people, from their people, and for their people, the piece de resistance, the final slap-in-the-face, the grand humiliation occurred when their armies lost and these individuals were abandoned, discarded and forbidden from ever returning to their lands of origin – Egypt, Lebanon, Syria, Iraq, and Jordan.  While they saw that the Jews who fled mistreatment from Arab countries were welcomed by their Israeli brethren, how demeaning to be told that they were not wanted, must never more identify with their history, their heritage, and other family members.  They were going to be used once again, as pawns.  With no distinguishing language, religion, or culture, and no lineage to this land back more than four generations, they had to create an identity out of whole cloth. This was indeed the ultimate cause for humiliation, and it was their own kith and kin who did the humiliating.