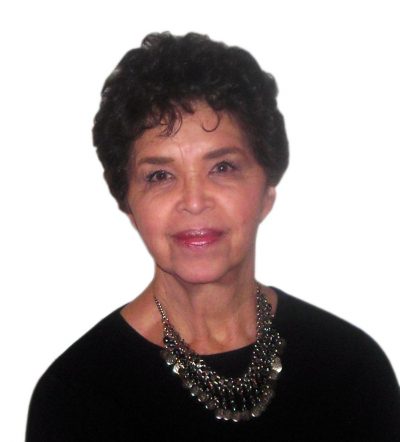 The Association of American Colleges and Universities (AAC&U) Board of Directors issued a comprehensive statement in 2006, whose combined language included helping students to connect their education to societal issues, change inequities, and to promote cultural empathy, pluralism, and diversity in a liberal education.  The key words for determining the value of today’s education, which are severely undermining western civilization, however, are Diversity, Equity, and Inclusion.

Diversity used to define the variety of learning experiences, opinions, and opportunities for a well-rounded education, but the term now applies to the students themselves – their gender, sexual orientation, ethnicity, race, and disability – and how they are to be divided and classified for acceptance into the institute of higher indoctrination.   Meritocracy, then, has been set aside for a quota system based on superficialities, which is passionately supported by the University of Michigan (U-M), among others.  It’s spending for the promotion of diversity and inclusivity, reported on October 10, 2016, was $40 million per year with an additional $85 million proposed over the next five years.  Another strategic plan for an “inclusive and equitable campus community” required $17 million, and $31 million would be taken from the university’s general fund – increased tuition (by 3.9 percent), student fees, and appropriations granted by state lawmakers – more than double the rate of inflation.  Liberal programs of propaganda are indeed expensive propositions. As we shall see, the key words are a whitewash of deception, while an assault is being waged against the very education that these students hope to obtain.

Lest we assume that U-M is alone in its objectives, Colorado State University has a “Bias Hotline,” where one may report any conduct, speech or prejudice that could be seen as intimidating, demeaning, degrading, marginalizing, victimizing, or threatening to individuals or groups based on that individual group’s actual or perceived speech or behavior.  This is, of course, a violation of the First Amendment, the freedom of speech, but also a means of robbing students of coping skills they’ll need in the adult world.  In keeping with the times, the U-M also implemented a hotline for citing microaggressions, discrimination, and incivility by students and instructors alike, where one might even report an offense at not being addressed by a preferred pronoun.

Further, university President Mark Schlissel nominated the school’s first chief diversity officer to distinguish and root out discrimination, for a hefty annual salary of $385,000 (within the diversity office payroll of $11 million).  This preoccupation with denouncing someone for mis-speaking strongly resembles the Nazi HJ-Streifendienst (Patrol Force).  The divisiveness causes suspicion and greater rifts between student groups, as well as a purposeful disconnect from school camaraderie and national unity.

In order to gain Inclusivity, however, the minority students must declare their Exclusivity, their distinction to the group with which they align. This is a regression to tribalism with an increased hostility toward others, to gain power in their common victimhood, to seek more privileges and prestige from the more numerous white, straight, Christian (conservative) males, whom they now view as oppressors and label “white supremacists.”  It is also a total disregard for E Pluribus Unum, out of many, one.  They are not accepting that America was founded by Whites, that the end of slavery was achieved by Whites, and that our nation’s growth and prosperity was realized by Whites.  England’s Shakespeare and other masters in their fields, also Whites, have been removed from many curricula, an intentional depletion of scholarship for the sake of activism and the new equity.

Additional agitators have singled out Jews as oppressors, providing the setting for racist, fascist, Klan, Nazi, and pro-Palestinian groups to isolate, boycott, and protest the existence of Israel and Jews – even with violence.  Jewish instructors have been isolated, harassed and sometimes forced to leave because of threats to their families.  Jewish students are the prey of biased teachers and antisemitic groups.  Disturbingly, the new school culture strongly suggests an alignment with the strategy of the left and ideology of Islam.

In the past, Equity meant equal opportunities for all students to rise as far as their own abilities, hard work, and talent would take them.  Today it means accepting an equal number of students defined by social issues to produce like-minded mediocrity.   The new “cultural training programs” do not address the American culture, and the “language police” are engaged to monitor and restrict the use of words deemed offensive to the diverse groups.  Their apparent purpose is to change the student’s focus – from correct to politically correct, from justice to social justice, from the groundwork for their future occupations to their groundless preoccupations.  Visiting speakers with new ideas are usually unwelcome, and aggression, comparable to the left or Islamic incitement, is promoted to shut down those who dare to impart their opposing views.

Needless to say, because the student pool is no longer the “best and brightest,” it has become necessary to change teaching methods and criteria – reduced requirements to meet reduced abilities, and to qualify for federal grant money.  Education finally accommodates Hillary Clinton’s deceptive trope, “no child left behind.”

Inclusion is now an identity-based, rather than an industry- and achievement-based, system of quotas, and students who once qualified for a university education may now be disqualified if his/her marginalized group has not gained acceptance.  For example, Harvard, among others, has sought to limit the number of Asian-American applicants when it exceeds the quota, despite that group’s exceptional achievements in scholastics, extracurricular activities, and interests.  Accordingly, academia is willing to deny superior students’ entry to prestigious schools in order to offer the opportunity to less capable students who, further down the road, may be overwhelmed and obliged to quit.   As for the Jewish students, on far too many campuses, they are targets of harassment, vandalism, exclusion from campus activities, and calls for expulsion, while leftist schools protect the vandals by declaring their attacks to be “free speech.”

Once again, this “education” appears to be geared to the destruction of democracy.  The mechanism leads us through Neotribalism (breakdown of social structure, friendship, and community), opposing white students and isolating Jewish students, eroding the male identity, curbing thoughts and speech, and the weakened education, as the left prepares the students for a parallel Islamic legal system.

Another example is the university’s Institute for Research on Women & Gender’s sponsoring an event in February 2018, titled, “Pederastic Kinship: Deidealizing Queer Studies,” which focused on pederasty, that is to say, sexual relationships between an adult and underage boys.  By its mere presentation, the criminal deviancy was validated, again dishonoring masculinity, and encouraging a behavior that is tolerated in many Muslim societies.

The Jewish victimization is being addressed.  The U of M’s President Mark Schlissel and administrators have received notification from The Lawfare Project for reports that John Cheney-Lippold, American culture professor, and Lucy Peterson, graduate teaching assistant, denied Jewish students’ their earned letters of recommendation to study abroad in, specifically, Israel.  Another student divulged that her instructor said her degree was contingent upon her watching a slide presentation that contained historic anti-Semitic conspiracy theories: one equating Israeli PM Benjamin Netanyahu with Adolf Hitler, and another depicting Jews as money-hungry pigs.  In fact, Lawfare is monitoring several universities across the country that have created hostile antisemitic environments, and is now demanding from the U-M immediate and concrete steps to unambiguously condemn anti-Semitism in order to provide a “safe academic environment for Jewish and Israeli students,” in keeping with the International Holocaust Remembrance Alliance’s definition of anti-Semitism.  The First Amendment was not established as a shield for bigotry.

To paraphrase a quote by Shannon L. Adler:  Before a student or educator calls himself any of the identities recognized by the schools’ programs, one must first learn to be human.