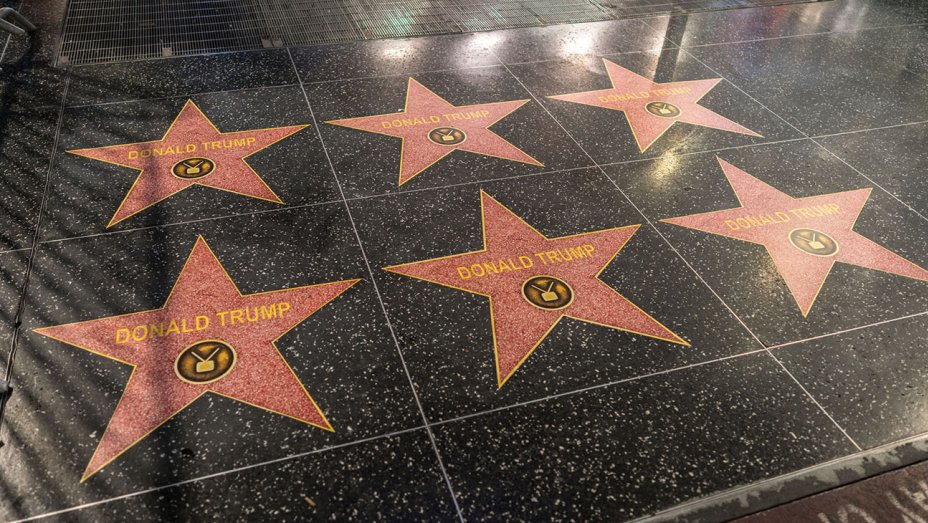 I freaking love this! When my hubby showed this to me last night, I was thrilled to pieces over it. I immediately thought of Sabo and let’s just say he’s ‘involved’. As you know, President Trump’s Hollywood Walk of Fame star has been destroyed multiple times by unhinged, leftist moonbats. In fact, the city council there voted unanimously to remove Trump’s star, but the mayor says it will stay. Since he’s a Marxist Democrat, I’m not taking him at his word on that and evidently, I’m not alone.

Keep taking down the @realDonaldTrump star, and we will further spread Trump Derangement Syndrome by installing a never ending stream of stars. pic.twitter.com/6s0Y3YIkY5

The conservative artist behind this wishes to stay anonymous for obvious reasons as Hollywood and Los Angeles these days are not a safe place if you lean to the right. The guy behind this was motivated by those taking a pickax and other implements to Trump’s star, as well as the West Hollywood City Council recommending that Trump’s star be immediately removed due to accusations he has mistreated women. If that stands, then you are going to have to remove most of the men who have stars on that infamous walkway. Just sayin’.

The Hollywood Reporter put it this way, “The Hollywood Chamber of Commerce and Los Angeles City Council haven’t weighed in on the matter, but those who oppose the proposal note that others in Hollywood who have also been accused of mistreating women still have stars on the Walk of Fame, most notably Bill Cosby.” 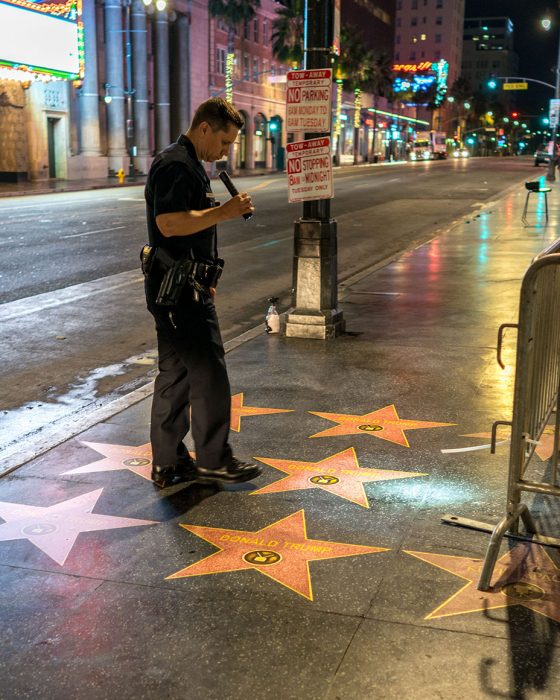 Our hero who is behind this stunt says he’s not done with his mission to preserve Trump’s star just yet. “Rip up the president’s Walk of Fame star or try to have it removed — like you’re the mayor of West Hollywood or something — and 30 more will pop up,” the artist told The Hollywood Reporter. The artist and his helpers call themselves “The Faction” and are allied with my personal hero, prolific and irreverent conservative artist Sabo. They spent $1,000 on the vinyl stars. They printed them on sheets of floor vinyl with adhesive backing and their mission was partially financed by “a young and anonymous entrepreneur.” I’d love to shake that guy’s hand over this.

The Faction laminated the vinyl stars and placed them on blank squares on the Hollywood Walk of Fame. But they kept them covered until all were secured into place so that onlookers would not know exactly what was happening and couldn’t stop them. “I didn’t want to get hit over the head from behind. We thought Trump Derangement Syndrome was a joke, but I’m pretty sure it’s real,” the artist said. “If no one peels these off, they could last there for 10 years.”

Alas, someone is peeling them off. One “Ripley’s Believe It or Not!” employee said the stars began to be peeled off because “we didn’t want to have what happened to the old star here. Not only would the star be destroyed, but it would damage our property.” I can understand that, but still… I would have left them just for the screeching and gnashing of teeth on the left over it. A member of the cleaning service that deals with daily graffiti and vandalism on the Hollywood Walk of Fame said, “We started at 5 o’clock in the morning and we’ve found about 50 stars.” A street vendor added, “I was surprised, it looked pretty real.” They do indeed look real.

Donald Trump's star on the Hollywood Walk of Fame — that has been destroyed on several occasions — mysteriously multiplied over night so that on Aug. 9 there were 30 stars https://t.co/gPVnCyNPY3

I guess we will see if the Trump’s stars continue to multiply and be fruitful on the Hollywood Walk of Fame. I hope they do and I hope they start showing up all over Los Angeles and in other places. That’s my kind of social justice. Heh. Long live The Faction! 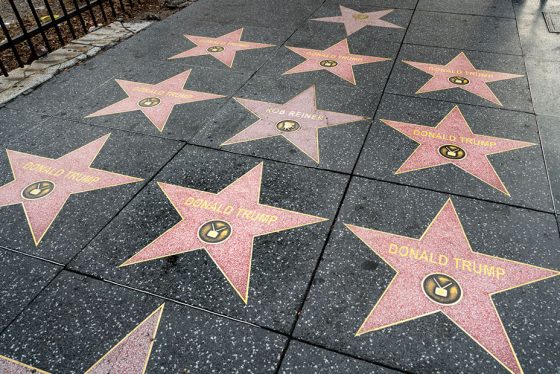 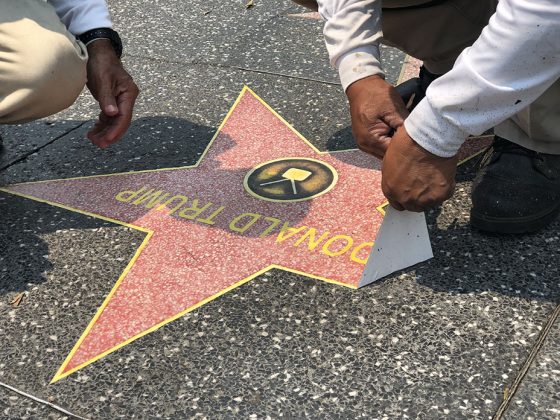