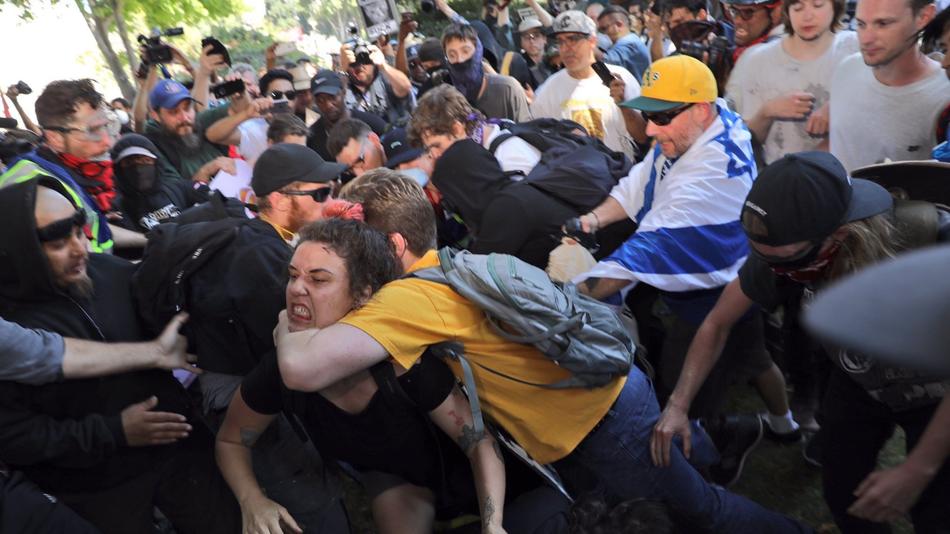 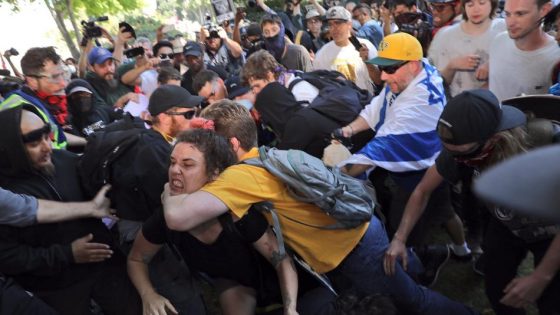 And so it really begins. Antifa, Black Bloc, communists, Black Lives Matter and other radicals got their violence on today in Berkeley using Charlottesville as a rallying call. Thousands showed up. Some of the more moderate ones protested the violence, but they had to know this was coming. There were only a handful of Trump supporters there and they were vastly outnumbered. The police retreated and let the violence ensue. They came back somewhat later and arrested 14. A number of Trump supporters were beaten viciously by the mob and had to be rescued.

A confrontation between left and right broke out at Martin Luther King Civic Center Park. That’s where things really started heating up. The police used smoke bombs and didn’t use tear gas. It did little to quell the violence underway. The thugs started shouting, “No Trump, no KKK, no fascist USA!” Antifa started taking cameras away from journalists and beating up on them as well.

From the Los Angeles Times:

Thousands of counter protesters took to the streets of Berkeley on Sunday where they clashed with a handful of Trump supporters, leading to several violent clashes and at least 14 arrests.

The mostly peaceful demonstration started heating up about noon at Martin Luther King Civic Center Park, where the two rival groups faced off and several fights broke out.

Counter-demonstrators vastly outnumbered the president’s supporters. They surrounded their rivals and chanted, “No Trump, no KKK, no fascist USA!”

There were shoving matches around well-known Orange County far-right figure Johnny Benitez. Some screamed “Go home Nazi,” as police tried to escort Benitez and Irma Hinojosa, a member of the Southern California group Latinos for Trump, through the crowd and out of the park.

Police in riot gear fired a rubber bullet at one demonstrator who attempted to cross a barricade into the park, which was closed to the public. Some protesters set off purple smoke bombs.

Dozens of anti-facists protesters, known as antifa, pounced when Joey Gibson, founder of the right-wing group Patriot Prayer, showed up with his crew. Antifa protesters beat one man with a shield and another person wearing an American flag.

Some of the antifa protesters threatened to break the cameras of anyone who filmed them, including journalists. One reporter tweeted that he had been pepper sprayed in one scuffle.

In an Orwellian setting, the throngs of radicals were yelling for non-violence as they beat down Trump supporters into the pavement. Many were armed with sticks and bats. They literally chased Trump supporters out of the park. If they had their way, I’m sure somebody would have died today. There were no Nazis as far as I know there. Patriot Prayer was there and was violently attacked.

City officials said they denied at least three requests for permits from demonstrators on both sides of the political aisle for Martin Luther King Park. Amber Cummings, a supporter of President Trump who organized the canceled “Say No To Marxism” rally, had asked supporters not to show up. Gibson, the organizer of Saturday’s “Patriot Prayer” rally in San Francisco, did the same: first canceling a rally at Crissy Field, then a subsequent news conference in the city over what he claimed were unsafe conditions and threats of violence from anti-fascists.

SFGate is claiming no buildings or businesses were vandalized this year, so the protesters were tamer. That isn’t true either. Four people were hurt by this mob. They also spoke of fearing police over reaction. Well, most of the police were nowhere to be found, so that didn’t happen either. They actually blamed the violence on the police if you can believe it. They called Antifa anarchists… they are communists.

Thousands of protesters marched through San Francisco’s Mission District on Saturday afternoon. The media painted the protesters in California as noble warriors and called Trump supporters far-right radicals. The opposite is true. But the way the media is now spinning propaganda, they are in full support mode of the communists. This is a warning to Americans that violence is growing in our streets. The American Spring is now here and it looks to get ever more violent over the coming months.

The park has been completely taken over by #antifa. #berkeley police struggling to figure out what to do. Tear gas didn't work.

"Take his camera, take his phone," they are shouting at a journalist. #berkeley pic.twitter.com/hvsQ5eXalE

Another man being chased out of #Berkeley pic.twitter.com/q4Ezf2LCYX

Antifa crowd shouting: "this is for Charlottesville" #berkeley #mlkpark pic.twitter.com/DG3WBz6pZB

Clip is from live chopper feed by @kcranews in #Berkeley. No cops seen, this is #Antifa. https://t.co/vQHUculNTX pic.twitter.com/AJvowKzbev

Police rush in near the park and start tossing smoke grenades. This video gets hectic. pic.twitter.com/6QjXxo1Gde

Someone dives on top of another guy being beaten by Antifa, begging them to stop, fleeing behind police lines. Intra-left blows exchanged. pic.twitter.com/bz2zFEB25j

One by one, Trumpers are chased out of the park in Berkeley by counter-protesters and with a police escort. pic.twitter.com/7Cjnpnj3Qm 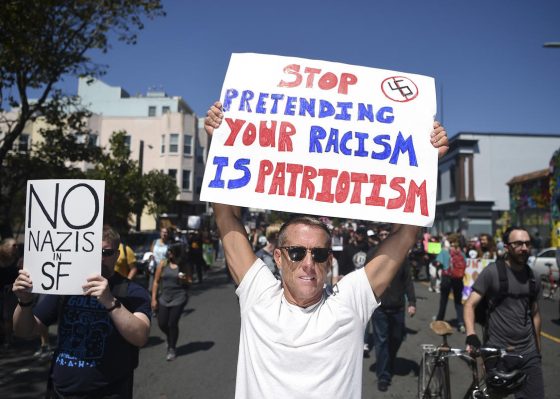 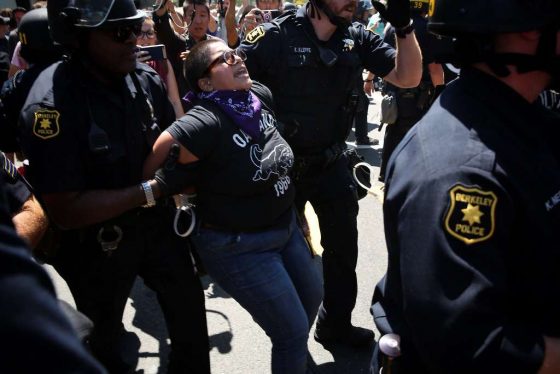 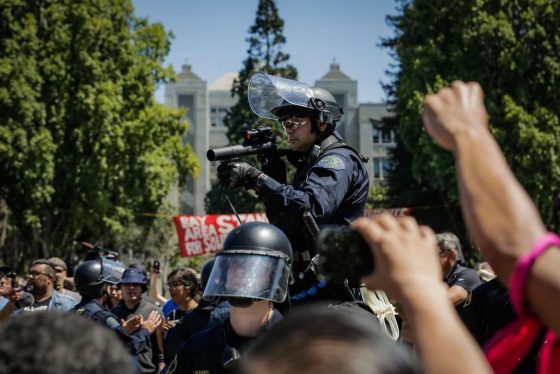 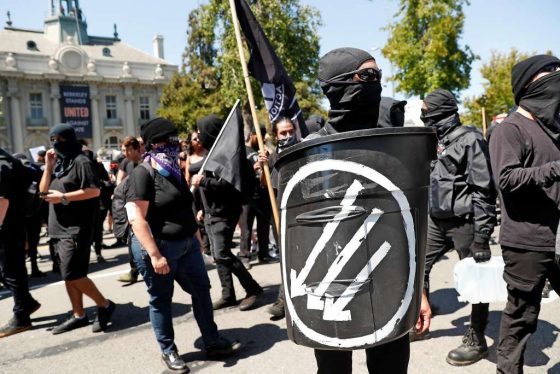