Fundamentally: JPOA: Comprehensive nuclear deal would “produce the comprehensive lifting of all UN Security Council sanctions.” That includes arms embargo. As the deal is being broadcasted in coming hours, Tehran has a flag burning. So has the signing bonus been delivered?

Terms of the JPOA Iran Deal from FarsNews Agency:

“In case the opposite side shows political will and the final agreement is signed, the text of the agreement will include the following points,” the source said.

“According to the Joint Comprehensive Plan of Action, all sanctions against Iran are terminated and Iran will no more be recognized as a sanctioned nation,” the source said, and added, “The JCPA only envisages a set of temporary restrictions that will be removed after a limited and logical period of time, as stated earlier by the Iranian Supreme Leader.”

“All economic, financial and banking sanctions against Iran will be terminated for good on day one after the endorsement of the deal, again as the Iranian Supreme Leader has demanded.”

“Iran will no more be under any arms embargo, and according to a UN Security Council resolution that will be issued on the day when the deal is signed by the seven states, all arms embargos against Iran will be terminated, while its annex keeps some temporary restrictions on Iran for a limited period,” the source disclosed.

He said the JCPA is, in fact, a collection of multiple agreements that all fall within the redlines specified by the Iranian Supreme Leader Ayatollah Seyed Ali Khamenei, and includes a set of temporary and limited measures that will remain valid for different periods of time.

“The upcoming UN Security Council resolution – that will call all the previous five resolutions against Iran null and void – will be the last resolution to be issued on Iran’s nuclear program and withdraws Iran’s nuclear dossier from under Chapter 7 of the UN Charter. This last resolution will remain valid and will be implemented for a specifically limited period of time and will then automatically end at the end of this period,” the source added.

“This is the first time that a nation subject to Chapter 7 of the UN Charter has managed to end its case and stop being subject to this chapter through active diplomacy,” he concluded. 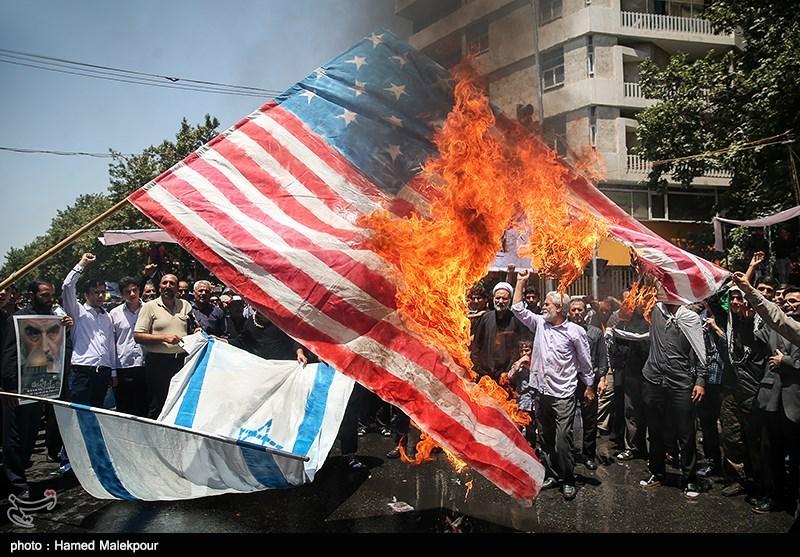 By Parisa Hafezi and Arshad Mohammed

VIENNA (Reuters) – After more than two weeks of marathon negotiations, Iran and six world powers were close to nailing down an historic nuclear deal that would bring sanctions relief in exchange for curbs on Tehran’s atomic program, diplomats said on Sunday.

But Iranian and Western officials said it was unlikely they would be able to finalize an agreement on Sunday, saying the earliest an agreement could be ready was more likely Monday.

“We are working hard, but a deal tonight is simply logistically impossible,” Alireza Miryousefi, a spokesman for the Iranian delegation, said on Twitter. “This is a 100-page document, after all.”

A Western official said Tehran and Washington would need time to consult their capitals once an agreement was reached.

U.S. Secretary of State John Kerry cautioned that some difficult issues remained on the 16th day of ministerial negotiations between Iran, the United States, Britain, France, Germany, Russia and China.

“I think we’re getting to some real decisions,” Kerry told reporters in the Austrian capital. “So I will say, because we have a few tough things to do, I remain hopeful. Hopeful.”

Several diplomats said an agreement that would end more than a year and a half of negotiations was so close that it could come as early as on Sunday. In a sign that something might be in the works, both Russian Foreign Minister Sergei Lavrov and Chinese Foreign Minister Wang Yi were also due to join the talks on Sunday.

However, a senior U.S. official played down speculation that an agreement was in the works on Sunday, and reiterated Kerry’s point that “major issues remain to be resolved in these talks.”

French Foreign Minister Laurent said he hoped the high-stakes negotiations were finally drawing to a close.

“I hope, I hope, that we are finally entering the final phase of this marathon negotiation,” Laurent Fabius told reporters.

“I believe it,” he added. “France’s position has been one of constructive firmness and I hope it will allow is to reach the end now, quickly, for a satisfying result.”

A senior Iranian official also said an agreement was close.

“Some 99 percent of the issues have been resolved and the agreement is ready,” said an Iranian diplomat. “With political will, we can finish the work late tonight and announce it tomorrow. But still there are at least two issues to be resolved.”

Iran and the six powers involved in the talks have given themselves until Monday to reach a deal, their third extension in two weeks, as the Iranian delegation accused the West of throwing up new stumbling blocks to an accord.

Among the biggest sticking points this week has been Iran’s insistence that a United Nations Security Council arms embargo and ban on its ballistic missile program dating from 2006 be lifted immediately if an agreement is reached.

Russia, which sells weapons to Iran, has publicly supported Tehran on the issue.

However, a senior Western diplomat said earlier in the week the six powers remained united, despite Moscow’s and Beijing’s well-known dislike of the embargos.

The goal of the deal is to increase the time it would take for Iran to produce enough enriched uranium fuel for a single weapon to at least one year from current estimates of 2-3 months – the “breakout” time.

If there is a deal, the limits on Iran’s enrichment program are expected to be in place for at least a decade.

Other problematic issues in the talks are access for inspectors to military sites in Iran, answers from Tehran over past activity and the overall speed of sanctions relief.

Kerry and Zarif have met nearly every day since Kerry arrived in Vienna more than two weeks ago for what was intended to be the final phase in a negotiation process that began with an interim nuclear deal clinched in November 2013.

Experts and senior officials from Iran, the United States and the other powers have been meeting non-stop for months, often working into the early hours of the morning, to finalize an accord that will include five technical annexes.

An agreement would be the biggest step toward rapprochement between Iran and the West since the 1979 Islamic Revolution, although both sides are likely to remain wary of each other even if a deal is concluded.

Iranian Supreme Leader Ali Khamenei said Tehran would continue its fight against “global arrogance” – referring to the United States. But Khamenei did not set any new “red lines” for his negotiators as he did in a tough speech two weeks ago.

In Washington, the top Republican in the U.S. Senate cast doubt on whether President Barack Obama will be able to win approval in Congress for any deal.

“I think it’s going to be a very hard sell, if it’s completed, in Congress,” Senate Majority Leader Mitch McConnell said on the “Fox News Sunday” broadcast. “We already know it’s going to leave Iran as a threshold nuclear state.”