If men could learn from history, what lessons it might teach us! But passion and party blind our eyes, and the light which experience gives us is a lantern on the stern which shines only on the waves behind. – Samuel Taylor Coleridge

Those whom do not remember history are doomed to repeat it. – George Santayana

The liberty of a democracy is not safe if the people tolerated the growth of private power to a point where it becomes stronger than the democratic state itself. That in its essence is fascism. – Franklin Delano Roosevelt 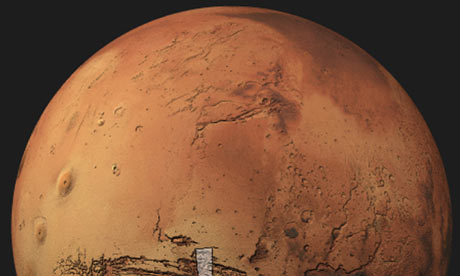 This week’s winning essay, The Right Planet’s Which ‘Ism’ Will We Choose?, is about creeping totalitarianism, with a comparison with how its taken over in the past to events today. Here’s a slice:

Godwin’s Law … it goes a little something like this:

“… [I]f an online discussion (regardless of topic or scope) goes on long enough, sooner or later someone will compare someone or something to Hitler or Nazism….”

Undoubtedly, there is a certain amount of truth in Godwin’s adage. Since World War II, there probably has not been a U.S. president who hasn’t been directly compared to Adolf Hitler, at some point or another. As a matter of fact, it didn’t take me very long to dig up Hitler memes and analogies for a number of U.S. president via a Google search.

Often times such direct comparisons of U.S. presidents to Hitler are grossly hyperbolic at best, and utterly unconscionable at worst. Despite the fact how one may feel about current and past presidents, equating them on the same level with one of the worst monsters in human history does indeed minimize the terrible suffering of those who fell under the tyrannical and brutal reign of Adolf Hitler and the Nazis.

Adolf Hitler and his henchmen have come to represent the epitome of evil, and rightly so. Nazism has become the benchmark used to measure all things evil. The question for me is not whether a current president is on equal par with Adolf Hitler. I don’t happen to believe any U.S. president, present or past, is as guilty of murderous and ruthless fanaticism as Adolf Hitler—on that point, let me be clear. My point is that Hitler and his notorious Third Reich provides the ultimate yardstick by which we can measure how far a government or nation is marching down the road toward total state control and merciless dictatorship. The mere act of using the Nazis as a measuring stick is not equating the thing being measured as being necessarily one and the same. Instead, the question for me is whether the U.S.A. is moving away from fascism or toward it. If we examine the rise and fall of Hitler’s Third Reich from a historical perspective, how does it compare to what we see going on today? This is a valid exercise—and a necessary one, in my opinion.

Perhaps someone who experienced the oppression and horrors of Nazism is better able to illustrate my points. I’ll just throw in a few of modern-day examples for consideration as well.

Kitty Werthmann, 87, survived World War II. She was an Austrian citizen and lived under Nazi rule throughout the war. A few years back she spoke to an American audience about her experiences during the war, and how the current political climate in this country greatly concerns her. She strongly feels the need to warn Americans about the horrors of socialism.

In her opening comments (see video above), Kitty Werthmann points out how Western media often times portrays Hitler’s annexation of Austria with Germany in 1938 (Anschluss) as an armed invasion, replete with troops and tanks. Without a doubt, German troops did indeed move into Austria at the time. But what is often overlooked, according to Werthmann, is the fact that the Austrian people overwhelmingly elected Adolf Hitler by ninety-eight percent of the vote—by means of the ballot box. How could this happen? What would lead Austria—a predominately Christian nation—to elect a monster like Adolf Hitler?

In the late 30s, Austria was in a very deep depression, with thirty percent unemployment, and twenty-five percent inflation. Austrian banks were charging twenty-five percent interest on loans. Businesses and farmers were going broke. Austrians could not afford to pay their taxes. Unions were calling for strikes; and factories were being closed down. Worse yet, the financial chaos was leading to riots in the cities. Entire blocks were burned down. Austrian police were ill-equipped to stop the ongoing destruction, according to Kitty Werthmann.

As Austria descended into despair, the Austrian people looked to their neighbor in the north, Germany, and saw full employment and a high-standard of living. As Kitty Werthmann puts it (emphasis added), “Hitler did not act like a monster; he did not speak like a monster; he spoke like an American politician.”

The Austrian people petitioned their government for a plebiscite (an election) to merge Nazi Germany with Austria. Besides—despite what Barack Obama might believe (cf. sarcasm)—the Austrians didn’t speak “Austrian”; they spoke German. The Austrians and Germans had a common heritage.

What is particularly chilling about Kitty Werthmann’s recollections, are the disturbing similarities of the policies implemented by the Nazis in Austria to the current policies and initiatives being instituted and promoted right here in the United States today.

For example, one of the first policies implemented by the Nazis in Austria was a National I.D. Austrians could not board a train or bus without showing their National I.D. card.

Following 9/11, the U.S. federal government “began to look at ways to increase security surrounding state identification cards and driver’s licenses,” allegedly “in an attempt to prevent further terrorism and/or unlawful entry into and out of the country.”

In our non-Council category, the winner was Mark Steyn’s pungent comments on the Garland, Texas terrorist attack and the reaction to it in certain quarters in Stay Quiet and You’ll Be Okay”, submitted by The Noisy Room. It’s Mark Steyn at his best.

Here are this week’s full results. Both Ask Marion and The Independent Sentinel were unable to vote this week, but neither was affected by the usual 2/3 voe penalty for not voting: