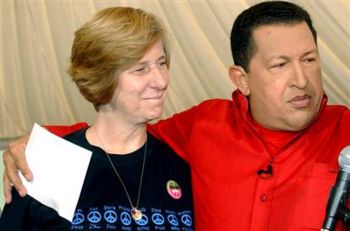 When George Bush invaded Iraq, anti-war zealots hit the streets raising forty-leven kinds of hell: “Bush lied; people died,” rang across the land. Bush acted on intelligence gathered and agreed to by the U.N., Great Britain, and virtually all U.S. allies. Bush obtained approval from Congress to take whatever action he deemed necessary. He tried, in vain, to get U.N. approval. He set a time and date. He invaded. And, the Progressive anti-war zealots went crazy.

When Barack Obama invaded Libya, the anti-war zealots were non-existent. Obama had no intelligence suggesting that Libya was a threat to the U.S. He did not bother to even ask for approval from Congress as is required by the War Powers Act. He told no one; he just unleashed millions of dollars of bombs and missiles on a tiny country that could not possibly do us harm. The anti-war Progressives looked the other way, and said nothing.

Obama said he was acting in response to the U.N., that the action would be a matter of days, not weeks. That was six months ago, and the U.S. is still involved. Obama lied; people died, and the Progressive anti-war zealots said nothing.

Could it be that Progressives are hypocrites?

Obama promised a transparent government. Even CNN said he lied, and he continues to do his dirty work behind closed doors. Nancy Pelosi promised that the health care bill would be posted on the internet for 72 hours before the vote. Then she said “We have to pass the bill before you can find out what’s in it…” Obama promised that no lobbyists would be allowed in his administration, but then proceeded to allow lobbyists to fill his administration.

Obama said that President Bush and the Republicans drove the economy into the ditch. He failed to mention the economic disaster caused by the terrorist attacks on 9/11, or the two wars, or Hurricane Katrina — all of which were unexpected and took a heavy toll on the treasury. After nearly three years under his control and stewardship, the economy is in much worse shape than ever, and he is quick to blame an earthquake in Japan, high gas prices, and instability in the Middle East.

Here is a chart from factcheck.org that provides a few indicators of just how Obama’s economic policies have worsened the economy. Note that the price of gasoline increased from $1.838 on January 10, 2009, to $3.111 on January 20, 2011. The price has continued to rise, reaching $4.00 per gallon in some parts of the country. Despite this dramatic price increase, and the instability in the Middle East, Obama and his Progressive administration refuse to allow development of domestic oil, and continue to promote a carbon tax. Obama’s EPA is even trying to implement stricter emission-control regulations by rule, to further restrict the availability of gasoline.

Obama and his media machine talk endlessly about creating jobs, but in reality, he refuses to unleash more than 750,000 new jobs that would be created by opening domestic oil reserves. Instead, he has increased federal employment by more than 230,000 jobs, while the public sector lost 7.5 million jobs. Moreover, he has doubled the number of federal jobs that pay in excess of $150.000 per year, while income in the public sector has decreased since he took office.

Progressives are hypocrites. Their only concern is to prevail, regardless of what it takes. The end always justifies any means that may be required. The Progressive Obama administration has clearly demonstrated its belief in this principle. It has lied, deceived, distorted, manipulated, pointed fingers, and still, the economy worsens, America’s standing in the world continues to fall, and all the Obama administration is concerned about is getting re-elected in 2012.

What kind of unmitigated gall is required to declare that his three-day campaign tour through the Midwest is not a campaign tour, but a perfectly legal tax-funded tour to meet and talk to the people? And when that’s complete, he will bypass the tax-paid vacation retreat at Camp David, and go instead to a mansion on Cape Cod where he can commiserate with all the people who can’t find a job, and who can’t make next month’s mortgage payment.

Progressives are hypocrites who must be removed from the federal government. 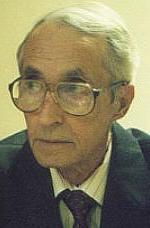 Henry Lamb is the author of “The Rise of Global Governance,” Chairman of Sovereignty International , and founder of the Environmental Conservation Organization (ECO) and Freedom21, Inc.