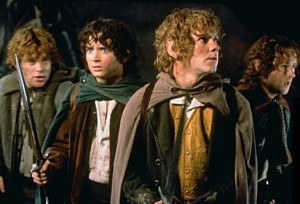 Wednesday, John McCain took to the podium to complain about conservatives … Again. If I might borrow the nomenclature of Professor Codevilla, it was a marvelous illustration of the contempt in which the “country class” is held by the “ruling class.”

I have a hard time deciding which of McCain’s remarks enraged me the most, but I will settle on these for brevity’s sake.

First, there was his reading of the Wall Street Journal piece, in which we “hobbits” are advised, having won the battle for Middle Earth and defeated Mordor, we can now just shut up and go back to the Shire or some such.

If McCain did not share its condescending elitist sentiment, he would not have read excerpts from the piece on the floor of the Senate. He owns it. And there are SO many problems with that metaphor:

First, the battle for Middle Earth in Tolkien’s “Lord of the Rings” and in the third film of the LOTR series, was fought by men, FOR men. It was the extinguishing of MEN from the earth that was the larger concern of these events in the story.

Hobbits demonstrated the idea that, as a line from the movie says, “even the smallest person can change the world.” They are in the story to represent insignificant men, ordinary men who feel powerless. McCain gets that part, at least. He sees the Tea Party this way – contemptuously.

But Tolkien’s allegory was to the extinguishing of Western life, freedom, Western philosophy from the earth by the relentless advance of leftist authoritarianism. Tolkien wrote “Lord of the Rings” in the full bloom of Naziism and Soviet communism, during and shortly after World War II. His allegory is lost on McCain, a Teddy Roosevelt progressive who believes in big government. McCain does not recognize the imagery and allegorical nature of the Tolkien story and stuffs his foot in his own mouth, as Sharron Angle reminded him in her retort to his criticism of her.

Yes, after campaigning on the stump for, and WITH, Sharron Angle, he said of the tea party conservative influence on the debt debate, “this is the kind of crack political thinking that gave us Sharron Angle and Christine O’Donnell as candidates!” For a man who lost HIS election by 7 percentage points to a guy saying “hope and change, yes we can,” John McCain is impossibly pompous. One could conclude from his treacherous contempt for Angle, he would prefer elite, sensible, moderate Republican candidates like, say, Meg Whitman or Carly Fiorina – oh, wait. THEY LOST, by the same sort of margins as Angle and O’Donnell. And McCain himself, of course. And he seems to have forgotten the Tea Party is by far the most important reason his party won 63 House seats and 7 Senate seats in the last election.

He contemptuously dismisses us as “crack political thinkers?” I cannot overstate my disgust at Senator McCain’s foolish vanity.

As I listened to McCain dismissing me as a hobbit (at 6’4″ and 300 pounds, I don’t get through those little round doors very well), I immediately thought of a different part of the Lord of the Rings finale; Aragorn’s battlefield speech.

“The day may come when the courage of men fails. But it is not THIS day! This day we FIGHT! I bid you, STAND, men of the West!”

The West. Tolkien spoke of the West with a capital W. It is the West which began with an essential inquiry of ancient Greeks into the nature of man, asking the questions, “who am I? Why do I exist? What must I do in order to be what I was meant to be?” Western philosophy aims at the fulfillment of the individual man, releasing him from bondage as a toiling peasant “subject” or as the “cannon fodder” soldier pressed into duty by a tyrant for a petty personal war. Western philosophy is the opposite of the “antheap of collectivism” Reagan described, in which the individual is subjugated and ruthless conformity is inflicted for the “good of the State.” And in Tolkien’s time, that authoritarian collectivist central government philosophy was busy trying to turn the world into a collectivist antheap, beady eyes fixed firmly on the West.

McCain is no Aragorn. He is far closer to the Wizard played by Christopher Lee (Saruman the White); his veneer of sweetness and goodness peels off him during the course of the story as eventually we understand that he serves the collective and has contempt for the tiny, powerless individuals who fight it. Look in the mirror, Senator.

Republicans like McCain actually believe they stand for the progress of that Western ethos. In reality they stand for regress, retreat into a faux aristocracy that eventually becomes the real thing. Every system is vulnerable to this regress, not just Western democracy. 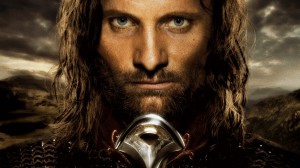 Even communism, which purports to be the achievement of absolute equality for every citizen, very quickly becomes a towering murderous dictatorship in which all are equal only in their miserable “lesser-ness” to the leader and his nomenklatura. “Some are more equal than others,” wisecracked Orwell. In our own republic the elitists like McCain seem to dream of such an outcome for themselves.

They believe winning elections confers upon them some special status, “born to rule” or some such, and yet when tea party candidates win elections they are unwelcome boors, intruders who know nothing. Because they threaten the elitist status quo. McCain, you see, is more equal than I am.

McCain’s little rant shows how near we are to losing our republic and our freedom, because even Republicans are working to bring about precisely that.

I bid you, STAND, men of the West! Hobbits, this means YOU!