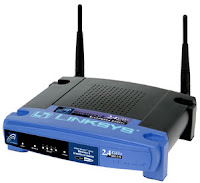 Here’s an interesting post from PCWorld, advising freedom-lovers on precautions they should be taking now – should the Government “switch off the internet”. Note, the technical terminology in this article may go over the heads of many of my readers! Ask your 10yr-old to explain it to you!

These days, no popular movement goes without an Internet presence of some kind, whether it’s organizing on Facebook or spreading the word through Twitter. And as we’ve seen in Egypt, that means that your Internet connection can be the first to go. Whether you’re trying to check in with your family, contact your friends, or simply spread the word, here are a few ways to build some basic network connectivity when you can’t rely on your cellular or landline Internet connections.

Even if you’ve managed to find an Internet connection for yourself, it won’t be that helpful in reaching out to your fellow locals if they can’t get online to find you. If you’re trying to coordinate a group of people in your area and can’t rely on an Internet connection, cell phones, or SMS, your best bet could be a wireless mesh network of sorts–essentially, a distributed network of wireless networking devices that can all find each other and communicate with each other. Even if none of those devices have a working Internet connection, they can still find each other, which, if your network covers the city you’re in, might be all you need. At the moment, wireless mesh networking isn’t really anywhere close to market-ready, though we have seen an implementation of the 802.11s draft standard, which extends the 802.11 Wi-Fi standard to include wireless mesh networking, in the One Laptop Per Child (OLPC) XO laptop.

However, a prepared guerrilla networker with a handful of PCs could make good use of Daihinia ($25, 30-day free trial), an app that piggybacks on your Wi-Fi adapter driver to turn your normal ad-hoc Wi-Fi network into a multihop ad-hoc network (disclaimer: we haven’t tried this ourselves yet), meaning that instead of requiring each device on the network to be within range of the original access point, you simply need to be within range of a device on the network that has Daihinia installed, effectively allowing you to add a wireless mesh layer to your ad-hoc network.

Advanced freedom fighters can set up a portal Web page on their network that explains the way the setup works, with Daihinia instructions and a local download link so they can spread the network even further. Lastly, just add a Bonjour-compatible chat client like Pidgin or iChat, and you’ll be able to talk to your neighbors across the city without needing an Internet connection. [Continue Reading…]

Then again, as a friend pointed out – what’s the contingency plan were the power to be switched off?…

3 thoughts on “When the Government Switches off the Internet…”