Maori radicals have always looked to African American revolutionaries for inspiration and guidance. 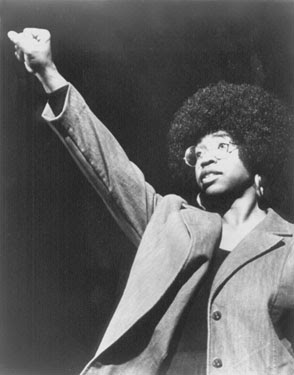 From the Scoop press release by Teanau Tuiono

Born in Alabama in 1944, Angela Davis is an African – American philosopher who was associated with the Black Panther Party in the 1960s and 1970’s, as well as the Communist Party of the United States of America.

She first achieved nationwide notoriety when she was linked to the murder of the judge Harold Haley during an attempted Black Panther prison break; she fled underground, and was subject to an intense manhunt.

After 18 months as a fugitive, she was captured, arrested, tried, and eventually acquitted in one of the most famous trials of recent U.S. history.

23 thoughts on “Angela Davis to Speak in NZ”