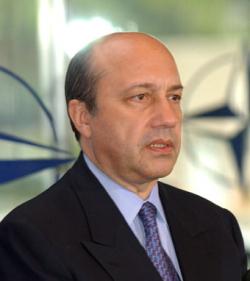 Secretary of Russian National Security Council Igor Ivanov said on Thursday that expansion of ties with Iran enjoys a priority in his country’s foreign policy.

In a meeting with Iran’s special envoy Ali-Akbar Velayati, he said Russian President Vladimir Putin has repeatedly stressed the importance of bolstering ties with the Islamic Republic of Iran.

Terming his recent visit to Tehran as fruitful, he briefed Velayati on the topics he raised with Supreme Leader of the Islamic Revolution Ayatollah Seyed Ali Khamenei and President Mahmoud Ahmadinejad in Tehran.

Expansion of bilateral cooperation both in regional and international arena will benefit both sides, he added.

Velayati, for his part, said Ivanov’s recent visit to Tehran was of special significance and that the visit could play a turning point in bilateral cooperation.

Velayati said that his current visit to Moscow was in response to that constructive step taken by Ivanov.