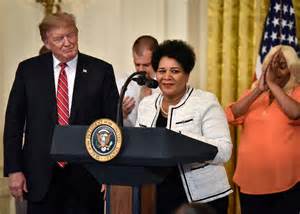 So much has been debated in recent years over prison sentencing and reform. Last year, a new law was passed by Congress and signed by President Trump that changed sentencing and release standards giving pathways for second chances.

The most recent signatures by President Trump on the 11 people giving them criminal relief are still in contention, especially with former Illinois Governor Rod Blagojevich. As a sidebar, it is suggested that there is much more to the story regarding the case of Blago that the reader should consider why he was the single fall guy.

All presidents are presented with petitions and letters of cases for consideration of those serving excessive prison terms or those released having served their respective terms and seek pardons. President Trump indeed does support second chances and has assembled a team to review cases. This team of advisers is to recommend and vet candidates for pardons. Jared Kushner, Trump’s son-in-law and senior adviser, is the manager of the team.

Ja’Ron Smith, the deputy director of the Office of American Innovation, has also been involved in the pardon process, officials said.

Paul Larkin, a research fellow at the Heritage Foundation who has worked with the White House on criminal-justice issues, said Kushner and others in the administration have held discussions about changing the clemency process since 2018.

Larkin said the discussions he participated in, including one led by Kushner in 2018, included proposals for reducing or eliminating the role of the Justice Department’s Office of the Pardon Attorney in the clemency process.

Marc Levin, who leads the Texas Public Policy Foundation’s Right on Crime initiative, said changing the presidential pardon process has long been on the agenda of advocates on both sides of the aisle.

“In most states, as you know, the parole and clemency process is not vested with prosecutors,” he said, noting that Obama also tried to make changes, though those efforts still took place within the Justice Department. “Both sides recognize that the traditional process needs to be reformed.”

The foundation’s executive, Kevin Roberts, was listed by the White House as someone who advocated for the release of Hall, Munoz and Negron.

It’s not clear how the people in Trump’s informal network will select people to recommend for clemency, or whether any of the thousands of inmates with pending applications will be able to get the attention of Trump’s allies.

Larry Kupers, who led the pardon office during the first two years of the Trump administration, noted that a record-setting number of nearly 13,000 people are waiting for responses to their clemency requests. Many of them have no access to the president, and it’s not clear how they would fare under a new clemency process that cuts out the career officials at the Justice Department. More found here.