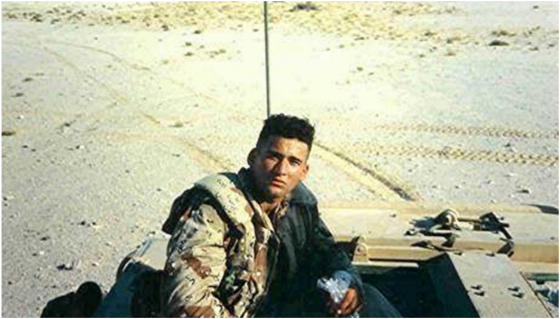 You are probably wondering, where’s your favorite Uncle Sam’s Misguided Children Facebook page? One of the largest Veteran-owned patriotic brands and Facebook Pages was censored by Zuckerberg and the silence is deafening from well known Conservatives. That’s right, Facebook took down our 2.2 million follower page. It is owned by Latino Marine Veteran Rick Ferran, also known as “Tank”- a nickname given to him by his followers.

If you understood the amount of time, money, and heart invested in the creation of Uncle Sam’s Misguided Children, you would only begin to feel what Rick and his team have felt over the years. Is Rick perfect? No. Is he a great American – absolutely yes. As a single father who tries valiantly to provide for his daughter, Facebook has taken away his livelihood and ability to provide for her.

He has invested his entire life, all of his hard-earned money, and his heart into creating the patriotic clothing brand known as Uncle Sam’s Misguided Children.

Seven days a week. That’s how much Rick and his team work. They have provided content for Facebook since the brand’s inception in 2009. At first, sinking $50,000 into Facebook ads, he quickly learned that it was not producing what he needed for his store that has grown to 2,600 products.

Through the loss of FIVE Facebook pages since 2009, counting the latest one at 2.2+ million followers, the company has taken huge hits from the discriminatory business practices of Mark Zuckerberg.  We have literally lost millions of dollars by Facebook’s actions over the years. We brought millions of dollars to Facebook so they could advertise to our organic following…they made money off us, but they’ve taken away our ability to make money.

At one point we had a warehouse where our products were stored. It had to be closed after one of the first page takedowns. If they had left us alone, we’d have 10 million followers by now. That must be why Zuckerberg is afraid.

Rick has conducted hundreds and hundreds of podcasts with veterans and people in the news. People like James O’Keefe, Lt Col Allen West, Dinesh D’Souza, John Tiegen, Kris Paronto, patriots of all races and lifestyles.

Uncle Sam’s Misguided Children writers have written literally thousands of articles- not to “spam” people, as claimed by Zuckerberg, but to inform Americans of what is happening in the country. It’s infuriating to be accused of “spam” when we have conducted interviews for veterans of every service branch, supported their causes, and helped present their needs to the nation.

Articles on law enforcement, military, 2nd amendment issues, breaking news, politics, all of that has cost endless hours of work. And we are deeply offended that FB says we use any of those articles to just “fake our reach.” We are offended to be placed in the same category as “Cop Block” and other police hating groups. One of our team was a law enforcement member for 31 years.  Zuckerberg is a liar, plain and simple.

[Note: Why is Occupy Democrats still up on Facebook?  They spam and have engaged in false reporting and misinformation since its first creation. Not once have they ever been taken down.]

Uncle Sam’s Misguided Children has done many things in support of veterans and first responders, as well as ordinary people.

Tank rallied many of our followers to assist with hurricane relief in the 2017 storm season. When the President came to the relief area, Tank was asked by the Secret Service to help with security. There are too many names to list, but every one of them who brought supplies, boats and conducted rescues, provided funds to help with more, all were part of the relief effort. We salute them.

Tank has been slandered for years by haters on Facebook. The Southern Poverty Law Center labeled us as “anti-government,” and the left calls us “racist.” All of us have been called vile names and been threatened. In today’s vicious political world, anything patriotic is illegal. We’ve never been ANY of the things you’ve heard.

We are called racist bigots for supporting our President, our veterans, and law enforcement. Never mind that Tank is a legal LATINO immigrant, and we have followers and relatives of all races and all walks of life.

Just in case you didn’t know, Rick Ferran is originally from Cuba. His memories of the Communist Castro regime haunt him…and Facebook just brought those memories vividly back to life.

My childhood is filled with many memories of the country I was born in, some good, and some not so good. The memories that are the worst are from the communists discriminating against me and my family for wanting to be Americans and escape the communist tyranny. The one thing I will always remember is the lack of freedom of speech and religion.

I had to learn this at a very young age in school when I brought a drawing I made of the birth of Jesus Christ to school and was caught telling my peers about Jesus and Christmas. I almost lost my parents in one day and possibly my own life.

Rick is a 2nd amendment supporter because of those days. It was his own Grandfather, who owned the only weapon in the entire community, who held a bloodthirsty mob at bay from wanting to kill his parents. He learned at an early age the importance of self-defense.

Those weren’t the only times that mobs of people were a problem, as he and his sister Oni frequently encountered them. He was often forced to defend her as they grew. What do you think he feels now about the mob violence perpetrated by Communist anarchists and screaming leftist Democrats?

Rick and his family moved to the United States legally in 1988. It was a dream come true for a family that had their land, careers, and homes stolen, and their lives threatened.

I always loved the USA but became more in love with the people and the American way.  Once I turned 17, I earned the title US Marine. With only four years in the country, I could barely speak English. But then, wearing the Uniform of my heroes, it was following the steps of other family members who also became Marines. I graduated from Infantry school at Camp Pendleton and served with 3/7 Lima Co, MOS 0311 – and honorably discharged in 1997 as a Corporal.

I joined the Marine Corps not only to give my life if needed to the country who has given my family and me a second chance but deeply wanted to serve my new country and protect my fellow Americans. 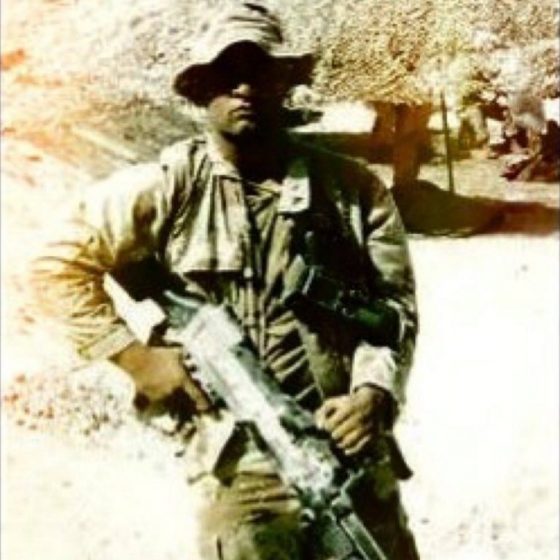 Rick remembers a time when he and his classmates were forced to sing songs about Castro. Then came Obama.

Rick has worked hard to help stop this progression…the steps to a nation becoming Communist.

People can talk about the money that is used to build a platform as large as ours – but what is the price of helping others? What we’ve done for the veteran’s community is priceless. We receive messages daily from people who offer us money to put spam on our page and we have denied them all. Many of our articles have helped veterans get the help they need.

We still stand for the National Anthem and the American flag. We are a nation. We are Uncle Sam’s Misguided Children.