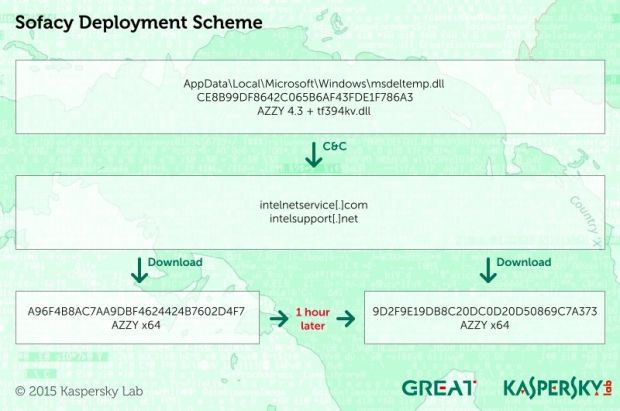 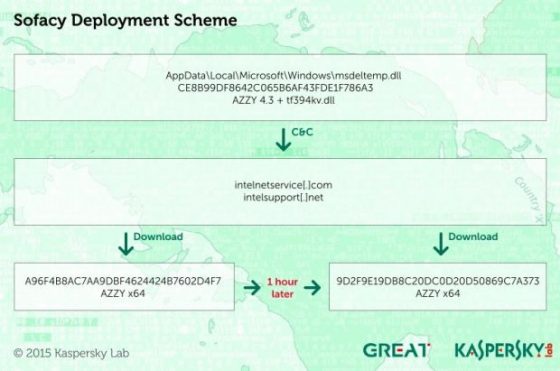 Cisco’s Talos research unit yesterday reported its discovery of VPN Filter, a modular and stealthy attack that’s assembled a botnet of some five-hundred-thousand devices, mostly routers located in Ukraine. There’s considerable code overlap with the Black Energy malware previously deployed in attacks against Ukrainian targets and the US Government has attributed the VPN Filter campaign to the Sofacy threat group, a.k.a. Fancy Bear, or Russia’s GRU military intelligence service.

Ukrainian cybersecurity authorities think, and a lot of others agree with them, that Russia was gearing up a major cyberattack to coincide with a soccer League Championship match scheduled this Saturday in Kiev as part of the run-up to the World Cup. They also think it possible an attack could be timed for Ukraine’s Constitution Day, June 28th.

The US FBI has seized a key website used for VPN Filter command-and-control, which US authorities hope will cripple the campaign. The Justice Department says that VPN Filter could be used for “intelligence gathering, theft of valuable information, destructive or disruptive attacks, and the misattribution of such activities.”

FBI agents armed with a court order have seized control of a key server in the Kremlin’s global botnet of 500,000 hacked routers, The Daily Beast has learned. The move positions the bureau to build a comprehensive list of victims of the attack and short-circuits Moscow’s ability to reinfect its targets.

The FBI counter-operation goes after  “VPN Filter,” a piece of sophisticated malware linked to the same Russian hacking group, known as Fancy Bear, that breached the Democratic National Committee and the Hillary Clinton campaign during the 2016 election. On Wednesday security researchers at Cisco and Symantec separately provided new details on the malware, which has turned up in 54 countries including the United States.

VPN Filter uses known vulnerabilities to infect home office routers made by Linksys, MikroTik, NETGEAR, and TP-Link. Once in place, the malware reports back to a command-and-control infrastructure that can install purpose-built plug-ins, according to the researchers. One plug-in lets the hackers eavesdrop on the victim’s Internet traffic to steal website credentials; another targets a protocol used in industrial control networks, such as those in the electric grid. A third lets the attacker cripple any or all of the infected devices at will.

The FBI has been investigating the botnet since at least August, according to court records, when agents in Pittsburgh interviewed a local resident whose home router had been infected with the Russian malware. “She voluntarily relinquished her router to the agents,” wrote FBI agent Michael McKeown, in an affidavit filed in federal court. “In addition, the victim allowed the FBI to utilize a network tap on her home network that allowed the FBI to observe the network traffic leaving the home router.”

The FBI is working to disrupt a massive, sophisticated Russia-linked hacking campaign that officials and security researchers say has infected hundreds of thousands of network devices across the globe.

The Justice Department late Wednesday announced an effort to disrupt a botnet known as “VPNFilter” that compromised an estimated 500,000 home and office (SOHO) routers and other network devices. Officials explicitly linked the botnet to the cyber espionage group known as APT 28, or Sofacy, believed to be connected to the Russian government.

Officials said that the U.S. attorney’s office for the western district of Pennsylvania has obtained court orders allowing the FBI to seize a domain that is part of the malware’s command-and-control infrastructure. This will allow officials to redirect attempts by the malware to reinfect devices to an FBI-controlled server, thereby protecting devices from being infected again after rebooting.

Assistant Attorney General for National Security John C. Demers in a statement described the effort as the “first step in the disruption of a botnet that provides the Sofacy actors with an array of capabilities that could be used for a variety of malicious purposes, including intelligence gathering, theft of valuable information, destructive or disruptive attacks, and the misattribution of such activities.”

The researchers had been tracking the hacking threat for several months and were not ready to publish their findings, but when the malware began infecting devices in Ukraine at an “alarming rate,” they decided to publish their research early.

“Both the scale and the capability of this operation are concerning. Working with our partners, we estimate the number of infected devices to be at least 500,000 in at least 54 countries,” the researchers wrote.

The malware targets home and office routers and what are known as network-access storage (NAS) devices, hardware devices that store data in one, single location but can be accessed by multiple individuals — creating a massive system of infected devices, commonly known as a botnet.

VPNFilter also uses two stages of malware, an unusual set up that makes it more difficult to prevent a device from being re-infected after it is rebooted. The FBI on Wednesday urged individuals whose devices may have been infected to reboot them as soon as possible.

The FBI is also also soliciting help from a nonprofit known as the Shadowserver Foundation, which will pass the IP addresses to internet service providers, foreign computer emergency teams and others to help stem the damage.

The malware is the latest sign of the growing cyber threat from Russia. News of the outbreak comes roughly a month after senior U.S. and British officials blamed the Russian government for coordinated cyberattacks on network devices in an effort to conduct espionage and intellectual property theft.

The U.S. has also blamed Moscow for the global cyberattack known as notPetya that ravaged computers across the globe last summer, calling it the most destructive and costly cyberattack in history.

The code of VPNFilter has similarities with version of another malware known as BlackEnergy, which was used in an attack on Ukraine’s power grid in late 2015. The Department of Homeland Security has linked the malware to the Russian government.