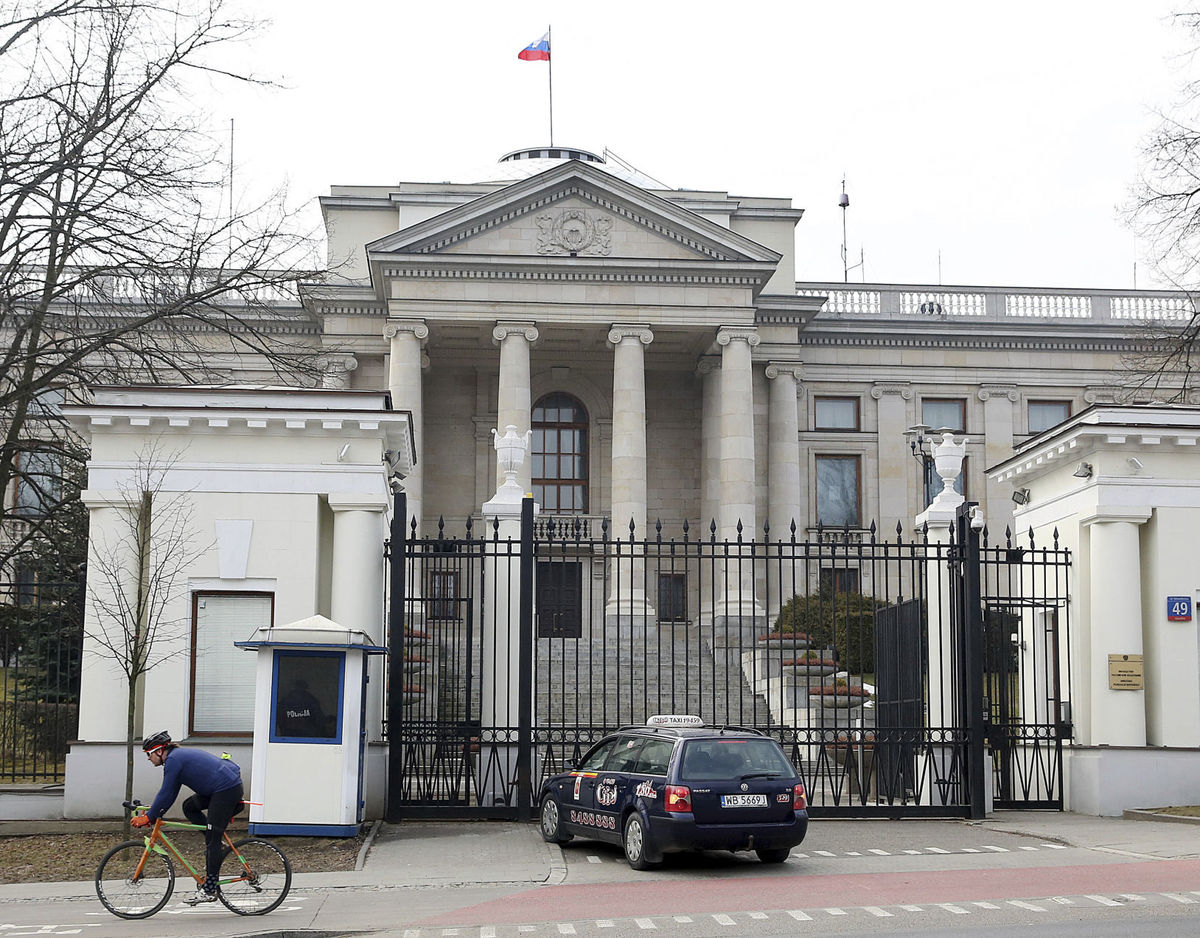 President Donald Trump ordered 60 Russian diplomats the U.S. considers spies to leave the country and closed Russia’s consulate in Seattle. The closure of the Russian consulate in Seattle due to its proximity to one of our submarine bases and Boeing.” The U.S. officials said more than 100 Russian intelligence agents work under cover as diplomats in the U.S. and described the number as unacceptable. They said the U.S. could take further action in the future. The 60 people expelled from the U.S. include 48 attached to the Russian embassy and 12 at the country’s mission to the United Nations. They have seven days to leave the country, the officials said. More here.

London (CNN)It’s the biggest collective expulsion of alleged Russian intelligence officers in history, according to British Prime Minister Theresa May.

Diplomats are being kicked out of at least 21 countries — 16 European Union states, the United States, Canada, Ukraine, Norway and Albania — in a coordinated effort that represents a significant diplomatic victory for the UK, which blames Russia for poisoning Sergei Skripal and his daughter, Yulia.

The UK has already expelled 23 Russian diplomats. Moscow retaliated by sending the same number of UK diplomats back, and by shuttering British cultural institutions in the country.

Here’s what each country is doing:

The UK had already expelled 23 Russian diplomats. People were seen hugging at the Russian Embassy in London on March 20.

Denmark: The Foreign Ministry announced two diplomats would be expelled. “We stand shoulder to shoulder with Britain and clearly say no to Russia at a time when Russia is also in threatening and seeking to undermine Western values and the rule-based international order in other areas,” Foreign Minister Anders Samuelsen said.

Finland: Finland will expel one diplomat, the Foreign Ministry said.

France: French Foreign Minister Jean-Yves Le Drian announced the expulsion of four diplomats, who must leave the country within a week. He said that the decision followed the European Council’s conclusions that the attack “posed a serious threat to our collective security” and that France was acting “in solidarity with our British partners.”

Germany: The German Foreign Ministry said Monday it would expel four diplomats. “In close coordination within the European Union and with NATO allies, the Federal Government has decided to ask four Russian diplomats to leave Germany within seven days. The request was sent to the Russian Embassy today,” the ministry said in a statement.

Hungary: The Foreign Ministry said Hungary would expel one diplomat over “what has been discussed at the European Council meeting,” adding that the diplomat was “also conducting intelligence activities.”

Italy: The Italian Foreign Ministry says it will expel two Russian diplomats from the embassy in Rome “as a sign of solidarity with the United Kingdom and in coordination with the European partners and NATO.”

Latvia: The Foreign Ministry told CNN it would expel one diplomat and one private citizen who runs the office of a Russian company in the capital, Riga.

Lithuania: Foreign Affairs Minister Linas Linkevicius said on Twitter the country would expel three diplomats “in solidarity with the UK over #SalisburyAttack.” Lithuania would also sanction an additional 21 individuals and ban 23 more from entering the country.

Netherlands: Prime Minister Mark Rutte announced the expulsion of two diplomats, saying the use of chemical weapons was unacceptable.

Poland: Poland’s Ministry of Foreign Affairs said it would expel four diplomats and said the attack showed how “a similar immediate threat to the territory and citizens of EU and NATO member states can happen anywhere.”

Romania: Romania’s Foreign Ministry said on Twitter that one diplomat would be expelled.

Spain: The Foreign Ministry said Spain will expel two diplomats. “From the outset, we have considered the nerve agent attack in Salisbury to be an extremely serious development that represents a significant threat to our collective security and to international law,” the ministry said on Twitter.

Sweden: The Foreign Ministry told CNN it will expel one diplomat.

Albania: The Ministry of Foreign Affairs told CNN it will expel two Russian diplomats. In a statement, the ministry said called each diplomat a “persona non grata” and said the pair’s activities were “not compliant to their diplomatic status.”

Canada: Ottawa said it was expelling four Russian diplomats alleged to be intelligence officers “or individuals who have used their diplomatic status to undermine Canada’s security or interfere in our democracy.” Additionally it was refusing three applications by Moscow for additional diplomatic staff. “The nerve agent attack represents a clear threat to the rules-based international order and to the rules that were established by the international community to ensure chemical weapons would never again destroy human lives,” Foreign Minister Chrystia Freeland said.

Norway: The Ministry of Foreign Affairs told CNN it would expel one Russian diplomat in response to the attack. “The use of a nerve agent in Salisbury is a very serious matter,” Norwegian Foreign Minister Ine Eriksen Soreide said in a statement. “Such an incident must have consequences.”

Ukraine: President Petro Poroshenko said Ukraine, which has experienced years of hostility from Russia, including the annexation of Crimea, would expel 13 diplomats. “Russia has again reconfirmed its disdainful attitude to the sovereignty of independent states and the value of human life.”

United States: The White House said it was expelling 60 Russian diplomats identified as intelligence agents and also announced the closure of the Russian consulate in Seattle. It represents the most forceful action Trump has taken against Russia to date. Of those being expelled, 48 of the alleged intelligence agents work at the Russian embassy in Washington and 12 are posted at the United Nations in New York, senior administration officials said.