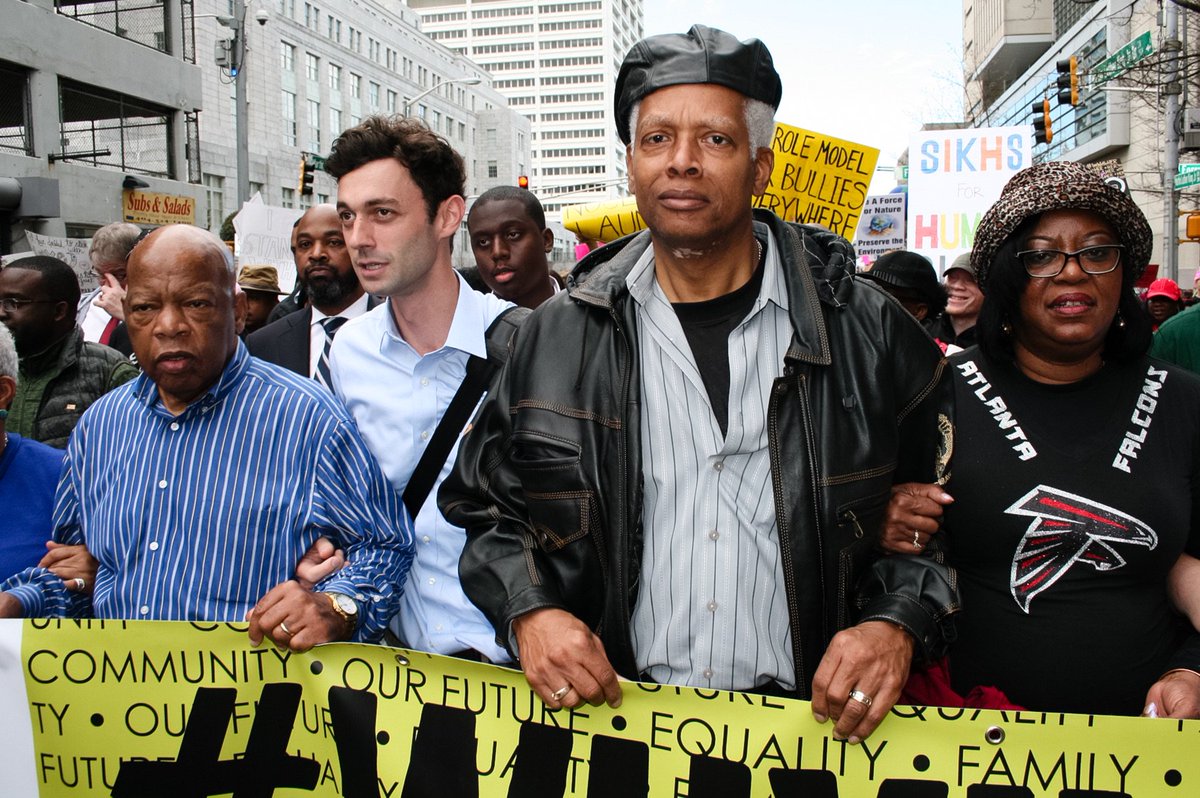 “We must unify behind Jon today and invest in his campaign like our lives depend on it.” —Rep. Stacey Abrams, Georgia Democratic House Leader

“Ossoff is the sort of progressive champion—strong on both racial justice and economic justice—who can channel that resistance energy into progressive volunteers and votes…”  Ilya Sheyman, executive director of MoveOn.org Political Action

Aggressive progressives are obsessively busing in volunteers from Michigan, Washington D.C., Maryland, New York, North Carolina and elsewhere in an effort to force a victory in Georgia’s sixth district special election for Jon Ossoff, a former intern for both Representatives John Lewis and Hank Johnson.

Using the hashtags #GA06, #FlipThe6th and #VoteYourOssoff, progressive operatives are active on social media in support of Jon Ossoff.

Another very important election to watch is Congressional candidate James Thompson in Kansas.

As an aside, are Georgian citizens aware of this extreme out-of-state coordination?

Jon Ossoff is running for a house seat to replace former Rep. Tom Price, who was appointed as Secretary of Health and Human Services by President Trump. Ossoff has received hearty endorsements from radical leftist and socialist organizations such as Democratic Socialists of America (who by the way, are now out-of-the-closet socialists), Communist Party USA-sponsored Women’s March, MoveOn.org and the Daily Kos.

Last month, MoveOn.org bragged that they “will be mobilizing its more than 15,000 members in Georgia’s 6th District to volunteer and vote for Ossoff and will be mobilizing progressives across the country to support the campaign through thousands of grassroots donations.”

They continue to explain that the Democratic Congressional Campaign Committee “is paying nine staffers to assist in Ossoff’s campaign” and “also sponsored three focus groups within the 6th that will further study how to reach young voters, African-American voters and swing voters.”

Some examples of endorsers:

@ossoff Does it bother you that your endorser @womensmarch is sponsored by such groups as “Communist Party USA” & DSA? #FlipThe6th pic.twitter.com/WtyXC63z38

“Over the next two weeks, we have an excellent opportunity to deal a powerful blow to the occupier of the Oval Office and his enablers in Congress. The April 18th special election in Georgia’s sixth Congressional District presents the first best chance for people across the country to help win a race that will reverberate through the halls of Congress, drive a bigger wedge between the White House and members of Congress and further stall the efforts of Republicans to roll back the progress of the past decade.”

This special election holds a particular symbolic significance for progressive activists, who view Ossoff’s “anti-Trump” platform as an important benchmark in determining how campaigns will be run in the 2018 elections, which perhaps explains the insane amount of $8.3 million Ossoff reported in donations during the first quarter.

2 thoughts on “#FlipThe6th: Progessives bus in activists from all over the country to support Jon Ossoff”