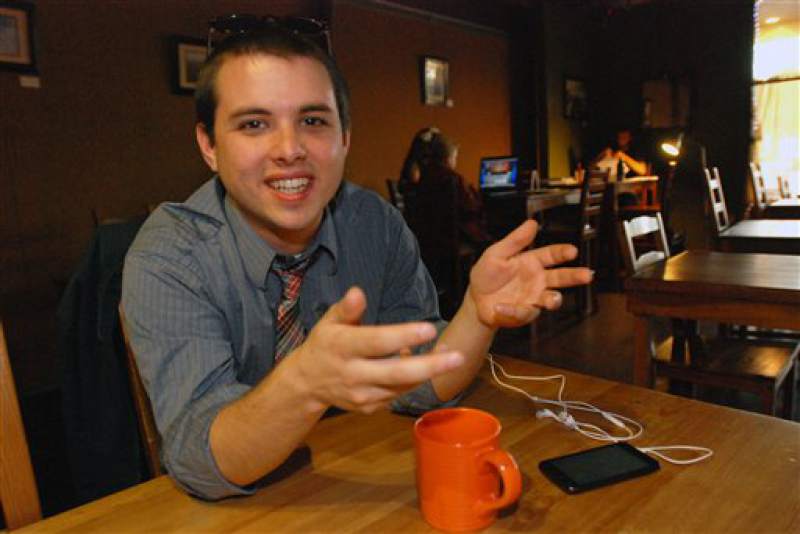 He has been a grassroots community organizer ever since he was a teenager in Arcata, Northern California. He has been involved with The Placebo, Democracy Unlimited, the Tenants Union of Humboldt County, the Redwood Peace & Justice Center, Food Not Bombs and a number of other organizations and causes. He has also managed the campaigns of several local Progressive candidates.

In 2004, Shane Brinton, Arcata, served on the National Council of the Young Communist League USA.

A 2004 copy of the League’s Dynamic, carries a fiery anti-war speech he delivered at a peace demonstration in Eureka. In one paragraph he rails against corporate America, urging workers to rise up against their bosses saying, “It is [the CEO’s] employees, the rank and file workers, who actually produce the products and provide services that the CEO profits from.”

In 2005, Brinton was a US delegate to the communist World Festival of Youth and Studentsin Venezuela, with 15,000 other young people.

Later, Brinton became involved in Democratic Party politics and was elected to the state Central Committee as part of a “Progressive slate.”

In 2013, Shane Brinton was mayor of Arcata and on leaving that position worked for SEIU.

By 2016, Shane Brinton confirmed his Marxism by becoming active in SacramentoDemocratic Socialists of America.