Hello and welcome to the Watcher’s Council’s ‘Weasel Of The Week’ nominations, where we award the famed golden plastic Weasel to a public figure who particularly deserves to be slimed and mocked for his or her dastardly deeds during the week. Every Tuesday morning, tune in for the Weasel of the Week nominations and check back Thursday to see which Weasel gets the votes and walks off with the statuette of shame!

The Independent Sentinel: Nancy Pelosi was so very weasley this past week.

“I do not believe what happened the other night is a wave,” Pelosi said about the election, she described it as “an ebb tide.”

She can say any dumb thing she wants because the imbeciles who vote for her will continue to vote for her no matter what she says.

She went into a crazed rant about sexism and ageism last week because CBS news reporter Nancy Cordes asked her if she gave any thought to stepping down as the leader.

After she was asked the question, Nancy said, “What was the day,” she replied to Cordes, “when any of you said to Mitch McConnell when they lost the Senate three times in a row… ‘Aren’t you getting a little old, Mitch? Shouldn’t you step aside?’ ”

Best yet was her big lie about Jonathan Gruber.

She said she didn’t know him, but there is video of her referencing him in 2009.

The Noisy Room: Barack Obama for his thuggish response when questioned if he has the lawful/Constitutional authority to sign an Executive Order giving Amnesty to at a minimum of 5 million illegal aliens and a more realistic estimate of 34 million:

Showing no signs of backing down, President Obama today strongly pushed back against critics questioning his authority to bypass Congress and act unilaterally to reform the nation’s immigration system.

“There is a very simple solution to this perception that somehow I’m exercising too much executive authority: pass a bill I can sign on this issue,” he said at a news conference at the conclusion of the G20 Summit in Brisbane, Australia.

If Congress does act, Obama said, “Metaphorically, I’ll crumple up whatever executive actions that we take and we’ll toss them in the wastebasket because we will now have a law that addresses these issues.”

The president said he has received legal advice from his attorney general about the limits of his executive power to act on immigration, but would not comment further.

In other words, my way or no way. Amnesty will happen, according to the dictator, either by a bill he approves or by decree – his choice is no choice at all. It is a mafia-style threat. And you’ll find out if I have the authority when I do the dirty deed. A bigger weasel never scurried the earth. 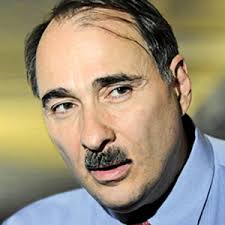 The Right Planet: David Axelrod, who tweeted, “As one who worked hard to make ACA and its benefits clear, let me say: if you looked up ‘stupid’ in a dictionary, you’d find Gruber’s picture.” Huh. Imagine that – throw Gruber under that bus. An interesting comment coming from Axelrod, considering he was present with Jonathan Gruber at a July 20, 2012, meeting at the Oval Office where they discussed how to get around the CBO scoring of Obamacare.

“In addition to the president and Elmendorf, present in the meeting were White House officials such as Assistant to the President for Legislative Affairs Phil Schiliro, Director of the White House Office of Health Reform Nancy-Ann DeParle, Office of Management and Budget director Peter Orszag (a former CBO director himself), National Economic Council Director Larry Summers, chair of the Council of Economic Advisers Christy Romer, senior adviser David Axelrod, and press secretary Robert Gibbs.

Others were there as well, including Department of Health and Human Services adviser Meena Seshamani, Harvard University economist David Cutler and Alice Rivlin of the Brookings Institute, who was founding director of CBO from 1975-1983.”

Although the ABC piece did not mention Gruber by name, White House Logs show Jonathan Gruber entered the White House at the same time as David Cutler for the meeting in the West Wing.

Virginia Right!: I nominate Norman Lear for his remarks on MSNBC. Lear was asked what Archie Bunker would think about the TEA Party:

When asked if Archie Bunker would be a member of the Tea Party today Lear said, “Archie would have denied the Tea Party. He would have started the coffee party. He was not a hater and that was the secret of Archie Bunker, he was not a hater. He was much more afraid of progress then he was um of a bigotry. Black people moving into the neighborhood, wait a minute that never happened before.”