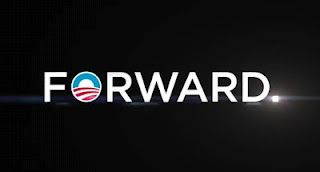 NoisyRoom
By: OldIronsides
Conscience of a Conservative

All the news media is reporting today that the 2012 Obama campaign has begun with their new slogan, “Forward”. Aside from this, the leftist news media will be wetting their pants and getting tingles down their legs over the Obama Superman-hero propaganda, wherein we will be reminded from now till election day who it was who single-handedly wiped out all of those nasty leaders of al-Qaida. And remember, every cornered rat will kill their own kind to survive. And that goes for the Occupy protesters, too. Unfortunately for the uninformed the slogan has been used many times before but Obama is counting on everyone’s poor memory not to realize that. I rather like the patriotic opposition’s take on this Obama slogan as shown on another web site, The Patriot Post. 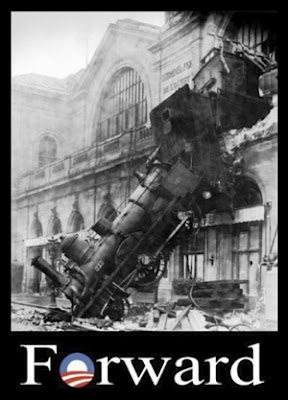 And this one sent to me by a friend that comes from the Leading Light Communist Organization. 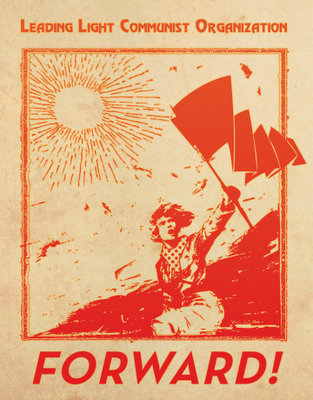 Check this next web site for examples of when and where this “Forward” slogan has been used in the past. http://www.hackwilson.blogspot.com/ This blogger has dug up quite a selection from the inglorious past of every communist regime.

I suspect this is, and always has been, Barack Obama’s personal wet dream, cultivated from a very young age by his radical Marxist mother, self admitted Communist grandfather, and personal childhood mentor, Communist, America hater, and pedophile Frank Marshall Davis.

The “Forward” slogan isn’t anything new to politics. Wikipedia’s article on the leftist term Forward states:

The name Forward carries a special meaning in socialist political terminology. It has been frequently used as a name for socialist, communist and other leftwing newspapers and publications. For example, Vpered (Russian language for ‘Forward’) was the name of the publication that Lenin started after having resigned from the Iskra editorial board in 1905 after a clash with Georgi Plekhanov and the Mensheviks. 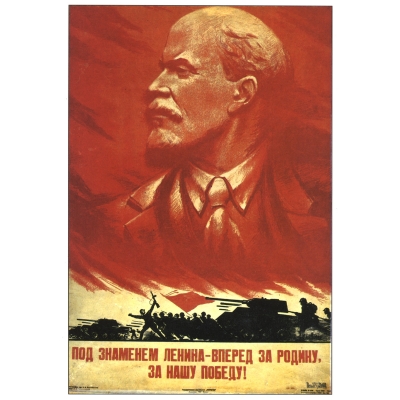 Forward for the Motherland, for our victory!

Go to this blog and see the rest of this great collection of leftist propaganda.

You cannot discount the fact that Barack Hussein Obama was greatly influenced in his youth when his self-admitted mentor, Frank Marshall Davis, a life-long communist, befriended him in Hawaii when he was 10 years old. Obama even wrote about him in his book. And if you have any doubts about the lingering affects of the communist mentor that befriended Obama for many years, check out KeyWiki’s completely documented history.

Barack Obama and the Communist Party

Usually, I just quote from the text of these articles, but this one is so extensively documented that I thought I would just quote the references as a teaser to get you to read it all.