From the Peoples World 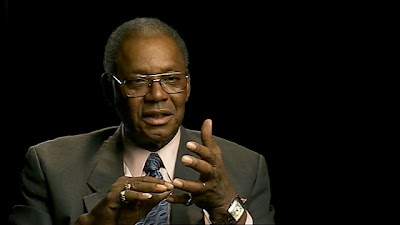 Calling the recently passed Arizona anti-immigrant law a “most dreadful piece of legislation” and likening it to apartheid South Africa’s passbook program, Coalition of Black Trade Unionists President Bill Lucy told the 700 delegates and guests at the organization’s 39th convention in Detroit that the CBTU would be moving its 2011 convention from its scheduled location in Phoenix.

“We have to join in that fight,” said Lucy, even though his organization may face severe penalties for breaking its hotel contract.

Lucy, who is also secretary-treasurer of the 1.6-million-member American Federation of State, County and Municipal Employees, and a long time member of the marxist said that the law targets immigrants who “have as much right to be here as any other nationality.”

“People want a decent job and better life and there is absolutely nothing wrong with that,” he said. “We need an immigration law to bring 12 million people out of the shadows and give them legitimacy. Yes we can!“

“President Obama is our friend; we want to be seen with him day and night. He’s our best chance“ said Lucy.

Lucy reminded everyone that President Obama inherited the greatest mess since FDR. Our economy was “going down the sewer” until this president came into office, Lucy noted. Obama has the sensibilities and program to reclaim this country for regular people, he said, but he warned that “Republicans will never vote for anything that allows him to claim success bringing this country back.”