Chris asked “is there one single book which has done more to shape your political or philosophical views than any other, if so, what is it?”

Well Chris, that was probably “Atlas Shrugged“, but to portray a fuller picture of where I stand, politically and philosophically, I’ve made a list of five texts that have made a big impact on my thinking. 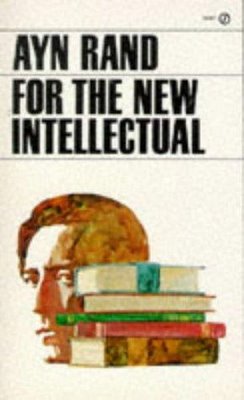 For the New Intellectual by Ayn Rand

I’ve often likened this book to being “hit on the forehead with a cricket bat“. This book is a collection of the important passages and speeches from Rand’s novels. I was 17, when first read this book and I found it TOUGH. The 30 odd page “Galt’s Speech“, nearly did me in. I was the leftie product of the welfare state, who had just absorbed the basics of free market economics from my 7th form economics teacher, “Jason” McCord. This book, took SO MUCH intellectual effort to absorb. It turned me into even more of an obnoxious zealot who browbeat all his friends and made life hell for the intellectually impaired. That is everyone but me.

This is a great book, but probably not the best for beginners. 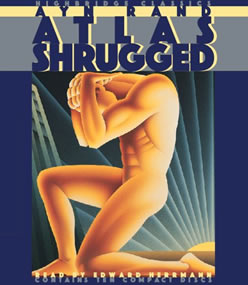 I soon read all of Ayn Rand’s books and while in some ways I prefer “The Fountainhead“, there is no doubt that “Atlas Shrugged” made a huge impact on me. I’ve read it several times since and it never palls. The story of a strike by the world’s top creative people and the consequent chaos, Ayn Rand illustrates her philosophy by showing the consequences of ideas (good and bad) in the real world.

Only one thing jarred, in this book. There is a passage where hero, John Galt, claims that the ideal or “perfect” man, cares nothing for life beyond this. A cop out of massive proportions, Ayn.

First published in the year I was born, this book truly did, change my life.

Eonomics in One Lesson by Henry Hazlitt

I read this in my early 20s and it settled any remaining questions I had about the virtues of unfettered free markets.

In simple language Hazlitt demolishes economic fallacies by the score and creatively illustrates the power of free market solutions.

I don’t know why we bother with economists, when this book practically and entertainingly says it all. (Sorry Rodney) 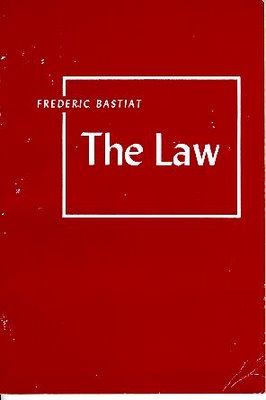 The Law by Frederic Bastiat

Frederic Bastiat, was a 19th century French politician. In an era of mercantilism, conservatism and the birth of socialism, Bastiat championed free markets and limited governments in about the most hostile environment imaginable.

“The Law” is a classic text. Written in short paragraphs like “Law is a Negative Concept” and “The Law and Morals“, Bastiat beautifully explains the ideal of free peoples and shackled governments.

It has been quoted in Parliament, by, would you believe it, a NZ First MP. God knows how great this country could be if all our MPs would read “The Law” and act accordingly. 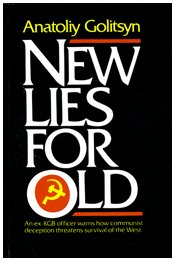 This is where I get my conspiratorial bent from. Golitsyn was a senior KGB agent who defected to Finland in 1961. He claimed to have taken part in formulating the KGB’s new long term strategy, under Shelepin in 1958/59.

Golitsyn’s thesis was stunning. The KGB had orchestrated the Sino-Soviet split of the early ’60s, the “Prague Spring” of ’68, the rise of “Solidarity” in Poland, the “liberalisation” of Eastern Europe and the fall of the Berlin Wall in the ’80s, “Perestroika” and even the bogus surrender of power by the Communist Party of the Soviet Union.

The plan was Leninist; a massive strategic defeat/retreat, which would divide the West, compromise NATO and allow the old socialist bloc, including China, to modernise their economies using some “capitalist” methods.

Then the Soviets, Chinese, their satellites and Islamic, Asian and Latin American allies would coalesce to deliver THE knockout blow against the US.

Golitsyn’s book was first released in 1984, several years before his major predictions came to pass. A “must read” for anyone interested in international politics.

Definitely not for the faint hearted.

2 thoughts on “Five Books That Changed My Life”