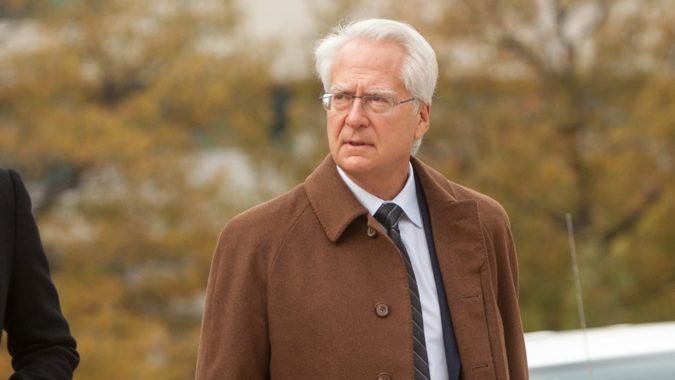 In an interview on November 11, just about a week after the election, Larry Klayman appeared on my television show to argue that Trump had a dead-end election fraud legal strategy. He didn’t have much confidence in Trump’s legal advisers.

Then, on November 24, 2020, Larry Klayman was on my show again, reiterating that Trump couldn’t and wouldn’t win.

The founder of Judicial Watch and Freedom Watch, Klayman understands that the federal courts are corrupt and were unlikely to rule in Trump’s favor. He said that Trump, despite proclamations about vote fraud and his own victory, would exit the White House because the federal courts, including the Supreme Court, wouldn’t intervene.

Of the many guests I interviewed about election integrity, Larry Klayman was the only one who predicted that Trump would ultimately be forced from the White House and that China Joe Biden would be installed.

Not learning their lesson, we find some Trump supporters today saying that the former president will be back in the oval office by August.

Meanwhile, Russia, China, Iran, and other enemies of the United States continue to wage war on America and our allies, as our southern border continues to decay and the China virus continues to kill.

It was Klayman who did what the U.S. Government should have done. Early in the pandemic, he filed a complaint in federal court seeking to hold China legally responsible for the China virus and its source, the biological weapons program based at the notorious federally-funded Wuhan lab.

Virtually everything Klayman documented in his complaint has been reluctantly and subsequently verified by other so-called “experts.”

This is why Klayman’s upcoming Third Continental Congress, being held in Philadelphia July 5-6, 2021 at Independence Hall, is so important. Citizens will gather from across the country to hear a line-up of great speakers and consider a New Declaration of Independence from America’s enemies at home and abroad.

As Klayman outlines new revolutionary strategies, one of his ideas being pursued is to convene citizen grand juries to go after the corrupt politicians and Deep State operatives who control the intelligence agencies.

With Klayman continuing to sound the alarm about “continued mass government surveillance” by agencies that spy “like the German Gestapo,” and have the ability to gather information to blackmail people to do their bidding. we now have the spectacle of Tucker Carlson, on his June 28th show, claiming he had become a target of the NSA. He said a whistleblower informed him that the intelligence establishment had acquired his private emails.

With the highest-rated show on cable television, Carlson can try to defend himself. But what about the rest of us?

On June 17, on ASI TV, I interviewed pro-family activist Arthur Schaper about his encounter with FBI agents who showed up at his door to grill him about the events of January 6. He wasn’t there when military veteran Ashli Babbitt was murdered by the Capitol Police, but they wanted to question him anyway. It’s another indication that the FBI has become an enforcement arm of the Biden regime’s imposition of Cultural Marxism on the nation. Schaper was apparently monitored by the FBI because his group rescues young people from the clutches of sexual militants and seeks to restore Christian traditions of morality to America.

This is not surprising. In a case brought years ago by Klayman, conservative Judge Richard Leon had ruled that the government had engaged in “almost Orwellian” Big Brother behavior and that the NSA’s mass surveillance had to stop. The term was a reference to the George Orwell novel about a police state, 1984.

But it was then-federal Judge Brett Kavanaugh who had issued a controversial decision in favor of this mass surveillance program. In ruling against Klayman, Kavanaugh said the so-called “metadata collection program,” conducted without probable cause, was “entirely consistent with the Fourth Amendment” and was “not considered a search under the Fourth Amendment…”

For that reason and others, during an August 4, 2018, appearance on ASI TV, Klayman declared Judge Kavanaugh “uniquely unqualified and unfit” to serve on the Supreme Court. I agreed. Our report, “The Deep State Wears Black Robes,” supports Klayman’s assertion that there is an “alternative government” in the intelligence community that collects personal information on people and uses it for political purposes. These intelligence agencies, including the NSA, CIA, and FBI, are more powerful than the president himself.

More often than not, these agencies are working against the interests of the American people. They can’t do anything of substance to stop China or Russia. But they can monitor and harass conservatives and Christians because they are suspected of having ties to people who were welcomed into the Capitol on January 6.

It was this mass surveillance that was trained on President Trump, his family, staff, and colleagues, leading to Special Counsel Robert Mueller’s Russian collusion witch hunt.

Klayman says, “We are now living in an increasingly Marxist atheist hell.”

As such, his proposed “Declaration of Independence of the Third Continental Congress,” to be discussed on July 5th and 6th in Philadelphia, Pennsylvania, is a valuable next step. It makes sense. In fact, as Thomas Paine would say, it makes “common sense.”

“The cause of America is, in a great measure, the cause of all mankind,” Paine said.