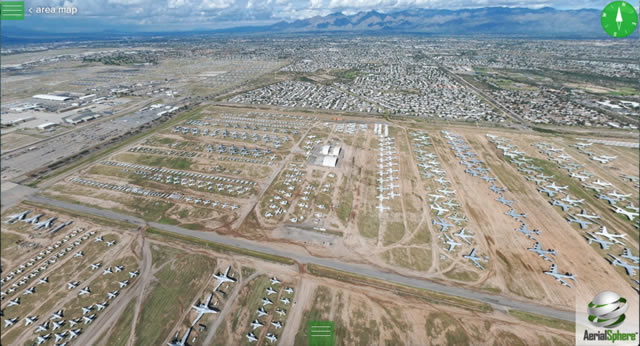 Reclaiming parts from grounded aircraft has allowed an estimated 3200 aircraft to continue flying. But what about historic navy ships with long histories? Photo essay

There has to be several more options to preserve these mighty ships. Your comments are encouraged.

Thanks to Chris Woodyard:

LOS ANGELES – The Lane Victory is one of the last of hundreds of hastily built cargo ships that helped win World War II, a testament to Rosie the Riveter and thousands of workers – women and men – who toiled on the homefront.

Around the country, many naval memorials – proud decommissioned naval ships that played a key role in America’s 20th-century wars – languish in increasingly desperate shape, eaten away by corrosion that their volunteers do their best to keep out of sight of tourists, such as the throngs expected this Memorial Day weekend.

They include the battleship USS Texas, the only large warship left in the USA to not only have served in the First World War but to have lived on long enough to blast the beaches of Normandy during the D-Day invasion. Now the dreadnought’s only battle is a daily struggle to keep from sinking in its berth near Houston.

Or the destroyer USS The Sullivans, named for five brothers killed when their cruiser was torpedoed and exploded during World War II. There is a fundraising campaign for the Fletcher Class-ship on display in Buffalo, New York, to patch the hull, which leaks. The seagoing greyhound was given a thin steel skin for speed, not expected to last 75 years.

For America’s veterans and others trying to keep the vessels shipshape, the lack of money can be heartbreaking.

“You fall in love with the damn thing,” explained Chris “Frenchy” Marmaud, a volunteer on the Lane Victory. “It’s big and ugly and old, just like the crew. It’s a challenge to keep it alive.”

Often, it’s too big a challenge.

The Navy and other government agencies allowed groups around the country to take ships to use for museums rather than sending them straight to the scrapyard. In some cases, veterans groups wanted them as tributes to military service. In others, cities sought to make them the centerpiece of waterfront attractions.

Amid the enthusiasm for putting them on display, there’s been scant attention given to the sky-high costs of maintenance.

So many ships were doled out that they compete for volunteers and visitors within a few miles of each other. The Lane Victory shares the Port of Los Angeles with another, more recent-vintage museum ship, the battleship USS Iowa, which is about 5 miles from a nonmilitary floating attraction, the retired 1930s ocean liner Queen Mary in Long Beach.

“The Navy released ships to different cities because it was a great recruiting tool, and no one was looking at the end game,” said John Brady, CEO of the Independence Seaport Museum in Philadelphia, home to the cruiser USS Olympia, flagship during the Battle of Manila Bay during the Spanish-American War in 1898, and the retired submarine USS Becuna.  “The people responsible for these ships are very committed to them, (but) they are competing for a very limited funding pool.”

The biggest problems are financial. A statue in a park or town square to commemorate a general, a battle or a war can last generations with minimal maintenance. Ships require periodic trips to shipyards to have their hulls cleaned, painted and patched. The ravages of water exposure, exacerbated by salt, means a never-ending fight against rust. Trips to drydock can run into the millions of dollars – then the refurbishing lasts only about 25 years, depending on the ship.

Many of the ships might be deemed national treasures, but the museum groups said they’ve largely gone without offers of federal funding from the Navy or elsewhere. The Navy says the 47 museum ships under the country that it no longer owns are now the responsibility of the states or nonprofits that took them. The groups must fend for themselves, looking mostly to ticket and gift store sales or corporate and individual donations for support.

Though some ship memorials are big successes – the retired aircraft carriers USS Midway in San Diego and USS Intrepid in New York and the battleship USS Missouri in Pearl Harbor are popular attractions – it’s often the less-visible ships that are in the deepest trouble.

Veterans filed suit to try to stop a plan to tow the submarine USS Clamagore, on display in Charleston, South Carolina, out to sea and sink it. That way, at least divers could enjoy what’s left of it.

Tom Lufkin joined a group to try to save the Clamagore. Though the sub looks distressed on the outside, where pieces of its deck have been removed, its inner hull is intact, he said.

Mac Burdette, executive director of the Patriots Point Development Authority that operates the Clamagore along with the aircraft carrier USS Yorktown and destroyer USS Laffey, is in a bind. He said he either needs to spend $8 million to restore the sub or $3 million to have it towed out to shallow water and sunk.

“You can’t save every ship,” Burdette said. “The best thing we can do to end this suffering is to turn her into a veterans’ memorial off the coast of South Carolina where she can continue on patrol forever.”

His larger problem is the Yorktown. He said it would cost $50 million over the next 20 years to deal with holes and corrosion near the waterline. The authority owes millions it borrowed from the state for renovating Laffey a few years ago.

“You cannot sell enough tickets and T-shirts to make that work out,” Burdette said.

Patriots Point has an advantage: 400 acres of property that can be developed, creating income streams to help cover a large part of the ship renovation tab.

Other ship museums get creative in scrounging for money. USS Hornet, the retired aircraft carrier that recovered the Apollo 11 capsule after the moon landing in 1969, rents out its cavernous hangar deck on San Francisco Bay for high school proms and other community events.

The Lane Victory has generated revenue over the years from TV and movie productions and as a training venue for law enforcement SWAT teams.

It has big bills to pay and a lot of yard work that needs to be done. It needs repairs to one of its steam engines, a trip to drydock for painting and hull cleaning and to settle debts it has accumulated. Total costs are sure to run upward of $6 million. The ship needs a paint job, and rust is visible on the masts.

The freighter was built in the port, close to where it is docked today. It transported supplies at the end of World War II. The ship’s proudest moment came in the next war, Korea, when it and another Victory ship evacuated thousands of refugees.

Out of hundreds of Victory ships built, the Lane Victory is one of only three that still exist in the USA. Until 2014, it hosted day sailings that included food, a 1940s-style band and vintage fighters that staged mock attacks to show off the ship’s anti-aircraft guns.

Since an engine problem occurred, the Lane Victory has languished dockside as its motley crew of mostly retirees tries to make repairs and raise money to get the ship back out to sea.

One veteran seaman, Issie Deitsch, 91, who said he endured three sinkings during World War II, said he was invited to join the Lane Victory crew, “and I stayed on ever since. I love ships, and I love working on ships.”

No one who knows the ship doubts its significance.

But many don’t know that history.

“For the younger generation, they don’t understand why these ships are important,” said Jonathan Williams, board president of the Historic Naval Ships Association. “World War II for today’s generation is almost like the Civil War to the generations of the 1930s and 1940s.”

Williams, who heads the organization that runs the battleship Iowa, is reorienting the ship to try to generate excitement around a modern subject – showcasing the Navy’s surface fleet – rather than just history.

The group trying to save the Texas looked at using holograms to re-create life during the battleship’s long history. But those efforts are overshadowed by just trying to keep the 105-year-old vessel afloat.

The dreadnought may get a lucky break. Though no federal money is available, the state may come through. The Texas Legislature is considering a measure that could deliver funds to save the historic landmark.

If it passes, it won’t be a moment too soon. Leaks have become so severe that every day, the pumps struggle to discharge about 250,000 gallons of seawater. “She is dying a slow death,” said Bruce Bramlett, executive director of the Battleship Texas Foundation.

Almost $60 million has been spent shoring up or replacing the battleship’s ribs and internal support. To seal the leaks, the hope is that a steel hull can be applied at a cost that could exceed $35 million.

Scrapping the battleship would be no bargain, either. As an old ship that might not be capable of being towed, it might have to be cut up in place at a tab of $30 million.

He is sure of one thing: If nothing is done, “it’s just a matter of time. Salt water wins the fight every single time.”