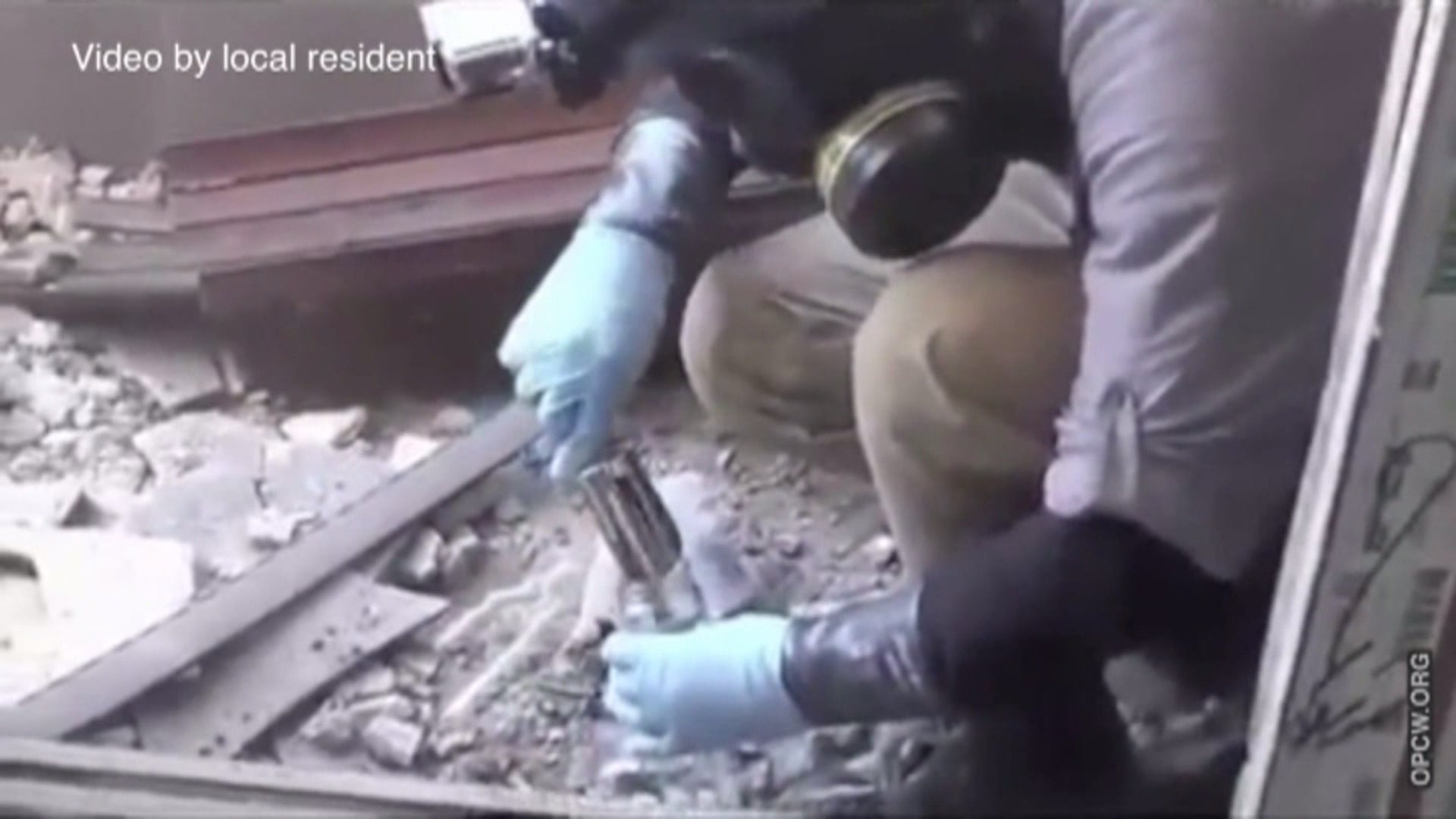 Really Moscow? Exactly how much aid and assistance have Russian forces provided to the dying innocent Syrians? None. Who are the White Helmets?

Then there are those that believe Assad and Putin when they say they had nothing to do with the chemical attacks….hummm. What is the real issue here? Diplomatic relationships… Exactly how many rebel groups have barrel bombs, helicopters and full protection of laboratories to manufacture chlorine and nerve agent gasses? It is called Agent 15 or 3-Quinuclidinyl benzilate. 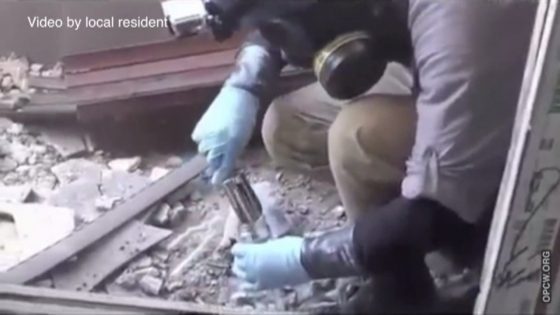 After a Syrian photographer found parts made by German company the Krempel Group in the remains of Iranian-produced chemical rockets that gassed Syrian civilians in January and February, the firm rejected on Wednesday new US warnings about the dangers of conducting business with the Islamic Republic.

“There continue to be ongoing risks with doing business there, because the Iranians have not reformed their system,” Sigal Mandelker, the US under secretary of the Treasury for terrorism and financial intelligence, said on Tuesday.

There is no transparency in the Iranian banking system, she said. “The onus of responsibility lies in Iran and we’re going to continue to highlight the risks of doing business there, because they haven’t taken the actions that they have promised they would take,” she said.

When asked whether it had ignored US warnings, Krempel told The Jerusalem Post on Wednesday it has continued business deals with Iran, but “Krempel GmbH complies strictly with legal guidelines. In unclear situations, we seek legal advice and apply corresponding measures in order to remain in compliance.”

Krempel added that it now “delivers a different pressspan (also not a dual-use good) exclusively to a manufacturer (OEM) [Original Equipment Manufacturer] in Iran because we can know the end usage.”

A presspan is an insulating material with a cellulose base that can be used in motors. Dual-use goods can be used for both military and civilian purposes, and what items come under this rubric is subject to dispute.

Green Party politician Volker Beck told the Post that “Germany has apparently in the past allowed the delivery of dual-use goods to Iran. That is completely unacceptable. One cannot stress the ‘special relationship’ with Israel and at the same time deliver material for Iranian rockets that threaten Israel’s existence.

“The victims of the Assad regime are paying the price for this mistake,” Beck added.

The Krempel Group, located near the southern city of Stuttgart, sold electronic press boards to Iranian companies that were used in the production of Iranian rockets. The press boards are frequently inserted in motors.

Krempel added in its statement to the Post that the company halted business relations with the two buyers in Tehran, who were involved in delivering the Krempel material for the chemical weapons attacks in Syria. The firm said it terminated business with the two men who operate companies in Tehran’s Grand Bazaar because it cannot influence the use of its products in that market.

KREMPEL’S DECISION to continue business with Iran prompted criticism from Julie Lenarz, a senior fellow at the Israel Project.

She told the Post that “on Saturday, harrowing footage of children foaming at the mouth, dying in agony from exposure to chemical weapons, flashed across our television screens again. If our politicians want to move beyond empty mantras of condemnation, they can start by punishing the protectors of the murderous Assad regime.

“Since the nuclear accord was signed with Iran in 2015, European countries and companies have flocked to Tehran for lucrative business deals. The consequences have been grim. Material sold by Krempel was caught in Iranian chemical rockets deployed against Syrians civilians. And yet the company refuses to stop trading with Iran, hiding behind smug legal truisms,” Lenarz said.

She added that “no company with a robust ethical code, nor any country with a moral compass intact, could possibly regard Iran as a legitimate business partner. The Islamic Republic is the No. 1 state sponsor of terror. The greatest threat to stability in the Middle East. A brutal occupier abroad, and a repressive theocracy at home.”

The Krempel Group describes itself on its website as “an independent manufacturer of high quality semi-finished products and a leading global system supplier of modern materials. Our electrical insulations, composites, solar and electronic materials, as well as special laminates, enjoy an excellent reputation worldwide and we are global market leaders in many of these sectors.”

When asked about Krempel and German companies conducting dual-use business with Iran, Christiane Fuckerer, a spokeswoman for Federal Office for Economic Affairs and Export Control – BAFA, said she could not provide such information by press time.

Beate Baron, a spokeswoman for Germany’s Federal Ministry for Economic Affairs and Energy, which oversees BAFA, declined to answer a Post media query.

BAFA said in February that Krempel’s Presss pan PSP 3040, the material used in Iranian chemical rockets, is not classified as dual-use merchandise.

German exports to Iran increased in 2017 by 19%, with a total value of just under €2.4 billion. The Post reported in 2017 that numerous German intelligence agencies reported that Iran sought chemical and biological weapon technology in the Federal Republic.

German Chancellor Angela Merkel said she was “shocked’ about Saturday’s chemical attack in Syria and the repeated use of poison gas in the country.

*** Anyone remember the report of North Korea assisting Assad with chemical weapons?

In part: North Korea has been sending equipment to Syria that could be used in the manufacturing of chemical weapons, according to a New York Times report citing United Nations experts.

The UN spokesman also said that shelling between rebels and Government forces in Syria had not stopped, despite a UN-ordered ceasefire, and it was not safe for relief crews to get humanitarian and medical aid into Eastern Ghouta and other parts of war-ravaged Syria.

The news of North Korea’s possible assistance with Syria’s chemical weapons program comes after reports that Myanmar had been receiving ballistic missile technology and weapons from North Korea.

Myanmar’s Government has denied having any military ties with North Korea.

But earlier this month another confidential UN report, sighted by Reuters, suggested one unnamed country reported it had evidence that Myanmar received ballistic missile systems from North Korea, along with conventional weapons, including multiple rocket launchers and surface-to-air missiles.

Myanmar’s UN ambassador Hau Do Suan responded to the claims, stating the Myanmar Government “has no ongoing arms relationship, whatsoever, with North Korea” and is abiding by the UN Security Council resolutions.