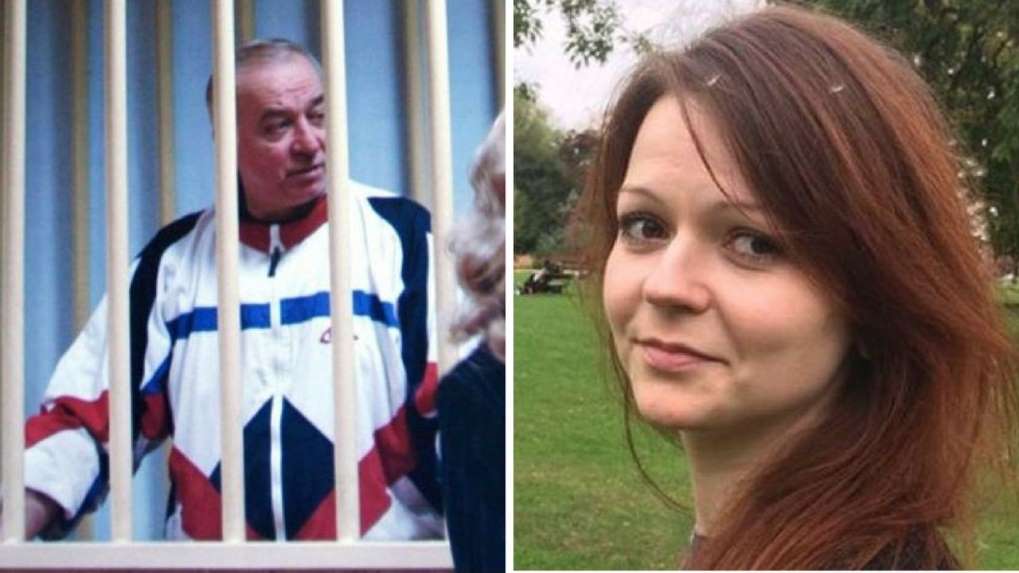 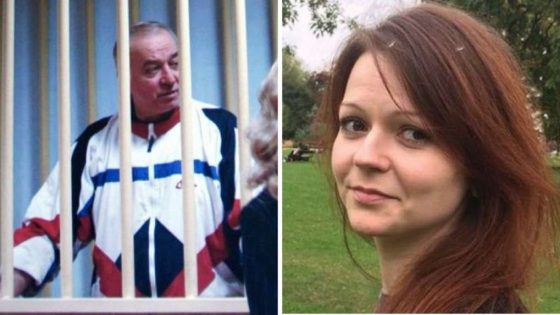 Sergei Skripal, 66, and his daughter, Yulia, are still hospitalized and are in critical condition in Britain after being exposed to the Russian nerve agent called novichok. Authorities now believe it was applied to their front door and that is how they came into contact with it. This is a military grade nerve agent that has no cure.

Skripal’s niece, Viktoria Skripal, told the BBC that the two have about a one percent chance of surviving. If they do, they will be crippled physically and mentally for the rest of their lives. The effects are debilitating and the pain continues to grow. It is prolonged torture until the victim succumbs and dies. She said the prognosis “really isn’t good.” The attack took place on March 4th in Salisbury. “Out of 99 percent, I have maybe 1 percent hope,” she said. “Whatever [nerve agent] was used, it has given them a very small chance of survival. But they’re going to be invalids for the rest of their lives.”

Skripal and his daughter were found unconscious on a park bench. A police officer exposed to the substance during the investigation was hospitalized and released last week. Over 130 of Brits were exposed to the agent, but are expected to survive their encounters with it.

At least 21 countries across the planet have expelled over 135 Russian diplomats they suspect of being spies. That includes NATO itself that has expelled 7 Russians. Virtually every country is blaming Russia and Putin for the attack. In retaliation, Russia is expelling diplomats and threatening a new Cold War. “Together we have sent a message that we will not tolerate Russia’s continued attempts to flout international law and undermine our values,” British Prime Minister Theresa May told Parliament

Russia is blaming Britain for the attack, which is ridiculous. They have adamantly denied any involvement in the nerve agent attack. But Russia has been involved in the assassination of 14 other individuals in Britain over the last 20 years. This is just an escalation of those actions. “This is an attempt on the lives of Russian citizens on the territory of Great Britain,” Russia’s Foreign Ministry said. “It goes without saying that this unfriendly move by this group of countries will not go unnoticed.”

Theresa May says the Skripals may never recover from the attack, saying “their condition is unlikely change in the near future, and they may never recover fully.” In fact, death would probably be a blessing at this point. At least the unbearable torture would end. “This shows the utterly barbaric nature of this act, and the dangers that hundreds of innocent citizens in Salisbury could have faced,” she said. “We assess that more than 130 people in Salisbury could have been potentially exposed to this nerve agent.”

The remarks from Viktoria Skripal and May echo those made by a Russian scientist, Vil Mirzayanov, who once leaked Moscow’s secret experimentation with novichok. He is now 83 and lives in the U.S. He said earlier this month that the nerve agent, developed in the early 90s during the end of the Cold War, is “10 times” more powerful that other nerve agents like sarin or VX. “The people are gone – the man and his daughter. Even if they survive they will not recover,” he told AFP a week after the attack in Salisbury. He stated that the nerve agent attacks the nervous system, making it impossible for victims to breathe and causing unimaginable pain. “It’s torture,” he said. “It’s absolutely incurable.” That Russia could use this on people is not surprising, but it is evil and barbaric.

This brings to mind the infamous assassination of Alexander Litvinenko, a former intelligence officer who defected to London in 2000 after publically accusing his superiors of hatching a plot against a Russian oligarch. He fell ill in November of 2006 and died not long after that. His death was ultimately attributed to drinking tea poisoned with radionuclide polonium-210. A judicial inquest ruled in 2016 there was a “strong probability” Litvinenko’s death was a Russian intelligence operation that was probably approved by President Vladimir Putin. In my book, that is a certainty.

The Organization for the Prohibition of Chemical Weapons is currently conducting a probe into the nerve agent used against the Skripals. Officials said this week it could take two to three weeks to complete laboratory analysis on the samples.

Another hit on a Russian has surfaced this week that I have written on before. Buzzfeed is reporting that a secret report authored by Christopher Steele alleges that a former aide to Russian President Vladimir Putin was assassinated in Washington, D.C. and did not die by accident as the Department of Justice ruled.

Four sources familiar with the document told the news outlet that the former British intelligence agent’s report concludes that Mikhail Lesin was beaten to death by individuals working for a Russian oligarch close to Putin. The individuals were instructed not to kill Lesin, the report continues, but went too far and murdered him.

Steele is the source of the infamous dossier against Trump that is fake. But before you discount the story on the assassination in D.C., I will tell you I already knew about this and have known for a month or more that this was the case. There are other sources reporting it as well. Originally, Obama’s Department of Justice said that the man got drunk and literally beat himself to death. Which is laughable. The Justice Department concluded in 2016 that Lesin’s death was due to injuries sustained in an accidental fall, with “acute ethanol intoxication” as a contributing cause of death. I have no doubt that Putin’s thugs got over zealous and killed the guy. He was the former head of RT.

“As a result of the almost year-long investigation, the Chief Medical Examiner of the District of Columbia has amended Lesin’s manner of death from ‘undetermined’ to ‘accident,’ ” the department wrote in a statement at the time. Why and how that was determined is unfathomable and highly suspicious.

Lesin served as Russian minister of press, television and radio broadcasting before he founded the state-sponsored news agency RT, then known as Russia Today in 2005. Last year, the U.S. government forced RT to register as a foreign agent, citing the channel’s “strategic messaging for [the] Russian government.” According to Buzzfeed, no one at the FBI believes it was an accident. They never have.

This is yet another incidence of Putin punishing and killing those that fall out of favor with him. The attack in Britain was an act of war. It should be treated as such. Kicking out spies and tit for tat maneuvers are not holding the Russkies to account here and they will keep on doing it. Until countries stand up and tell the Russians enough and apply real consequences to them, they will only be emboldened to kill people whenever, wherever and however they want. It’s Putin’s way.