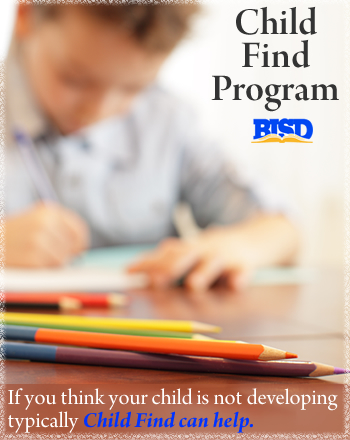 In light of the recent massacre in Newtown, Connecticut, we learn today that, “The Newtown school gunman’s mother was so angry at education chiefs for failing her son, she thought ‘screw them’ and refused to stop dealing with them anymore, a relative has claimed. Nancy Lanza pleaded for better services for her disturbed son Adam, but was apparently rebuffed so many times, she took it upon herself to home school him.”

One can imagine there isn’t a Special Education Director who isn’t wondering if they could do more to identify students with mental health disorders. In fact, there are some who know they can do more – *and the law requires them to do it. However, the administrative apparatus of the public school system is managed in a way that restricts access to the supports and services needed by children with mental illness or disabilities.

Too often, pressure from school Superintendents require Special Education Directors to reduce their budgets, thus leaving Directors no choice but to purposely deny eligibility, interventions, appropriate services and/or supports to children who need them. In essence, school districts claim these children are fine or they’re “cured” because they really don’t need interventions or services despite clear warning signs that something’s very wrong.

Adam Lanza was no exception. Educational professionals report they saw Adam Lanza’s problems as early as 9th grade. At Newtown High School, he was often having episodes and the protocol used by the school was to call his mother, Nancy Lanza, and have her come in to diffuse each crisis.

The head of security for the school district at the time, Richard Novia, told AP reporter Adam Geller, “He would have an episode and she’d have to return or come to the high school and deal with it.”

While Nancy Lanza suffered in silence and rarely spoke of the seriousness of Adam’s problems, the indicators of her son’s severe mental illness were there. Nancy Lanza’s friends knew Adam had switched schools more than once and that Nancy tried home schooling him.

John Tambascio said, “I always said that I wouldn’t want to be in her shoes. But I thought, “Wow. She holds it well.”” Russell Hanoman said Adam was “clearly a troubled child.” Ryan Kraft, who babysat Adam when he was younger, said, “His mom Nancy had always instructed me to keep an eye on him at all times, never turn my back or even go to the bathroom or anything like that. Which I found odd, but I really didn’t ask; it wasn’t any of my business.”

The Individuals with Disabilities Education Act (IDEA) includes a legal mandate requiring school districts, under the “Child Find” provision, to seek out and find children who exhibit significant problems at school, to include developmental and functional problems; not just academic problems. Most parents aren’t aware of this and the media and politicians won’t tell you about it, but all school districts know.

Under IDEA, anyone concerned about an individual can refer the student, confidentially, to the school district for assessment.

Usually, it is a teacher who refers a student for assessment. Unfortunately, due to the nationwide “budget constraint” mantra from the educational system, we are told that teachers are discouraged by their districts in the referral of students with suspected disorders and that “it’s a big waste of time as districts take no forward motion” according to one teacher who has asked to remain anonymous.

Did Lanza’s school district follow the Child Find law? Did they refer him for a psycho-educational assessment and provide the interventions and services needed? As we now know, they did not.

You may wonder, “Why at school?” Children with mental illness or disabilities experience the majority of their difficulties within and because of school. The random, unpredictable and social dynamics and demands of all school campuses generally intensify the manifestations of a child’s disorder.

Their inability to properly navigate the school environment is the first warning sign that, without proper interventions and supports, they will be unable to navigate in the real world when they reach adulthood.

Unfortunately for parents, their distraught and possibly violent child is often denied an assessment by the school district or, if given an assessment, they’re denied Special Education eligibility and/or appropriate supports and services, especially if the child is demonstrating “adequate academic progress.” Parents are often pleading and begging for help from the school.

This is where school districts misinterpret the law. Clearly, IDEA legislation requires that students who demonstrate issues of functional, social, and/or emotional development are to be assessed and the needed interventions, supports and services must be provided.
If Adam Lanza’s school district had followed the law, they would have requested Nancy Lanza’s consent to conduct a psycho-educational assessment in all areas of suspected disability, which includes mental health, in order to get to the bottom of his mental illness, thus enabling them to determine the interventions and services he needed (to include institutionalization if necessary). In addition, he would have been closely monitored via an Individualized Education Plan (IEP).

Ask yourself… could things have been different if the school district had followed the law just a few short years ago? Would it have revealed the severity of his mental illness? Would interventions have been provided that may have prevented the murder of 27 innocents? We’ll never know the real answer to that question now.

But we do know his mother, Nancy Lanza, suffered in silence, was murdered by her son and friends and educators knew something was seriously wrong with Adam Lanza.

Often, when a parent is struggling at home with a child who has a mental illness or disability, they are completely overwhelmed and very few can understand this unless they walk in the parent’s shoes. More often than not, parents are not aware of the laws and provisions of IDEA and rarely do they have the energy or resources to fight the educational apparatus’ complex, bureaucratic and lengthy legal process. Not all school districts create barriers such as what is described in this article, but the problem is that the vast majority do.

Like Nancy Lanza, many parents end up pulling their children out of school and implementing a home school program. Consequently, removed from the social world, the child’s problems may appear to diminish somewhat… but those problems re-emerge when they are adults and attempt to re-enter mainstream society.

Did you know that twelve children commit suicide every day in the US? Everyday. One must ask what educators knew and what they did or didn’t do while those children were in their care.

Adam Lanza became an evil killer and educators saw signs of trouble as early as the 9th grade. One must ask what educators knew and what they did or didn’t do while he was in their care.

For parents of children with autism, it’s important to correct the media’s unsubstantiated reference to Asperger’s Syndrome with regard to Adam Lanza. Although Adam Lanza’s brother said “somewhat autistic,” if reporters had done their due diligence, they would have learned that an autism spectrum disorder (ASD) is not a mental illness and it was not in any way related to what Adam Lanza did.

Autism Society: No Link Between Autism and Planned Violence

The media has yet to discuss the real issue regarding Adam Lanza, the failure of the educational system and what might have prevented the massacre of 27 innocent people in Newtown, CT.

Did his school district follow the law and provide the appropriate interventions, supports and services that he needed while he was young, which could have prevented him from becoming an evil killer that took so many innocent lives on December 14th?

President Obama said that he will put funding toward a solution. Well, here it is Mr. President. Clear evidence of what can be, and should have been, done. These laws are already mandated; they’re on the books. The job of the Executive Branch is to enforce the laws of the land that are enacted by Congress, so that’s what the American people have hired you to do. Enforce the Individuals with Disabilities Education Act (IDEA).

Child Find System – Sec. 303.321 – IDEA requires all states to have a “comprehensive Child Find system” to assure that all children who are in need of early intervention or special education services are located, identified, and referred.

(a) General. As used in this part, the term individualized education program or IEP means a written statement for each child with a disability that is developed, reviewed, and revised in a meeting in accordance with Sec. Sec. 300.320 through 300.324, and that must include–

(1) A statement of the child’s present levels of academic achievement and functional performance, including–

(i) How the child’s disability affects the child’s involvement and progress in the general education curriculum (i.e., the same curriculum as for nondisabled children); or

(ii) For preschool children, as appropriate, how the disability affects the child’s participation in appropriate activities;

Case law has further clarified the specific parameters of functional, social, and emotional progress. An example of this is Acalanes vs. Student in California .