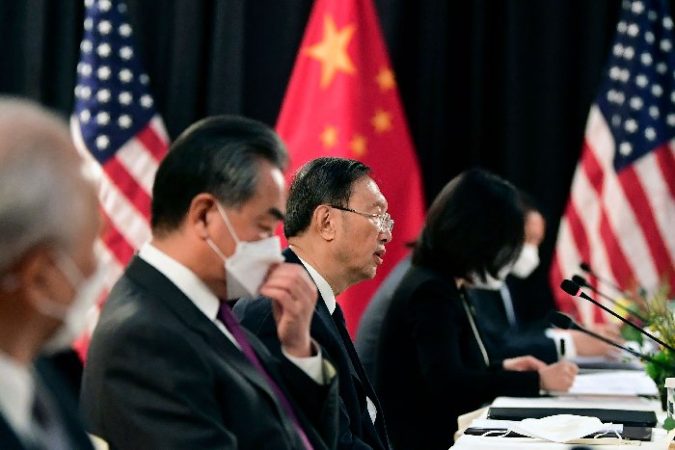 Just Like liberals, conservatives are suckers for a big story that sounds good and confirms their preconceived prejudices. Consider this from Mike Huckabee: “Information from Chinese Defector Might Change the Course of History.” It’s the conservative equivalent of the fake news Russian disinformation dossier.

Does anyone seriously believe that a legitimate top Chinese intelligence official would defect to the United States under the China Joe Administration? As researcher Jim Simpson says, “Why would the guy take his life in his hands for the Biden crowd? Insane?”

The “defector” is either insane or the story is a Chinese plant. My suspicion is the latter.

The story comes from a sex-scandal columnist for the conservative website Red State who lives in a blue state and whose bio identifies her as a “sports fanatic.” Jennifer Van Laar broke the story of former Democratic Rep. Katie Hill’s sex scandal and now wants us to believe her deep sources in the intelligence community confirm there is an alleged defector from the Chinese Ministry of State Security, Dong Jingwei, in the hands of the Defense Intelligence Agency (DIA), spilling the beans on China.

China claims the spymaster is still in China doing his job.

Even if the official has come to the U.S. for whatever reason, the story is reminiscent of the notorious Russian “defector” Yuri Nosenko, who conveniently showed up in America after the JFK assassination to tell U.S. intelligence agencies that Lee Harvey Oswald was not under Soviet KGB control. Oswald, a Marxist member of the Fair Play for Cuba Committee, had defected to Russia and then returned to the U.S.

The motive was clear: the Russians wanted to avoid another confrontation with the United States and escape responsibility for murdering an American president.

In the case of China, the purpose of the story is to convince people that while the virus may have come out of a lab, the “lab leak” theory, it was an accident and that Chinese communist officials can’t be blamed.

The big revelation from the Chinese “defector” is something we already know – the China virus came out of the Wuhan lab. “Oh, wait — there’s more!” says Huckabee. “According to RedState, Dong has also provided the DIA with copies of the information on Hunter Biden’s laptop, revealing all the scuzz the Chinese government has on Hunter, his nefarious personal habits, and his business dealings with Chinese entities. His father’s, too. It was common sense to assume China had it all, and apparently, they do.”

So the “defector” has information we already have. Big deal.

As geopolitical analyst Jeff Nyquist points out, the real purpose is to convince us that the release of the virus, though real, was accidental. Hence, there’s no reason to consider this an act of war from China.

In fact, as Nyquist points out, this story is “damage control” by the Chinese. They knew the bat soup story about the origin of the virus wasn’t going to last long. Their fallback position is that it came out of the Wuhan lab by accident. That’s where the “defector” story comes in.

“It seems obvious this is a fake defection,” he says.

In an “EXCLUSIVE” follow-up, Red State’s Jennifer Van Laar proclaims, “Chinese Defector’s Identity Confirmed, Was Top Counterintelligence Official.” But nothing about the story has really been confirmed. It is all based on anonymous sources.

In this case, conservatives have fallen for it hook, line, and sinker.

But consider that the Chinese, at this critical junction, want to avoid responsibility and retaliation for what they have done to the American people and the world. We have to keep in mind that that the origin of the virus is a communist country ruled by mass murderers.

In my March 25 column, “The China Virus Deception Campaign,” I noted, “During the history of the world, at critical turning points, there have been massive deception operations. Think about the Trojan Horse. Or consider how D-Day was designed to convince the Nazis that the main Allied landings would be in the Pas-de-Calais and not in Normandy. The latest and most successful deception operation is the China virus campaign. We are the victims and can’t even call it the China virus.”

The Chinese have tried several different approaches to divert attention away from the laboratory origin of the virus. They have even blamed American troops for the disaster.

Dan Bongino was ecstatic, saying that what the Chinese “defector” has provided about the origin and spread of the virus confirms much of what former President Trump has said for many months. He interviewed Red State columnist Jennifer Van Laar on his new radio show. She’s also appeared on Newsmax TV.

It’s true that President Trump understood from the start that the China virus was a national security threat. That’s why he launched a Manhattan Project-style effort to produce life-saving vaccines. He had the immediate task of protecting our people from this bioweapon.

But it’s up to China Joe Biden, who calls Vladimir Putin a killer, to hold China responsible for the more than 600,000 deaths in America. How interesting that along comes a “defector” to “confirm” the new “consensus” that it leaked from a lab by accident. How convenient.

The new “consensus” will be that the U.S. has to spend more on the World Health Organization and the Centers for Disease Control (CDC) to guarantee the security and safety of the Wuhan lab.