Former ACT Deputy Board member Aaron Bhatnagar has this to say, regarding my defence of Rodney Hide’s exposing of David Benson-Pope.

In the end, politics is not about being negative and “hurting the other party” but about advancing society through the application of your philosophy and policy. By way of example, look at Wayne Mapp’s bill to bring in probationary periods in employment. That will actually help business and job growth, which is something we should care about.

Aaron is partly right. Politics should be about advancing a positive agenda, much of the time. 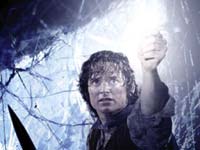 Evil is not a popular concept in today’s world and hardly exists at all outside religious circles. The concept that is-the reality is always with us.

Confronting and naming evil makes us uncomfortable. It reminds us that we all have a dark side and all have committed some evil in our lives.

Politicians are charged primarily with protecting their citizen’s lives and liberty.
A good politician will identify threats to the citizen’s life or liberty and do everything possible to vanquish those threats.

That may be extortion gangs, foreign armies, serial rapists, fraudsters, spies, union thugs, agents of influence in our media or socialist politicians hell-bent on destroying our constitutional safeguards.

How many of our MPs conciously and consistently put their “nuts on the line” to protect us? How many will name an enemy and do what ever it takes to destroy it?

Rodney Hide takes our freedoms and constitutional safeguards seriously. I beleive he recognises that this Labour Government has already done this country huge damage and will do more if given half a chance.

Rodney Hide has slowed the bastards down like no-one else. He has nailed them at every opportunity. He sees the bigger picture. He knows what this country could be and he understands the damage that this government is doing.

Look at three of the greatest politicians of last century; Churchill, Thatcher and Reagan. All had huge positive agendas, but all had no hesitation in confronting evil.

Churchill railed against the Nazis long before it was fashionable and lead Britain against all odds through WW2.

Thatcher took on the truly appalling British unions and defeated them. She protected British sovereignty in the Falklands against the evil of the Argentine invasion.

Reagan fought the Hollywood Communists in ’50s and humbled their Soviet masters in the ’80s. He bombed terrorist Quadaffi into meek submission and he overthrew the Communist regimes of Grenada and Nicaragua.

Like Rodney Hide, none of these people were perfect, but they all had a vision of what was possible and were prepared to fight an “invincible” enemy to achieve it.

This is all very dramatic and old fashioned. It is not how most people see the world today. The moral lines have become so blurred that many can no longer discern them.

A Minister of the Crown has almost certainly lied to Parliament. His Prime Minister doesn’t sack him, she backs him.

That action degrades the morality of this country. It will excuse thousands of future lies and petty crimes for years to come. It was an evil action, with major ramifications. Yet much of the country accepts it as a “so what“.

Helen Clark’s government has set a shocking moral example to this country. That is why I despise this government, for more than any other reason.

Rodney Hide has a huge amount of vision for this country, but he is not blind to the obstacles. When Rodney Hide dishes it out to the likes of Benson-Pope, it makes a lot of people uncomfortable (including me sometimes), but I’m still glad he’s doing it.

I believe we will see more of the visionary side of Rodney Hide in the years to come. But if he has to deal to some evil on the way, then so be it.