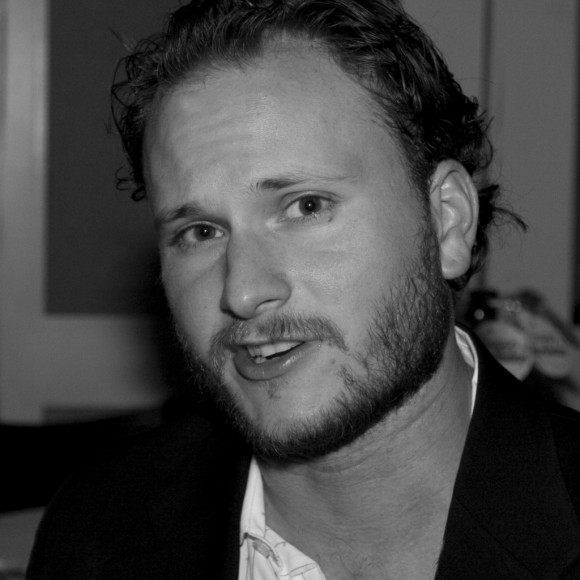 Rep. Allen West’s comments about alleged communists in Congress have led to what West calls “A lot of buzz and inaccurate reporting” in the media. Some reporters have nitpicked West on whether he has concrete proof of actual card-carrying members of the Communist Party USA in the Congress.

Politico called him a McCarthyite and actually quoted a spokesman for the Communist Party as saying that West didn’t know what he was talking about.

But the alternative media, led by www.rebelpundit.com, have been covering the story of how the international communist movement, responsible for about one hundred million dead, is very much alive and has collaborators in the U.S. Congress. Rebel Pundit is the work of Jeremy Segal, a disciple of the late Andrew Breitbart who produced the recent video of Rep. Danny K. Davis being honored by the People’s World at the Communist Party U.S.A.’s headquarters in Chicago for a lifetime of “inspiring leadership.”

When Segal started questioning the congressman outside the party headquarters, CPUSA members and a Davis handler wearing an Obama jacket tried to intervene to protect Davis from further questioning, with one person calling Segal “disgusting.” Segal protested, “Don’t touch me!”

But rather than highlight the case against Davis, who has represented the Chicago-area 7th Congressional District of Illinois since 1996, Chicago Tribune columnist and editorial writer Steve Chapman called West “an embarrassment to the party” for his anti-communist remarks and suggested that he be condemned or expelled from the GOP caucus in the House.

In a brief telephone interview, Chapman, who is labeled a “conservative” by the Townhall website, told AIM that he had never heard of or seen the Davis video, which was originally released through a Breitbart website on March 12. He said he would determine whether it is newsworthy if a link to the video was emailed to him. It has been done.

Although the Davis video got some coverage locally in Chicago, on Fox News and by Investor’s Business Daily (IBD), Segal said he wants to see more media pick up the story, especially because of its national security implications. “This is something that should be front page on the Chicago Tribune,” he said. Instead, however, Tribune columnist Chapman claims no knowledge of the video and bashes West for using inexact language in calling attention to the problem.

“I believe there’s about 78 to 81 members of the Democrat Party who are members of the Communist Party,” West had said. “It’s called the Congressional Progressive Caucus.” Though serious, he was apparently using the term communist in a loose way, to suggest a far-left or radical “progressive” approach, and also to identify what have traditionally been called “fellow travelers” of the CPUSA.

Indeed, there is abundant evidence of members of Congress cooperating and collaborating with the Communist Party and its front groups, with Davis being only one concrete example. But the major media won’t cover the information because of their apparent fear that such coverage would itself be labeled McCarthyite.

Unafraid of the negative attacks, Segal reports “from the belly of the beast” in Chicago and was inspired by Andrew Breitbart to become a citizen journalist. “I became a disciple of Andrew’s in the media battle we’re in.” His Davis video is the biggest yet and has the potential to highlight communist influence in the Congress as well as the Obama Administration, since Davis and Obama are long-time friends.

Rep. West clearly understands the media war as well and said about the controversy over his comments: “The press wants to write gotcha stories and talk semantics, but just look at the words and actions of the [Congressional] Progressive Caucus. You can call them socialist, Marxist, communist or whatever you want, but the point is, they oppose free markets and individual economic freedom, they want to redistribute wealth, and they want to see the nation fundamentally transformed. Their policies are destructive and I will stand up to them regardless of the critics. Members of this Caucus lavished praise on Fidel Castro following a 2009 visit, just to name one example. The Communist Party USA claims the Progressive Caucus as its ‘ally.’”

West was referring to a 2009 visit to Cuba by Reps. Barbara Lee (D-Cal.), Bobby L. Rush (D-Ill.) and Emanuel Cleaver II (D-Mo.), who met Fidel Castro. Rush said about Raul Castro, “I think that what really surprised me, but also endeared me to him, was his keen sense of humor, his sense of history and his basic human qualities.”

Lee began her career in the California state legislature as a secret member of the Committees of Correspondence for Democracy and Socialism, a spin-off from the Communist Party.

To go along with the new Davis material, Segal found old film footage of Obama at an event praising Davis as someone who “shares our values.” His post examines how the careers of Obama and Davis came together in Chicago through such vehicles as the New Party. He said he saw this video as part of Obama’s long-overdue media “vetting” process.

Summarizing the video exchanges, Segal reported, “When questioned about his relationship with the Communist Party, Davis abruptly fled the scene, refusing to answer any further questions…”

Rep. Davis: “I thought you’re just a citizen? Why are you worried about the Communist Party?”

Segal: “I shouldn’t be worried about the Communist Party?”

The sponsors of the event, which was headlined, “‘Tea party’ Congress can’t stop the fight for equality!” were PeoplesWorld.org, the South Halsted Unemployed Action Center and the Workers Education Society. The telephone contact number is the same as that of the Illinois Communist Party.

People’s World says it has a “special relationship with the Communist Party USA” and publishes its “news and views.” In other words, it is an official outlet for the CPUSA.

After obtaining and posting the footage, Segal says he called the House Homeland Security Committee to inquire about whether they are concerned about a member of the committee having close ties to a political organization that used to be funded by Moscow and controlled by the old Soviet intelligence service the KGB. He tells AIM he has not heard back.

The KGB has been replaced by the Russian FSB, which operates in the U.S. and can count on Moscow-funded Russia Today (RT) television to transmit its propaganda messages.

Taking on the major media, in order to get out alternative news and information, is becoming a full-time job for Segal, who tells AIM that he was motivated after meeting Andrew Breitbart and watching him in action. He decided, “Wow. I can do this,” and launched www.rebelpundit.com shortly after that.

“I don’t have a heart in real estate anymore,” he said, referring to his previous occupation. “I’d rather do this. My heart is in saving the country. If I could just get some way to pay my bills so I can keep going.” He requests contributions, saying, “Your generous contributions are an incredible part of what keeps us on the front lines of this battle and maintaining our site. We sincerely appreciate your continued support in our effort to restore freedom, liberty and truth in the media.”

The first event he covered was an anti-Israel protest, where he questioned the demonstrators about their claims that the Jewish state was waging “genocide” against Arabs. He found they couldn’t explain or define what they were protesting.

He followed that up with a video of an event where people stood up in defiance and said the Pledge of Allegiance at a political forum where it had been prohibited. Segal interviewed the League of Women Voters Forum Moderator who took offense at the spontaneous outpouring of patriotism. “That ended up on Glenn Beck, and Breitbart was putting everything up I sent over there. I kept on going, working for free, still trying to sell real estate, and doing what I can do to help,” he said.

The exchanges at the Davis awards ceremony weren’t Segal’s only exposure to CPUSA members. He previously recorded CPUSA official John Bachtell speaking to members of the Occupy Chicago movement, bringing greetings from the CPUSA.

The video about Davis is big, but Davis’s collaboration with the CPUSA actually goes back many years. The second national conference of the U.S. Peace Council, a CPUSA front, was held in New York City in 1981 and featured Davis, then a Chicago City Council alderman, as a “conference endorser.”

A brochure of the event included Carol Moseley Braun, then an Illinois state representative and later a U.S. senator, as a conference endorser.

The official program of the event featured:

However, Congress no longer seems interested in communist activities on Capitol Hill. The committees or subcommittees dealing with internal security matters were abolished by liberal politicians many years ago.

If the media are not going to tell the truth, the only way to definitely resolve the controversy over the remarks of Rep. West is to restore these panels and examine the evidence. Such a probe is possible, since the Republicans control the House. But is there a political will to mount such an investigation?