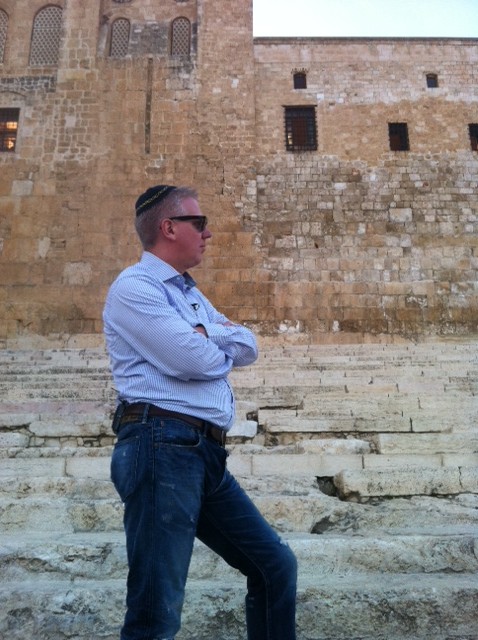 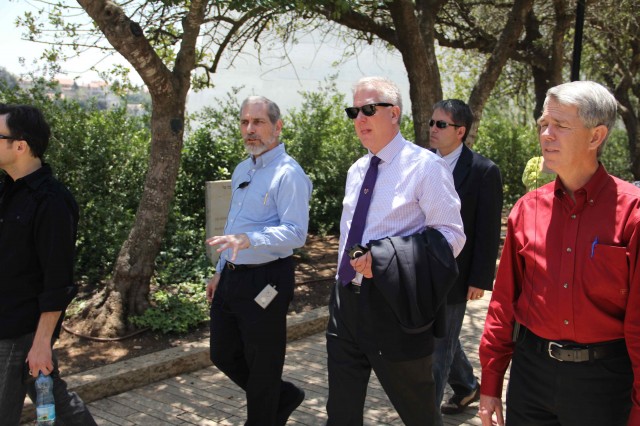 This morning, FOX news personality and conservative talk show host Glenn Beck announced his intention of organizing a major rally in Jerusalem that is scheduled for August. During his morning radio program, he reminded his listeners of his previous rally, held in Washington, DC on August 28, 2010 called “Restoring Honor” which drew hundreds of thousands of people. Mr. Beck exhorted “all decent people and people of faith” to join him in Jerusalem in a rally called “Restoring Courage.” Having recently returned from a trip to Israel, where he visited the Temple Mount, he said upon his departure, “The Temple Mount almost pulsated. I could feel it.”

As a vocal advocate and fervent supporter of Israel, Mr. Beck has made Israel and the Jewish people a focal point of his broadcasts. On Feb. 4, 2011, Mr. Beck offered his prognostications on the revolution in Egypt by telling his television audience that, “If President Hosni Mubarak does step down, however, the Muslim Brotherhood would be the most likely group to seize power. They’ve openly stated they want to declare war on Israel and they would end the peace agreement with Israel and they would work towards instituting something we told you about, a caliphate.”

Often declaring his deeply held conviction that Israel and the Jewish people are being “set up,” Mr. Beck has consistently addressed the exponential rise in anti-Semitism. “Old hatreds are coming over the horizon; it’s a well-laid plan. Right now, when you’re paying $4 a gallon for gasoline, it’s tough. Pretty soon, you’re going to want somebody to blame. And politicians always are there to give you someone to blame. And mark my words, we will be paying 10 dollars a gallon for gasoline. When that happens and someone comes to you and says, “It’s the Jews. It’s Israel. If they would just give up Jerusalem. If they would just divide Jerusalem.” It is coming. This will be the mantra come September. “If they just divide Jerusalem, they just give it up! Go back to the ’67 lines.” It’s coming,” he ruefully observed.

Issuing an impassioned appeal to his listeners earlier today, Mr. Beck warned that Israel is in imminent danger, “Things in Israel are going to get bad. They are going to spread across the Middle East. The things that I’ve told you are coming, will come. It’s only a matter of time.” Making an oblique reference to the upcoming meeting between President Barack Obama and Israeli Prime Minister Benjamin Netanyahu, Mr. Beck said, “There are people that will promise you “peace” in the coming months. They are going to attack the center of our faith; our common faith and that is Jerusalem, but it won’t be with bullets or bombs. It will be with a two-state solution that cuts off Jerusalem; the Old City, to the rest of the world.”

Alluding to the dramatic escalation in global anti-Western and anti-Israel animus, Mr. Beck said, “There are forces in this land, and forces all over the globe that are trying to destroy us, but remember, ‘we are the great Satan and Israel is the little Satan.'” Offering a historical retrospective, he said, “Many in the history of man have had the opportunity to stand with the Jewish people; Poland, Russia, Germany, and time and time and time again, they have failed.”

As a devout Mormon, Mr. Beck spoke of his religious beliefs in the unfolding of geo-political realities. “The only seat of government that can and will solve this problem, with or without us is G-d. It is time to return inside the walls that surround Jerusalem and stand with peoples of all faiths, all around the world.” Beseeching his listeners to join the rally in Jerusalem, Mr. Beck exclaimed, “As a citizen of America and a brother in the family of man, I come to you today and ask you to stand; stand with me in Jerusalem.”

Candidly admitting that he didn’t know how many people would show up, or how much the event would cost, he declared that the rally would be “a life altering event” and warned that the “very gates of hell” would fight his attempts to hold the rally.

4 thoughts on “Glenn Beck Announces “Rally In Jerusalem” In August”